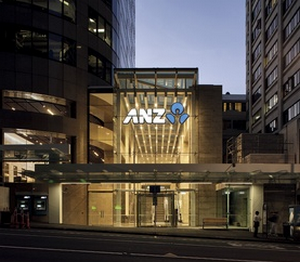 Net interest income rose $31 million, or 1%, to $2.298 billion, and the bank said net interest margins have recently stabilised after a period of contraction, which was blamed on higher funding costs and customers preferring fixed-term loans over more lucrative floating rate loans.

"Other" operating income surged $128 million, or 20%, to $754 million, which ANZ attributed to higher trading income and valuation gains on derivatives. Nine-month profit from ANZ's institutional business surged $121 million, or 76%, to $281 million. Profit from its retail arm rose $41 million, or 6%, to $751 million.

Over the nine months to June ANZ NZ paid $765 million worth of ordinary dividends, down $25 million from the equivalent period of the previous year.

I am in favour of a robust, stable and well capitalized Banking sector , but it needs to be balanced with social responsibility .

The awful truth is that the banks pay depositors 1 or 2 or 3% % and lend at over 10% on vehicle and business asset finance and similar rates on overdrafts and other forms of unsecured lending .

Then add Bank admin fees , bank charges and raising fees ( in a market awash with money ) and its like shooting ducks in a tunnel

Not many business have margins and fees that are quite a huge as this .

Hopefully Apple or Amazon start to compete in the banking market in this part of the world. We need some competition.

Oh yesss, I like th4e sound of that Rob

NOOOO - That would destroy the banking sector because tech companies are volatile and banking must be stable in nature.

But, but, but, the bank's magin's were supposed to be under threat ???