As 2018 progresses we are moving ever closer to the date when payment for today’s recovery will fall due. The recent market gyrations suggest awareness of the inevitable reckoning is already beginning to dawn

As 2018 progresses we are moving ever closer to the date when payment for today’s recovery will fall due. The recent market gyrations suggest awareness of the inevitable reckoning is already beginning to dawn
8th Feb 18, 5:37pm
by Guest 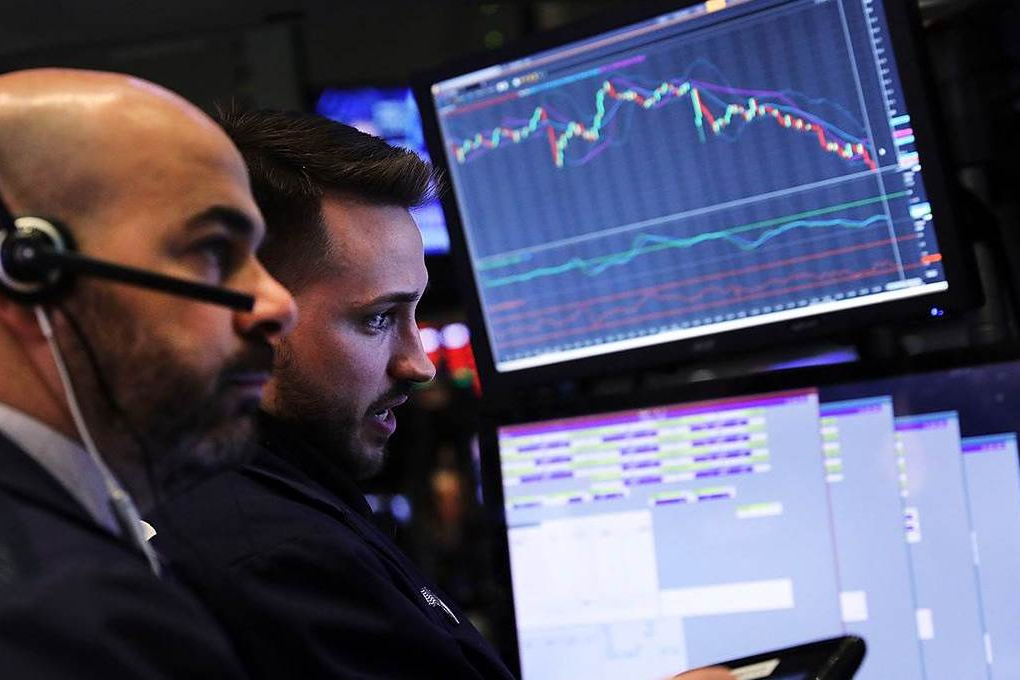 In recent days, the initial New Year optimism of many investors may have been jolted by fears of an economic slowdown resulting from interest-rate hikes.

But no one should be surprised if the current sharp fall in equity prices is followed by a swift return to bullishness, at least in the short term.

Despite the recent slide, the mood supporting stocks remains out of sync with the caution expressed by political leaders.

Market participants could easily be forgiven for their early-year euphoria. After a solid 2017, key macroeconomic data – on unemployment, inflation, and consumer and business sentiment – as well as GDP forecasts all indicated that strong growth would continue in 2018.

The result – in the United States and across most major economies – has been a rare moment of optimism in the context of the last decade. For starters, the macro data are positively synchronized and inflation remains tame. Moreover, the International Monetary Fund’s recent upward revision of global growth data came at precisely the point in the cycle when the economy should be showing signs of slowing.

Moreover, stock markets’ record highs are no longer relying so much on loose monetary policy for support. Bullishness is underpinned by evidence of a notable uptick in capital investment. In the US, gross domestic private investment rose 5.1% year on year in the fourth quarter of 2017 and is nearly 90% higher than at the trough of the Great Recession, in the third quarter of 2009.

This is emblematic of a deeper resurgence in corporate spending – as witnessed in durable goods orders. New orders for US manufactured durable goods beat expectations, climbing 2.9% month on month to December 2017 and 1.7% in November.

Other data tell a similar story. In 2017, the US Federal Reserve’s Industrial Production and Capacity Utilization index recorded its largest calendar year gain since 2010, increasing 3.6%. In addition, US President Donald Trump’s reiteration of his pledge to seek $1.5 trillion in spending on infrastructure and public capital programs will further bolster market sentiment.

All of this bullishness will continue to stand in stark contrast to warnings by many world leaders. In just the last few weeks, German Chancellor Angela Merkel cautioned that the current international order is under threat. French President Emmanuel Macron noted that globalization is in the midst of a major crisis, and Canadian Prime Minister Justin Trudeau has stated that the unrest we see around the world is palpable and “isn’t going away.”

Whether or not the current correction reflects their fears, the politicians ultimately could be proved right. For one thing, geopolitical risk remains considerable. Bridgewater Associates’ Developed World Populism index surged to its highest point since the 1930s in 2017, factoring in populist movements in the US, the United Kingdom, Spain, France and Italy. So long as populism lingers as a political threat, the risk of reactionary protectionist trade policies and higher capital controls will remain heightened, and this could derail economic growth.

Meanwhile the market is mispricing perennial structural challenges, in particular mounting and unsustainable global debt and a dim fiscal outlook, particularly in the US, where the price of this recovery is a growing deficit. In other words, short-term economic gain is being supported by policies that threaten to sink the economy in the longer term.

The Congressional Budget Office, for example, has forecast that the US deficit is on course to triple over the next 30 years, from 2.9% of GDP in 2017 to 9.8% in 2047, “The prospect of such large and growing debt,” the CBO cautioned, “poses substantial risks for the nation and presents policymakers with significant challenges.”

The schism in outlook between business and political leaders is largely rooted in different time horizons. For the most part, CEOs, hemmed in by the short termism of stock markets, are focused on the next 12 months, whereas politicians are focusing on a more medium-term outlook.

As 2018 progresses, business leaders and market participants should – and undoubtedly will – bear in mind that we are moving ever closer to the date when payment for today’s recovery will fall due. The capital market gyrations of recent days suggest that awareness of that inevitable reckoning is already beginning to dawn.

Dambisa Moyo, an economist and author, sits on the board of directors of a number of global corporations.  Copyright: Project Syndicate, 2018, published here with permission.

I’ll have a beer.

Excellent article. It's now time to pay the Piper.

Inconvenient ‘populism’ getting in the way of the intent of global corporate entities progress.

Does populism = anti-neoliberalism ? I mean what is "populism"? To me it seems like some nebulous derogatory term that's often applied by mainstream media neolib sycophants to anyone not supporting the mainstream media's narrative.

lol, so if you have a "thin ideology" you're a populist, alternatively you have a "thick" ideology. Whatever your political aspirations we've got a derogatory term for you! I think my definition's probably quite accurate. Bernie Sanders and Donald Trump were both labeled as "populist"

Also, I think whatever narrow mindedness is being promoted has to claim to 'speak on behalf of the people' to be populist.

It's a badly misused word unfortunately.

To understand populism, you need to understand the work of Edward Bernays who described the masses as irrational and like herd animals (sheeple). Using the art of public relations and media, politicians can control their subjects and influence their attitudes and behavior. To get to that point, you need to tickle the emotional triggers that delight the critical mass of society.

Take John Key. His jokey, guy-down-the-road persona was kind of subtle populism. That's not to say he had any depth, but to execute the agenda, you need the people on your side.

Populism is about the erosion of democratic process. And self censorship by the media.

Trump is unfortunately a fascist. (small f). He'll dumb down the expectations of the Public so much that they end up like Germany in the 30s. It will happen again, if the yanks don't pull finger.

I don't think the Germans were dumbed down...Aryan philosophy was well underway from the 19th century, and nationalist societies and groups were rife (good book on this here, one I've started and need to finish). And these were the days when racial purity and eugenics were mainstream topics in the USA, too.

Some interesting parallels as the world once again grapples with globalism vs. nationalism - as it did prior to WW1. And imperialism, albeit in different economic garb. (On imperialism, I found it interesting how the Jian Yang case divided NZ's Chinese community - those who would be okay with NZ under China vs. those who got out because they prefer what independent NZ society embodies: http://www.nzherald.co.nz/nz/news/article.cfm?c_id=1&objectid=11963316)

The ying and yang of these situations is always interesting....in terms of cause and effect...

By being too globalist, a part of a countries society may feel abandoned and push the nationalist theme to try prevent being abandoned by their current leadership....so in a sense, you could blame Obama for creating Trump and equally National's inability to care about certain segments of society has resulted in a shift in NZ as well (in my opinion - just look at some of the anti-chinese posts on this site today for example)

National pushed the globalism theme too strongly in my opinion, and as a result we have a generation of people who may never afford a house. That causes resent. As a result many could become quite strongly nationalist - and that is caused by the globalists who thought they were doing the right thing at the time. One causes the other... (strange that 'National' was really the 'Globalists' party?)

Stats say its due a crapper. Also the swan of each big crash...Bugatti release the fastest and most expensive car. Royale in the 30s, EB110 in mid 80s, Veyron prior GFC.

How does the Bugatti index correlate with the VIX?

"CEOs, hemmed in by the short termism of stock markets, are focused on the next 12 months, whereas politicians are focusing on a more medium-term outlook".
Politicians would have their eye on when the next election is. Pretty short term as well in my view.
Whereas myself, a much much longer timeframe and as a consequence I see all this borrowing by govts and councils as being totally and utterly imprudent.

It's not quite Chinese New Year so there's only 15 Auckland mortgagee sales right now. We're primed for a real bear market here given that people are going bust with interest rates so low that their total mortgage payment would be cheaper than renting. That is assuming they didn't borrow more money after their original purchase. Seriously who's going broke on a four bedroom house bought for $290k originally?

it is 10 years since GFC so we are due ,
i picked a downturn last year due to fed increasing rates, so am already out by one year, so maybe this year will be the turning point from bull to bear.
FED are due for an increase in march so we shall see

Strong employment, strong rural returns, most of the economy is doing well right now. Here and internationally, I can't see any reason why there should be imminent bear market. Have seen this before when interest rates start to rise but that is actually a positive indicator imo

I cant work out the valuations of alot of the stocks these days. Someone please explain A2s valuation to me while keeping a straight face? I dont think its beging to dawn on the market....we all know it, just what is the "collective we" supposed to do? Perhaps exit kiwisaver and buy gold, bitcoin or just stuff it in the mattress.