Ultra-loose monetary policy stopped being appropriate long ago says Germany's Jürgen Stark, and the ECB's refusal to normalise policy faster is drastically increasing the risks to financial stability
20th Feb 18, 8:30am
by Guest 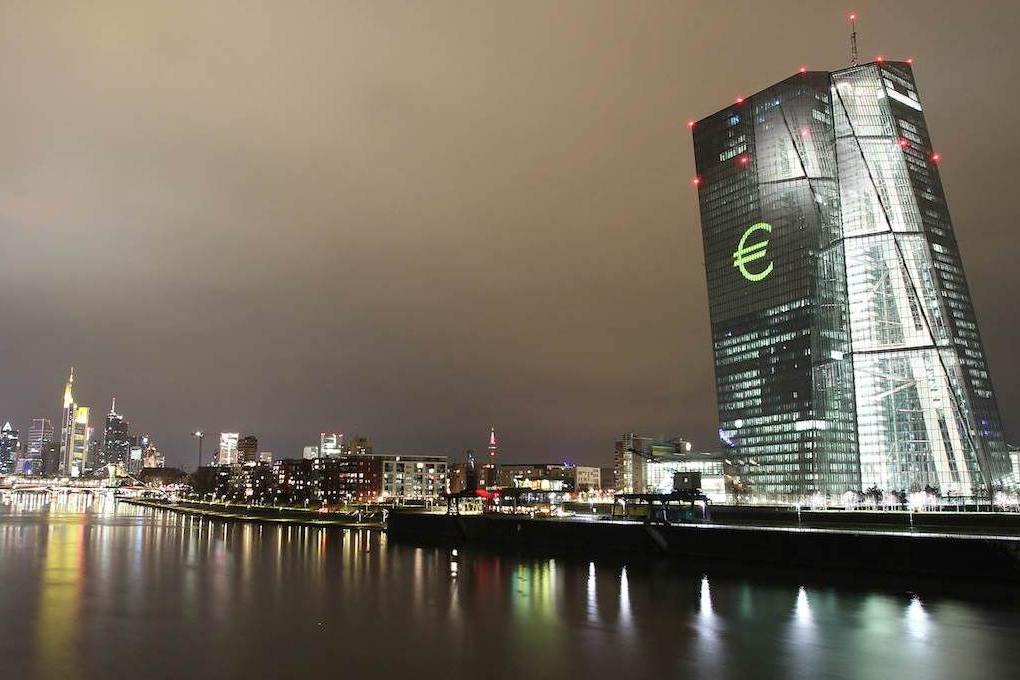 The Dow Jones Industrial Average’s recent “flash crash,” in which it plunged by nearly 1,600 points, revealed just how addicted to expansionary monetary policy financial markets and economic actors have become. Prolonged low interest rates and quantitative easing have created incentives for investors to take inadequately priced risks. The longer those policies are maintained, the bigger the threat to global financial stability.

The fact is that ultra-loose monetary policy stopped being appropriate long ago. The global economy – especially the developed world – has been experiencing an increasingly strong recovery. According to the International Monetary Fund’s latest update of its World Economic Outlook, economic growth will continue in the next few quarters, especially in the United States and the eurozone.

Yet international institutions, including the IMF, fear the sudden market corrections that naturally arise from changes in inflation or interest-rate expectations, and continue to argue that monetary policy must be tightened very slowly. So central banks continue to postpone monetary-policy normalization, with the result that asset prices rise, producing dramatic market distortions that make those very corrections inevitable.

To be sure, the US Federal Reserve has moved away from monetary expansion since late 2013, when it began progressively reducing and ultimately halting bond purchases and shrinking its balance sheet. Since the end of 2015, the benchmark federal funds rate has been raised to 1.5%.

But the Fed’s policy is still far from normal. Considering the advanced stage of the economic cycle, forecasts for nominal growth of more than 4%, and low unemployment – not to mention the risk of overheating – the Fed is behind the curve.

Other advanced-economy central banks, still stuck in extreme crisis mode, are doing even worse. Neither the Bank of Japan nor the European Central Bank has provided any indication that it is set to tighten monetary policy, even though economic conditions today are totally different from those that prevailed during the crisis and subsequent double-dip recession in the eurozone.

The ECB, in particular, defends its low-interest-rate policy by citing perceived deflationary risks or below-target inflation. But the truth is that the risk of a “bad” deflation – that is, a self-reinforcing downward spiral in prices, wages, and economic performance – has never existed for the eurozone as a whole. It has been obvious since 2014 that the sharp reduction in inflation was linked to the decline in the prices of energy and raw materials.

In short, the ECB should not have regarded low inflation as a permanent or even long-term condition that demanded an aggressive monetary-policy response. The problem is that ECB officials have become excessively focused on ensuring price stability by meeting a short-term inflation target, defined broadly as “below, but close to, 2%,” with the specific goal being 1.9%.

This is out of line with the intentions of the ECB’s Governing Council, as enunciated in 2003, after an evaluation of the previous four years of monetary policy. At that time, the ECB confirmed the definition of price stability it adopted in 1998, but clarified that it aims to maintain the inflation target over the medium term, while recognizing that a central bank cannot control inflation with enough precision to establish a specific rate.

The ECB’s policy is also out of line with economic reality: the eurozone, like most of the rest of the global economy, is experiencing a strong recovery. Yet the ECB will probably view the recent stock-market turbulence as confirmation that it should maintain its current policies.

Although the Governing Council seems convinced that expansionary policies remain vital to support GDP and employment growth, and to keep deflation at bay, that seems unlikely. Indeed, insofar as the impact of these policies on the recovery can be reliably measured, it is probably modest – definitely not worth the €2.3 trillion ($2.8 trillion) in assets purchased since April 2015, not to mention the other consequences of maintaining zero or negative interest rates.

One of those consequences is that the ECB’s policy interest rate has lost its steering and signaling functions. Another is that risks are no longer appropriately priced, leading to the misallocation of resources and zombification of banks and companies, which has delayed deleveraging. Yet another is that bond markets are completely distorted, and fiscal consolidation in highly indebted countries has been postponed.

So the benefits of the ECB’s policy are questionable, and its costs indisputable. The current ECB policy is thus simply irresponsible, as is the utter lack of any plan for changing it.

In this sense, the ECB’s Governing Council is, consciously or unconsciously, following the Nobel laureate economist Paul Krugman’s 1998 advice that the Bank of Japan “credibly promise to be irresponsible” when nominal interest rates are already at zero and monetary policy is in danger of becoming ineffective. The central bank, Krugman declared, should stoke inflation through ongoing monetary expansion, in order to reduce real interest rates.

Krugman repeated this recommendation a few years ago, when he, along with former US Treasury Secretary Lawrence H. Summers, revived the theory of “secular stagnation.” But discussion of that theory has now ended – and for good reason. It is time to end the ECB’s irresponsible expansionary policies as well.

Jürgen Stark is a former member of the ECB’s Executive Board and a former deputy governor of the Deutsche Bundesbank. Copyright: Project Syndicate, 2018, published here with permission.

Tell it like it is Jurgen! Low interest rates are a politician's and central banker's dream. Not only good for growth but cuts down on government interest bills as well. Millions of satisfied mortgage borrowers and sainthood given by investors, and on top of that chances are they will work wonders for the exchange rate. It is so easy to see why central bankers are addicted to them. They will keep working until the day they don't, and I'm not looking forward to when that happens.

a) CBs like to appear as "kill joys" and always tend to keep OCR's higher than sane.

b) low interest rates are a symptom of an economy in the doldrums (at best). Certainly when you look at the un-employment in the south of the EU with little sign of recovery (ie growth) thinking about raising the OCR is really stupid IMHO.

I am not sure what you mean by "They will keep working until the day they don't, and I'm not looking forward to when that happens."

So low rates stop a recession/dpression happening. So raising rates is far more likely to bring forward the day you are not looking forward to ie triggering a global recession.

Steven, your assumptions are based on the belief that CB central planning control can overcome the business cycle, which has never been the case in history. Secondly, they are powerless to control long term interest rates, so their short term interest rate manipulations are always eventually overpowered by market forces.
As far as low rates stopping a recession from coming, it is arguably the opposite effect. By trying to artificially maintain ultra low interest rates, the seeds are being sown for a much larger and prolonged recession than would otherwise be the case. Jurgen is right in his assumptions and the political influences, as well as banking influences, mean that the foxes are in charge of the hen house. Govts will be bust as soon as interest rates rise, which is inevitable. When govt bonds (which are unlikely to ever be paid pack) are marked to reality, the dominoes will start to fall.

Who benefits from low interest rates? Yes, yes, I know housing speculators do, but they just see an opportunity that others create, they have no hand in the creation of the opportunity.

Answer - Homo Bureaucraticus Militarius - The Military Bureaucrats. Why did militarism sweep the world in the 1930s? Low interest rates. So no restraint on military spending. The military are a very powerful part of the bureucratic machinery precisely because they are so very necessary. They are still bureaucrats though.

The example of Ben Benanke's hero, Takahashi Korekiyo is instructive. He saved Japan from the US caused world depression but paid the price in blood. When he tried to rein in the budget the military had this venerable elder statesman murdered in his bed. Specifically, a junior officer severed his head while he slept.
https://en.wikipedia.org/wiki/Takahashi_Korekiyo

Hjalmar Schacht, the equally brilliant central banker who enabled Germany to rise from the ashes and build excellent housing for the workers and Motorways in the 1930s also enabled re-armament and the Nazi Party, who eventually threw him in a death camp. By good fortune he survived, but has been vilified since, probably unfairly.

Now we have centralisation of power and rise of militarism worldwide, from the US to Russia, China, Turkey, Saudi Arabia and India; all caused by low interest rates.
https://www.zerohedge.com/news/2018-02-19/turkey-threatens-invade-greece

The conventional use of a CB setting an interest rate "sensibly" is to control inflation and avoid recessions. So as to who benefits from avoiding a recession? I'd suggest we [mostly] all do.

Speculators act I suggest on there being a big enough NET profit from short term speculation to yield a huge profit, ergo low interest rates dont matter unless there is a big profit on the other side.

Your/their determination that the causation of militarism is low interest rates is laughable frankly its a symptom not a cause.

If I was a devious US president who wanted to invade, let me see now, Iraq, for instance, it would be rather helpful if (a) interest rates just happened to be nice and low so the budget blow out wouldn't matter too much (I would of course lie through my teeth about the cost), and (b) choose a time when there just happened to be lots of unemployed young men about.

The whole edifice of government bonds and special privileges for fractional reserve banking grew out of the need for war finance. Previously wars had to financed as cash was spent, by high immediate taxation. Bond finance is how the British defeated Napoleon. Provisions in the Peninsular War were paid for by the British Army under Wellesley, rather than stolen by the French Army. All financed by bonds issued by the Rothschilds to the public. As Wellesley's army moved through Portugal and Spain it got bigger as the locals joined it.

Zerohedge - alt-right reporting at its best!

The BoJ is actually worse - they're effectively nationalising equity markets.