Siah Hwee Ang says we are accustomed to a regime that centres around the US ‘leading the world’, but now China is actively seeking out and willing to take on some of these roles

Siah Hwee Ang says we are accustomed to a regime that centres around the US ‘leading the world’, but now China is actively seeking out and willing to take on some of these roles 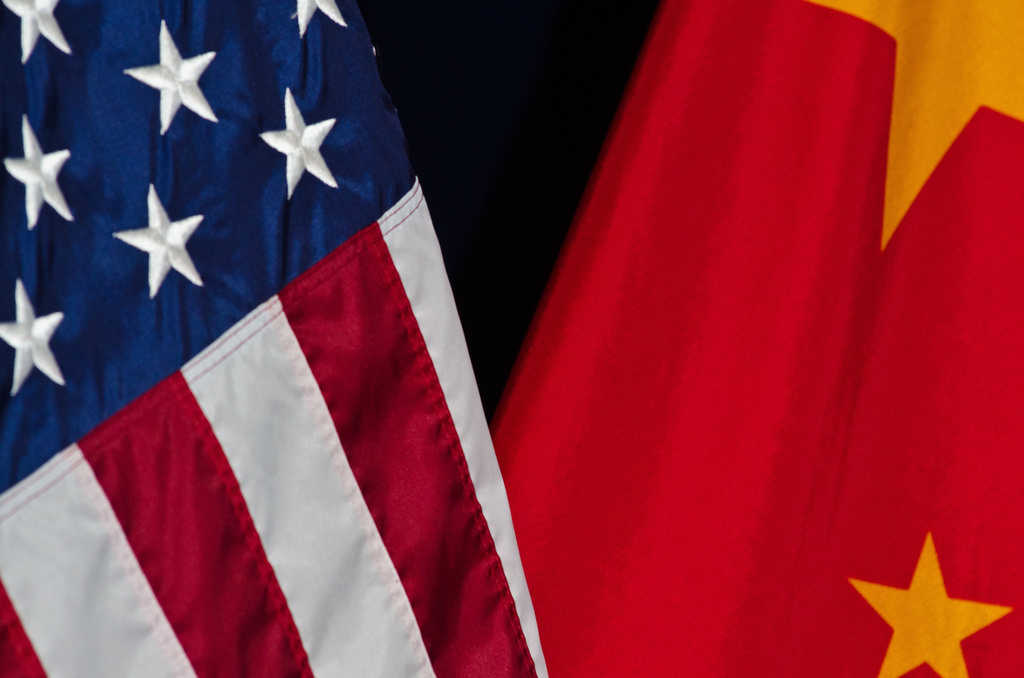 Things have quietened down around the ‘looming trade war’ between the US and China.

There has been less media coverage over the last few days and it may have begun to taper off thanks to the Ching Ming Festival holidays in China early April.

Tensions between the US and China are unavoidable.

Especially since China overtook the US in 2013 as the largest trading nation in the world.

Never has the US been overtaken in any key economic indicators by any other country.

But the rise of China’s economic power is always going to afford questions around the US’ (sliding) dominance on the world economic stage.

In the post-election period in the US in December 2016, Wilbur Ross, who is now United States’ Secretary of Commerce, said that “there aren’t going to be trade wars”.

But here we are at the doorsteps of an impossibility.

A move away from globalization is what transpired.

And it’s not just about trade, we are more frequently observing bans on foreign acquisitions.

Nonetheless, the bulk of attention is always on trade, especially when the US has significant trade deficits with China.

The World Trade Organization (WTO), once a US-led system that governed appropriate trade practices across the globe is now short of being deserted by the US itself.

It is not China’s turn to complain to the WTO about the US practices of imposing tariffs on China’s goods.

The appointment of Peter Navarro as the lead in trade policy certainly did not go down well, especially since he is the author of the book ‘Death by China’, one of the many books he wrote warning about China.

Culturally, ‘Death by China’ doesn’t fly well with the Chinese.

Despite two meetings between the leaders in the past year, and a desire from both sides for more cooperation in many areas, the bubble burst on 28 February 2018 when the US imposed anti-dumping and countervailing duties on aluminium products from China.

The US has since demanded that China cut its bilateral trade surplus by US$100 billion, from the current US$375 billion.

China’s export volume to the US is almost five times that of the reverse, and that will make it hard to work on the exports front from China.

More imports of US goods into China might have a wider impact, but a reduction of the trade deficit is a hard ask.

With the party shots between the Chinese and US governments, businesses are very much caught in in the middle.

It is less clear to businesses who’s exploiting whom, and businesses from both sides are asking for the governments not to interfere.

This sounds like a call for market forces to take charge, but governments do have the bigger picture to look at.

Meanwhile, other countries are looking at this in different ways.

Given that Chinese companies are now on the global map, their hindrances in dealing with and in the US present both opportunities and threats for other countries.

If there is more cost for the Chinese companies, and if they choose to stay with their US option, then more resources will have to be routed there, which means fewer resources for other countries for Chinese monies.

Some Chinese companies may choose to diversify their risks with the US and invest more elsewhere. Other countries can gain from this trade substitution.

In many ways, the world is used to a regime that centres around the US ‘leading the world’. But now we do see that China is actively seeking out and is willing to take on some of these roles.

Tension will be there for a while, despite both countries maintaining that they are happy to cooperate and be consultative.

As they jostle for positioning, the world will have to watch and be aware of collateral damage and benefits.

But a full-blown trade war seems unlikely—as I have mentioned a few times before, the world does need both countries to be in good shape. We know that in order for either one to be strong, the relationship with the other is crucial.

*Siah Hwee Ang is the BNZ chair in business in Asia and also chairs the enabling our Asia- Pacific trading nation distinctiveness theme at Victoria University.

The diplomatic relationship between China and the US at the moment is like a wife and a husband who cannot afford a divorce.

LOL. Perfect recipe for a murder. I wonder where the doer of the deed would hide the body.

Who started the trade war? Did USA impose tariffs on Chinese imports completely randomly, or was it because the trade was never free in the first place?

Also, can we be a bit more specific about this regime I am living under that centres itself around the US 'leading the world'.
And what are these roles that China is taking on under this regime?

The rise of China was an inevitability under a reasonable and stable Government. Only a fool would fail to recognise that. the only question is - how can everyone fit into the puzzle that is our world, so that wealth opportunities exist for all? We need to remember it is a finite world, so unlimited growth is a fallacy that must be put to bed. Ultimately this is all about the money go round? No one really benefits with all the worlds wealth accumulated into just a few hands. With it shared across the world, many of the problems that we have today will vanish, because they are rooted in inequity. The we could focus on ensuring our environment is fit to support us. Yes I know i'm a dreamer, but without dreams where would we be?

Here is a quote from "Dark Forest" the 2nd book of the "Three body problem" trilogy.

"There two basic axioms in cosmos sociology:
1. Survival is the first need for civilization; and
2. Civilization continues to grow and expand, but the total amount of matter in the universe remains unchanged."

In "Dark Forest" the chain of suspicion ultimately means each civilisation will probably seek to destroy the other because they can never be truly reassured that the other civilisation is benevolent.

However, whilst this kind of psychology does undoubtedly exist in real world international affairs (irrelevant of benevolence), it also coexists with every country also knowing that we can only take our suspicions so far without risking the utter destruction of life as we know it. So it's a little different to cosmic sociology. We all have to share this planet ultimately.

Yes. In cosmos scale, suspicious chain is because of the immense distance between civilizations and civilization differences in themselves.

On earth, we get closing to each others day by day and civilizations can understand and cope to their differences.

Open your eyes and hearts!