A tax expert is praising the Government’s move to introduce a 12.5% R&D tax credit, saying it’s a deliberate step to incentivising innovation

Business
A tax expert is praising the Government’s move to introduce a 12.5% R&D tax credit, saying it’s a deliberate step to incentivising innovation 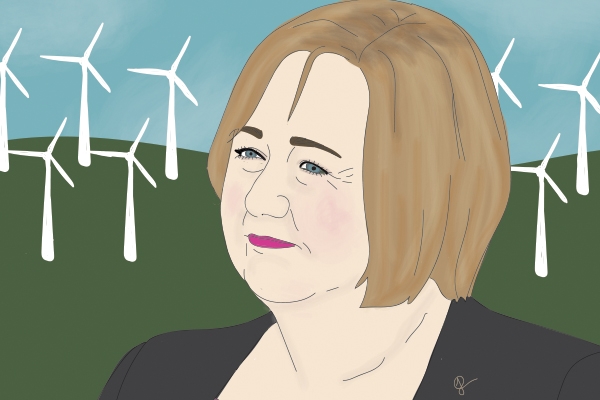 A top tax expert says the Government’s moves to introduce a 12.5% R&D tax credit is “the most significant tax move in several years.”

Praise for the policy has also come in from the Taxpayers’ Union, with its Executive Director calling Science, Research and Innovation Minister Megan Woods a “taxpayers’ hero.”

EY executive director David Snell says the policy is significant as it represents a “shift in mindset” around taxation.

Starting April 1 next year, business will be able to claim a tax credit for up to $120 million of R&D expenditure each year.

“Tax in recent years has been broad-based, low rates and no incentives for anything,” Snell says.

He adds that the tax credit is a deliberate step to incentivising innovation.

“Tax incentives can make a significant difference, both to R&D and to businesses’ mindsets. Business will begin to consciously think about if what they are doing is R&D and if it can be treated as innovation?”

Snell says he’s happy the idea is getting another breath of life – in 2008, the scheme was tried but only lasted a year before being abolished by National in favour of R&D grants.

But the scheme announced on Thursday morning is not going to be a carbon copy of the 2008 iteration, Woods tells Interest.co.nz.

She says the world has changed significantly since Labour introduced the scheme in 2007 and she and her team have been doing research on the policy since the election.

For this policy, she says the Government has a real focus on transparency.

“For example, the option we have suggested is the name of every company that receives an incentive will be published – not the amount they’re claiming, that will remain confidential.”

One of the major criticisms of the tax credit system in 2008 was around the compliance cost.

“The credit involves significant compliance costs for firms and their advisors in preparing returns and in determining which expenditure is eligible for the credit,” a 2008 regulatory impact statement on the tax credit said.

It also outlined potential concerns around businesses claiming the credit on pre-existing R&D investment plans, as well as the recharacterisation of existing expenditure to fit the eligibility criteria.

Woods says these issues are already in the Government’s crosshairs and it has an entire year to get the system fine-tuned.

“In terms of compliance costs – what we have heard repeatedly from businesses since 2008 is that for a number of our companies the compliance cost for applying for grants is really high and they would actually prefer a tax incentive system where it’s part of their filing.”

The group is critical of Callaghan Innovation, accusing it of giving taxpayer-funded handouts to “hand-picked” businesses.

A discussion paper explaining the tax credit scheme reveals that Callaghan’s growth grant scheme will be phased out as the tax credits are phased in.

“An across-the-board tax incentive is a far tidier and less risky solution than gambling taxpayer money on a handful of fat grants to select businesses.”

But National says cancelling the growth grant scheme at the same time as introducing the tax credits will negatively affect “hundreds of New Zealand companies.”

Woods says the Government is looking into a phasing and transition period for these growth grants, as many of them are stretched over a number of years.

“We need to keep the settings right to make sure no one pulls back on research in the short term because their grant has been stopped.”

Germany and Switzerland have above average rates of R&D spend, and no tax incentives/credits. It will keep our accountants happy.

Labour's mentality is that TAX can do EVERYTHING and it is the ONLY government should do.

I am MAKING this UP and randomly SHOUTING.

LOL. I don't think some people think about what goes on in the reader's head when they write - CAPITALS ARE SHOUTING!!!! Would you shout those words at us in person?

I don't have a problem with government thoughtfully structuring the tax system to incentivise good and disincentivise bad behaviour (good and bad with respect to the national interest, not some pompous ideology). That said, they must keep the principle of simplicity in mind as far as possible, and this government is falling woefully short in this area with many of its new and proposed taxes.

Anything that encourages R&D in New Zealand has to be a good thing (much like anything that discourages smoking is).

I suspect wth some of the posters here they would not only shout the words at you, but you'd get the full frothing/spray at the mouth experience too. Would either be entertaining or terrifying. I wonder if you'd get teh tjhrobbing vein in the forehead too?

I was ambivalent about the R&D tax credits as I want to know how much this will cost. But now that the Taxpayers' Union is for it then I am firmly against them.

One of the problems with these things is the administrative overheads are huge if you want to avoid companies sneaking various production and marketing costs into the R & D budget. No doubt that is what the taxpayers union is salivating at the prospect of.. or simply because they are anti-tax and a tax-credit is as good as a tax reduction in their eyes, no further thought required.

It's a dumb idea which complicates the system. No wonder accountants love it. Companies will be reclassifying all kinds of activity as R&D. Productive businesses would not need any credits if property was taxed appropriately.

They also struggle to find good staff when NZ living costs are high. Why would a highly experienced person come to NZ and put up with expensive living costs, expensive property and traffic congestion?

Another headline motivated action that doesn't get to the root of the problem.

Want to make NZ an R&D hub?
Stop lowering the IQ of the population. Stop paying dumb people to breed in great numbers.
Stop pushing our young successful people overseas with overpopulation and high housing costs.
Stop funding wasteful degrees such as art and history and encourage people into productive education such as engineering.
Stop importing chefs, taxi drivers, petroleum retailers and "retail managers" and their extended families and start to import some people with you know... skills!

"New Zealand was once at the bottom of the OECD in terms of policy support for R&D spending, this change will put us back in last place. At a time when other countries such as Australia are about to increase their support for innovation, New Zealand firms will once again be at a competitive disadvantage in this respect."

National leader John Key, in announcing the move to drop the scheme yesterday as part of the party's tax policy, said he had been concerned with the scheme's effectiveness.

"It's clear that the tax credit has created a lot of business for tax accountants and tax advisers, but evidence of real increases in R&D is harder to find."

Walley said Key's comment was "daft", as the R&D credit only applied for the first time in the 2008 income year.

"We have already sunk the setup costs, abolishing the credit now is extremely wasteful and confusing."

By way of international comparison, here are R&D tax benefits as a percentage of expenditure for SMEs in a few other countries: (includes tax deduction for R&D based upon standard corporate rate in each country). Source