Zhang Jun argues that, contrary to popular belief in the West, China remains a very long way from tech predominance

Zhang Jun argues that, contrary to popular belief in the West, China remains a very long way from tech predominance
31st Jul 18, 11:07am
by Guest 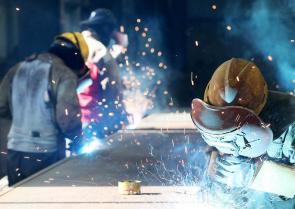 Over the past two decades, China has been achieving rapid technological progress, thanks in no small part to its massive investment in research and development, which totaled some 2.2% of its GDP last year. Yet China is nowhere near the technological frontier. In fact, the distance separating it from that frontier is far greater than most people recognize.

In the West, many economists and observers now portray China as a fierce competitor for global technological supremacy. They believe that the Chinese state’s capacity is enabling the country, through top-down industrial policies, to stand virtually shoulder-to-shoulder with Europe and the US.

Harvard economics professor and former US Treasury Secretary Larry Summers, for example, declared last March at a Beijing conference that it is a “historical wonder” that China, where per capita income amounts to just 22% that of the United States, could have the world’s cutting-edge technology and technological giants. The US Trade Representative, in a March report, presented the “Made in China 2025” plan – a 2015 blueprint for upgrading China’s manufacturing capacity – as proof that the country is seeking to displace the US in high-tech industries that it considers strategic, such as robotics.

Moreover, the USTR report asserts, China has happily played the game on its own, and has violated current global rules to achieve its goals. Indeed, many Westerners warn that China is planning to use its technology-based power to impose an entirely new set of rules that is inconsistent with those long enforced by the West.

This is a serious misrepresentation. While it is true that digital technologies are transforming China’s economy, this reflects the implementation of mobile-Internet-enabled business models more than the development of cutting-edge technologies, and it affects consumption patterns more than, say, manufacturing. This kind of transformation is hardly unique to China, though it is occurring particularly rapidly here, thanks to a huge consumer market and weak financial regulation.

Furthermore, it is not so obvious that these changes have anything to do with the government’s industrial policies. On the contrary, the growth of China’s Internet economy has been driven largely by the entrepreneurship of privately owned companies like Alibaba and Tencent.

In fact, Western observers – not just the media, but also academics and government leaders, including US President Donald Trump – have fundamentally misunderstood the nature and exaggerated the role of China’s policies for developing strategic and high-tech industries. Contrary to popular belief, these policies do little more than help lower the entry cost for firms and enhance competition. In fact, such policies encourage excessive entry, and the resulting competition and lack of protection for existing firms have been constantly criticized in China. Therefore, if China relies on effective industrial policies, they would not create much unfairness in terms of global rules.

Having said that, what are China’s actual technological prospects? The Chinese are certainly fast learners. Over the last 30 years, Chinese manufacturers have proved adept at seizing opportunities to emulate, adapt, and diffuse new technologies.

But technological advances in the Chinese business sector occur at the bottom of the smile curve, and core-technology owners have extracted most of the added value from Chinese manufacturing. For example, in Danyang, a county of Jiangsu Province that is a production hub of optical lenses for global markets, manufacturers can produce the most sophisticated models. Yet they lack the core software to produce, say, progressive lenses, so they must pay a fixed royalty to a US company for each progressive lens they make. Likewise, China’s automobile manufacturers still import their assembly lines from developed countries.

Clearly, there is a big difference between applying digital technologies to consumer-oriented business models and becoming a world leader in developing and producing hard technology. The latter goal will demand sustained investment of time, human capital, and financial resources in sectors with long basic R&D cycles (such as pharmaceuticals).

Given this, China probably remains 15-20 years away from matching the R&D input of, say, Japan or South Korea, and when it comes to output – the more important factor – it is much further behind. While China can accelerate progress by attracting creative talent and strengthening incentives for long-term research, there are no real shortcuts when it comes to achieving the gradual shift from learning to innovating.

Here, universities have a pivotal role to play, not only by training new scientific and technological talent, but also by conducting basic research. This means moving beyond the focus on increasing the sheer number of students and placing greater emphasis on quality of education.

None of this can happen overnight. Indeed, as China learned from the failure of the Great Leap Forward in the 1950s, a genuine economic transformation cannot – and therefore should not – be rushed.