Koichi Hamada says that by ignoring trade history, and the fundamentals of game theory, the US President is driving 'trade diversion', all to the detriment of the United States

Koichi Hamada says that by ignoring trade history, and the fundamentals of game theory, the US President is driving 'trade diversion', all to the detriment of the United States
2nd Jan 19, 7:31am
by Guest 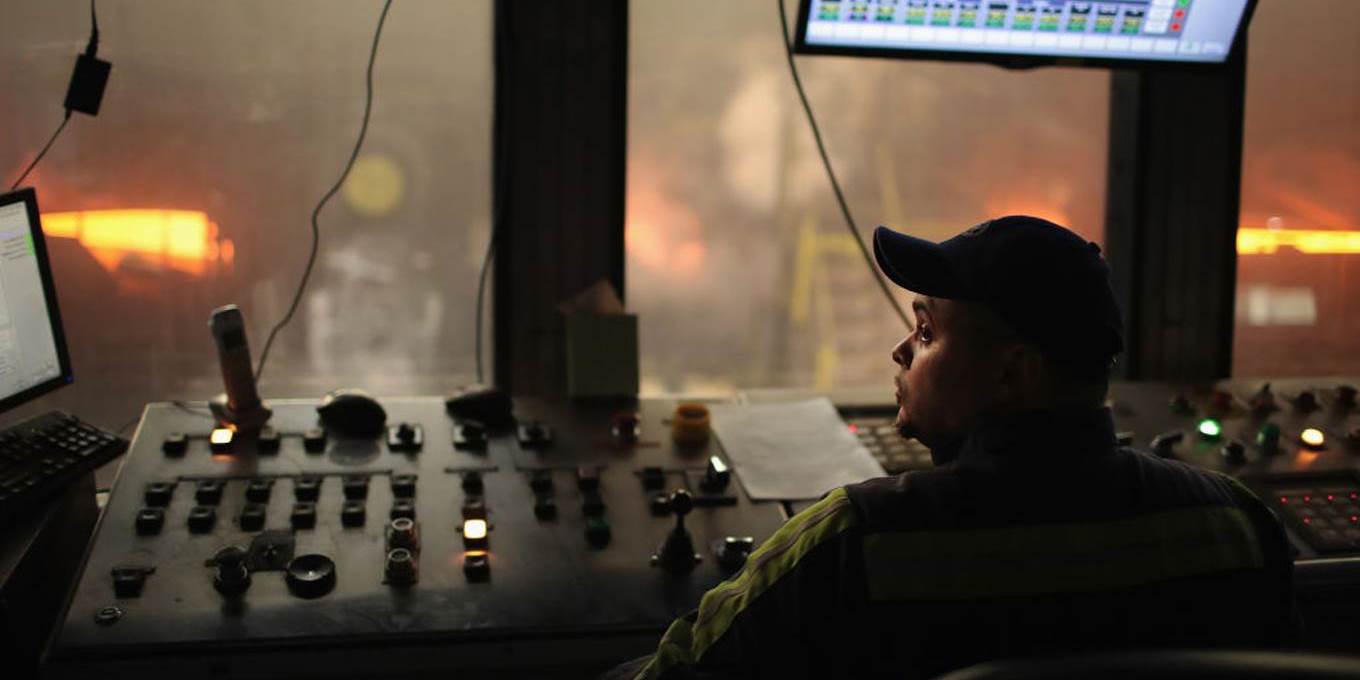 In 1950, the Canadian-born Princeton University economist Jacob Viner explained a customs union produces a “trade creation” effect, as lower tariffs and non-tariff barriers spur increased flows of goods among member countries. But Viner noted that a customs union also generates a “trade diversion” effect, as countries that are not part of it face reductions in their trade with countries that are. By raising trade barriers with its major trading partners – especially China – the US now risks negative trade-creation and trade-diversion effects.

Of course, the US is not part of a customs union. But the trade creation and diversion effects can be seen, to varying extents, with any free-trade area – even an arrangement as broad as the World Trade Organization. So when, for example, US President Donald Trump withdrew from the Trans-Pacific Partnership – which is now moving forward as the Comprehensive and Progressive Agreement for Trans-Pacific Partnership – it effectively doomed the US to a reduction in trade with the countries it deserted, as they increase trade with one another.

It is difficult to discern any redeeming qualities in Trump’s “America First” trade policies. But, to be fair, if not generous, there is some merit to challenging the status quo. Indeed, while it is a good idea to base policies on past experience, blindly sticking to tradition is a recipe for inertia. Instead, policymakers should be willing to take calculated risks and pursue pragmatic innovation.

When it comes to Trump, such risk-taking often takes the form of challenging established assumptions about negotiations, including what in game theory is called an actor’s “threat point” – the point beyond which negotiation is no longer worthwhile. Exposing actors’ true threat points – which may leave more space for concessions than those actors would have their interlocutors believe – could help to break a deadlock in difficult negotiations.

This is what the Trump administration seems to be attempting to do in a few areas. For example, Trump seems eager to determine whether China, which for years has violated shared rules – regarding, say, foreign investment and the protection of intellectual property – would be willing, if push came to shove, to begin adhering to those rules.

But, whatever the potential benefits of this strategy, they are dwarfed by the risks of Trump’s crude and capricious protectionism. Ironically, America First will probably cause serious damage to the US itself, which is bound to suffer severe losses due to trade diversion. Furthermore, Trump’s protectionism could lead to broader damage, with tit-for-tat tariffs reducing overall exports, undermining total global trade flows, and impeding world economic growth.

That would mirror the consequences America’s protectionist Smoot-Hawley Tariff Act, enacted in 1930 over the protests of more than 1,000 economists. By hiking tariff rates to record levels, Smoot-Hawley helped to turn a US recession into the Great Depression, though scholars disagree about the exact magnitude of the law’s effect on the world economy.

Despite the Sino-American trade war’s overall negative effects, economies that remain more open to trade – such as the European Union, India, Japan, or South Korea – may reap some benefits from the resulting trade diversion. And emerging statistical data imply that such diversion is already taking place.

The trade war probably explains, for example, surging Japanese exports to China, which increased by 18.3% from April 2017 to March 2018. The trade volume, amounting to over US$136 billion, is now almost equal to Japan’s exports to the US over the same period, which reflected a 7.5% increase from the previous year.

Moreover, according to new Ministry of Finance customs statistics, Japan’s exports to China during the first half of 2018 were worth more than JP¥4 trillion, which is 16.4% higher than its exports even during the first half of 2007, prior to the global economic crisis. US exports to China, by contrast, have declined by 8.5% since 2007. These numbers reflect a trade-diversion effect that is negative for the US and China, but positive to outsiders.

There is no doubt that Trump’s trade war is a serious risk. But it is far less clear that it was a calculated one, or, if it was, that it was calculated well. After all, as the old saying goes, while two dogs quarrel over a bone, the third runs away with it.

Koichi Hamada, Professor Emeritus of Economics at Yale, is a special adviser to Japan’s prime minister. This content is © Project Syndicate, 2018, and is here with permission.

The USA & the West thought that as China opened up economically that social/political reforms would follow improving human rights. That is not happening, so perhaps it is better to challenge China’s unethical trade & business practices while Western nations still have the freedom to do so, even if it means some wider economic suffering.

China with its money power is deep rooted in many countries specially in pacific, howevere hard anyone may try will be hard to come out of it.

Realization came a little too Late (but better late than never)

China runs many countries........ If would have given National one more term may be would have to change name of New Zealand to.......

Chinese media and journalists are not permitted to use the term ‘Trade War’ any more.
So how much credence can be placed on official Chinese communication?

One should learn from History.

The rest of the west including Japan should join in the fight against the Chinese IP theft. If they don't then they will become even more targeted by China, to their long term detriment.

I'll take a Trade War any day above the alternate;

Seems to me the 'Generals' are stirring the pot beyond the comfort zone - ever since this decision;

It's not about trade it's about survival.

'The eurodollar futures curve isn’t sending a “mixed” signal, it is unequivocal in its warning. You can argue for mass delusion, but to whose case is that most likely?

China’s National Bureau of Statistics (NBS) reports that the country’s official manufacturing PMI in December 2018 dropped below 50 for the first time since the summer of 2016. Many if not most associate a number in the 40’s with contraction. While that may or not be the case, what’s more important is the quite well-established direction.
https://www.alhambrapartners.com/2018/12/31/more-unmixed-signals/

Perhaps the most critical prediction of 2019 is the question of what country on earth is the best place to sit this one out?

I'll venture 2 guesses, if any, Switzerland and New Zealand

Pepe Escobar, always worth reading, in Asia Times, on the Greater Eurasia implementation linking Russia, Europe, the Stans and China/Korea/Japan.

Russia and China have become inevitable allies because of their “shared objective of restructuring global value-chains and developing a multipolar world”. It’s no wonder Beijing’s drive to develop state-of-the-art national technological platforms is provoking so much anger in Washington. And in terms of the big picture, it makes perfect sense for BRI to be harmonized with Russia’s economic connectivity drive for Greater Eurasia.

I agree with the author of this article or as I have stated before, Trump will be remembered as the man who united the world… against the USA

That is a fairly dumbed down way of putting it.. but yes, correct.

I reckon Liz Warren sent him an email before launching her campaign to say, if you call me Pocahontas, I'll call you Orange Man - as he was uncharacteristically mild in his reaction to her entry into the 2020 stakes.

I think she would make an excellent president. Not sure why Americans or so afraid to vote in a woman?

So far, so good for me too. I don't think that generally Americans are reluctant or 'afraid' of a female President - they just need a woman who doesn't make a big deal about being a woman... out to break glass ceilings and all that crap. In other words, a woman who campaigns on being the best person for the job and nothing else. Hillary I think turned many an average guy off with her feminist trumpeting.

Yes I would agree with you on that point. I recon they just need a strong President and she fits the bill unless Bernie is willing to run. :)

He's a battler but really he's an Independent, not a Democrat. Too socialist to get elected I suspect.

They're Americans, say no more

Oh by the way, things are hotting up in China looks like they're gathering strength:-
"Chinese President Xi Jinping has urged the people of Taiwan to accept it "must and will be" reunited with China.

However, he also warned that China reserved the right to use force.
BBC article: https://www.bbc.com/news/world-asia-china-46733174