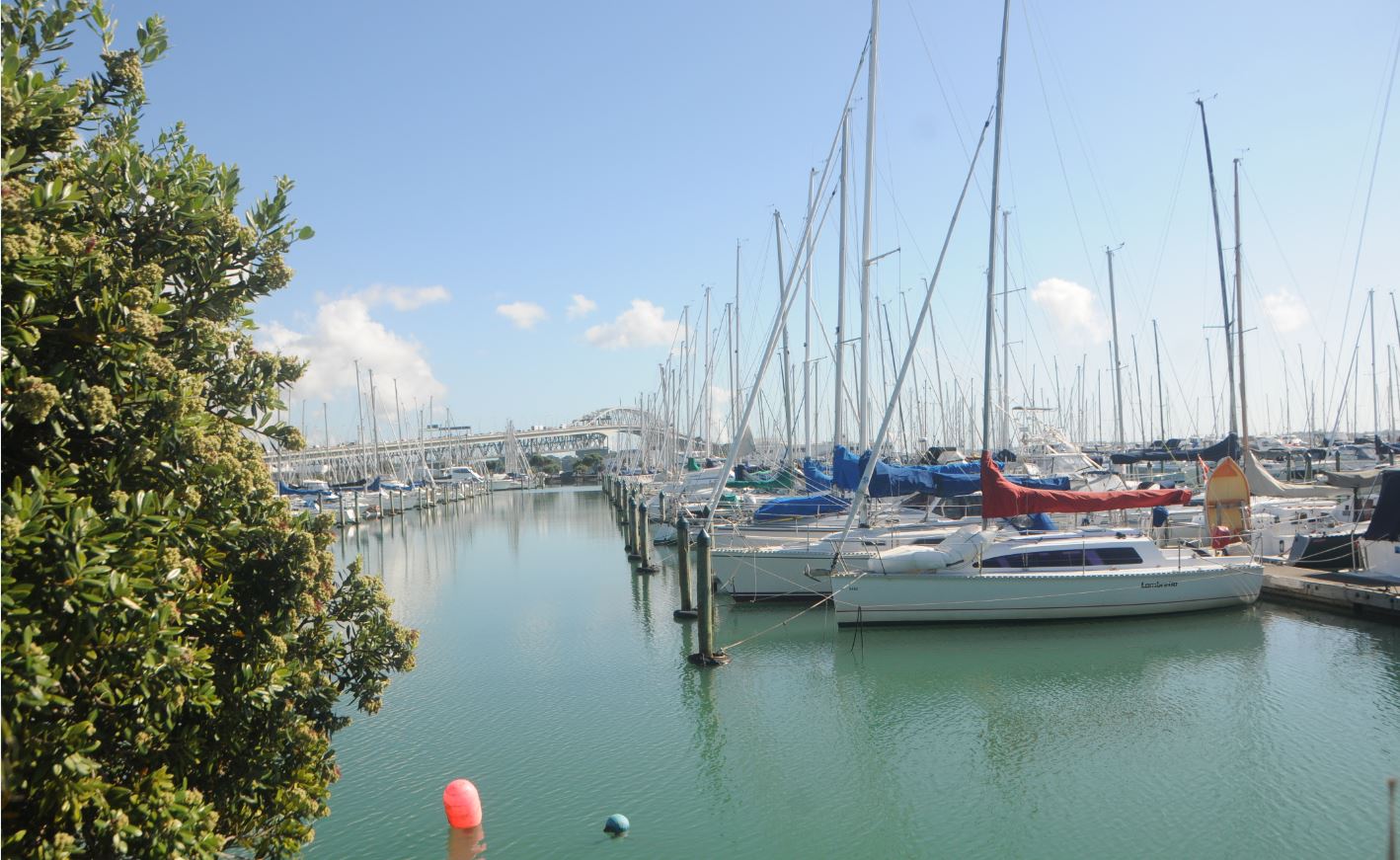 The Environmental Protection Authority (EPA) will decide in the next few weeks whether it will give a company the green light to dump 250,000m3 of marine sludge a year dredged from Auckland Harbour east of Great Barrier Island.

Coastal Resources Limited (CRL) is the company that applied for the resource consent last year to dispose of the material. The company says the dredging work is to improve some of the city’s marinas and accommodate the America's Cup, as well as to allow bigger vessels to access the Ports of Auckland (POAL).

The Environmental Protection Authority’s decision making committee held a hearing on the application on January 17 and it’s now expected to release its final decision in the next two to three weeks according to a spokesperson.

But the proposal has been met with opposition from a number of parties including the Auckland Council's Hauraki Gulf Forum and the Department of Conservation.

CRL currently has the only marine dumping permit in the Auckland region which has seen it dispose of 223,000m3 of material over the last five years. But it now wants to be able to dump 250,000m3 a year for the next 35 years and it’s earmarked a spot 25 kilometres east of Great Barrier Island to do just that. That's a total of 8,750,000m3 of sludge.

The Auckland Council owned POAL said in a statement released last week that it needs to deepen the Waitemata navigation channel to allow bigger ships to enter the harbour. But it is planning to lodge a separate resource consent application with the Auckland Council to allow it to carry out dredging work over the next 10 to 15 years and to dispose of the material at another site. But spokesman Matt Ball says if it can’t get resource consent to dump the material itself it may have to rely on any consent granted to CRL to do it, but that would be a last resort.

Prior to the 2017 election NZ First leader Winston Peters, who is now Deputy Prime Minister, said he wanted both container operations and vehicle deliveries shifted from Auckland to Whangarei. Speculation continues over whether this could happen.

CRL commissioned an economic assessment report for the application by Property Economics. Titled Economic Assessment of Deep Sea Dredging Disposal in Auckland, it says the parties that will benefit from the consent include the Ports of Auckland, the America's Cup Village and the Westhaven, Hobsonville Point, Gulf Harbour, Half Moon Bay and Pine Harbour marinas.

It says that over the past 20 years the competition for water-based freight has increased markedly with the Ports of Tauranga leading the charge due to its central location in the North Island and increased pressures and travel times from Auckland’s CBD.

“Auckland’s competitiveness is reliant on its ability to dredge both for maintenance and for capital improvement. There is recognition that the industry continues to change towards larger ships, but that drafts are showing signs of stabilising. Whilst Tauranga has invested significantly in the provision of deep water to handle next generation container vessels, Auckland currently lags behind it.”

“The result is that Tauranga can handle larger ships at all states of tide, whereas Auckland has to work within tidal windows. Whilst Auckland can continue to work with the tide in the short term, it will require dredging in the future if it is to accommodate the larger ships.”

The report also outlines the America’s Cup Village's plans to remove up to 70,000m3 of material as part of its development for the 2021 America's Cup. While the other marinas around the city mentioned in the report already have existing permits and carry out their own ongoing dredging work.

The Department of Conservation submission outlines its concerns about the adverse effects the dumping of dredged material could have on the area’s biological diversity and marine species, including marine mammals, seabirds, and benthic habitat.

“The Auckland marine environment has been degraded and negatively impacted by the establishment of invasive, non-indigenous species (NIS). The introduction and spread of nonindigenous species can have significant adverse effects on marine habitats and communities."

It says the source sites of the dredged material contain non-indigenous species (NIS) such as Mediterranean fanworm (Sabella spallanzanii) and the clubbed tunicate (Styela clava), which are registered as unwanted organisms by the Ministry for Primary Industries.

“The transport of sediment and NIS from the source sites to the Northern Disposal Area (NDA) has the potential to increase the risk of translocation of any non-indigenous species present in the dredged material. While the application acknowledges that survival of NIS after translocation is unlikely, this risk cannot be completely discounted. There is a risk that some NIS will survive the transport and disposal and become established in the NDA and surrounding marine environment.”

Auckland Council’s Hauraki Gulf Forum Chairperson John Meeuwsen outlined the organisation’s opposition to the proposal in a submission in November.

He says the forum, which includes representatives from the Ministry for Fisheries, would prefer to see the dredged material transferred and dumped in a landfill site, a proposal CRL has opposed to due to cost.

“We’ve expressed our concerns about the potential biodiversity risks. And there a number of other parties who’ve said they don’t want it to happen at all.”

But he says the decision now rests with the EPA’s Decision Making Committee.

“We’ll be watching with interest,” Mr Meeuwsen says. “Especially if they do allow it to happen.”

But he won’t be drawn on whether the forum would look to appeal a decision by the EPA if it approved the consent.

“It’s far too soon to say anything like that.”

"out past the environment" - a classic.

Don't they know if they keep going for a bit longer they'll reach the edge of the earth and they could tip it over there?

In New Zealand we salivate and spread our cheeks over the America’s Cup, but in America nobody has clue what it’s about. To them it’s just a bunch of mediocre rich pricks doing laps in some used boats.

This is true, its as if the cup somehow magically transcends our lowly ranked economic status?

Wow. Picking this will be time for The Greens to raise their head and kill this off. Habitat somewhere is about to get "modified".

They banned the Kermadec Marine Park, stopped the cameras on fishing fleet - Greens do not care about the sea.

I don't think The Greens actually do anything do they?

Its there, if you look.

Jeebus, you'd think they were trying to dump radioactive kryptonite the way some people are whining. They are just moving around some dirt from the sea floor. There are more important things to get upset about, like how America is getting great again.

I wonder how many tons of CO2 will be emitted doing just that..

That is equivalent to a 200 metre cube of sludge. Put it on land and it would look impressive. Taller than the council HQ.

Its an incredible amount of material to move, could we not bring it onshore? Could fill up a few gullies and make nice flat tables for housing developments!

Not after a mild earthquake - but great for sports fields.

Fill up Mt Eden, that crater is a health and safety issue.