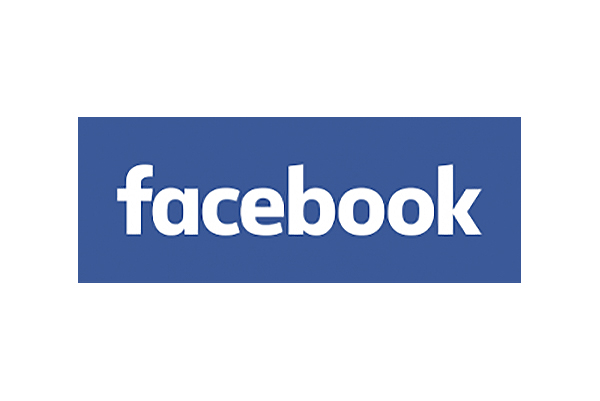 A group of government owned fund managers that manage some $90 billion in behalf of New Zealanders, are calling for Facebook, Google and Twitter to take action following the live-streaming and sharing on social media of Friday’s Christchurch terrorist attacks.

The group includes the NZ Super Fund, Accident Compensation Corporation, Government Superannuation Fund Authority, National Provident Fund and Kiwi Wealth. It's calling on other New Zealand and global investors to join them in engaging with the technology companies, arguing collective action will give the initiative optimal impact.

NZ Super Fund CEO Matt Whineray says the efforts will focus on ensuring the tech giants fulfil their duty of care to prevent harm to their users and to society.

“We have been profoundly shocked and outraged by the Christchurch terror attacks and their transmission on social media. These companies’ social licence to operate has been severely damaged. We will be calling on Facebook, Google and Twitter to take more responsibility for what is published on their platforms. They must take action to prevent this sort of material being uploaded and shared on social media. An urgent remedy to this problem is required," says Whineray.

“We are in the process of contacting other New Zealand and leading global investors, seeking their support for this initiative."

“Our responsible investment decisions are guided by New Zealand law and major policy positions of the New Zealand Government. We are therefore also investigating whether there have been breaches of any New Zealand laws or regulations by these companies, and monitoring potential changes to Government policy,” Whineray says.

The group is also backing calls by the Spark, Vodafone and 2degrees CEOs for Facebook, Google and Twitter to take part in an urgent industry and government discussion to find a solution.

Why not just sell?

Interest.co.nz asked what the combined value of shares the five New Zealand fund managers holds in the three tech companies is worth and why they don't just sell them.

"Our preference is to engage and use our influence as a shareholder to encourage the companies to take action - we have more leverage to progress these issues by holding shares and actively engaging and voting than by divesting. We believe social media can provide a significant public good, but this is in danger of being compromised through nefarious usage," a NZ Super Fund spokeswoman says.

The stream conveyed the true horror these poor victims endured. I have digested it and dealt with it. What i am finding more offensive is the endless search by prime time tv to find yet another 'angle'. They are very close (if not already over) the line of reasonable and sensible reporting.

The last few nights of therapy for me has has been netflix comedy's. This has been much healthier for me that msm.

rastus. I visited the memorial strip beside the botanical gardens in CHCH yesterday. Thousands of people were moving quietly and respectfully along, viewing the flowers and tributes and reading the messages. A sobering and moving experience. But hard up on the other side of the path was an extensive row of media circus tents populated by journalists and technicians speculatively observing the crowd, blithely chatting and bantering between themselves. There is no technical requirement for the back up crews to be located so close to the many obviously emotionally affected people coming to privately pay their respects. While international media coverage is an essential element of combating extremism, I resented them being so close. A city council fail, in my view.

The "banning" of the CHCH shooting video by ISP’s and our Government is pointless and demonstrates how biased our country is -as most first world countries are. It’s bordering purely for virtue singling purposes. Anyone who has access to the internet has been able to, for decades, watch citizens of other countries be beaten, raped, tortured, blown up in an airstrike, shot by an apache helicopter using thermal cameras etc etc the list goes on. But Make on video about people getting shot in the first world?

The "banning" of the CHCH shooting video by ISP’s and our Government is pointless and demonstrates how biased our country is -as most first world countries are. It’s bordering purely for virtue singling purposes. Anyone who has access to the internet has been able to, for decades, watch citizens of other countries be beaten, raped, tortured, blown up in an airstrike, shot by an apache helicopter using thermal cameras etc etc the list goes on. But Make on video about people getting shot in the first world?

Its not pointless. It stops people that don't want to put in the effort to see it from seeing it. Yes, if you really want to see people getting killed you'll be able to track it down.. but at least your average 18yo won't accidentally see it because some sicko posts a link to it on facebook/instagram etc. They'll actually have to go looking for it, and hopefully know what they are downloading before they see it.

That is why 'internet police' may be needed to patrol this extra dimension of human life.

How much does a subscription to the Great Firewall cost? Probably not as much as Sky.

What would your 'internet police' look like in a democracy where facial/gait recognition and algorithm driven key word screening and review functions would need to be so extensive as to be economically ruinous or else would compromise the freedoms we hold so dear, look like? Just monitoring contributions to various small blog sites following CHCH has proved challenging for the operators.

I am very close to deleting my account with Facebook..can live without it and Mr Zuckerberg

One would be interested to trace the 'investments' of these funds, to the inevitable misery they will be causing someone, somewhere. Our society (and it's investment expectations of the future) levers itself off 'others' - including future others' - and arguably in a way which threatens many, many more lives. It's a debate we are clearly going to avoid having.

It's not just investments but people are questioning why Government Departments are spending considerable sums advertising on these social media platforms. If they aren't fit for investment money then they are not fit to receive advertising income as well.

FYI, I have updated this story with the value of shares in the three tech giants the five NZ fund mangers hold, and their answer to why they don't just sell these shares.

I imagine it has something to do with the combined total being less than what Mark Zuckerberg keeps in his cookie jar by the side door, so as a gesture it might go almost unnoticed.

I am mostly perplexed by peoples' reaction to this. I understand why xingmaowang(?) thinks inviting in an all seeing censor is a good idea, but Kiwis? Should (could?) companies keep watch on every person's every move on their platform, at all times, and be prepared to intervene in a split second? I can think of an almost endless number of reasons why, as one of the several billion (with a b) users of these services who have not and would not livestream themselves murdering people or doing anything else objectionable, I don't want someone scrutinizing my every move.

It is not enough to say "they must do something!". What exactly, specifically, should they do? How does that actually look in practice? What are the implications for the 99.9999999873% of users who are not evil lunatics and do not want to see anything they produce, and are responsible enough to not even seek it out?

You think they don't scrutinise your every move for their own purposes now?

I made a post a few days ago which touched on that exactly - the fact that prior to a few days ago Facebook, Google et al were sinister because of how much data they collected on users, and literally overnight the primary criticism, in NZ anyway, is that they have been insufficiently interventionist.

Exactly, as an advertiser they can tell you in moments whether an ad is acceptable for their platform, but apparently can't deal with lunatic terrorists... It's almost as if they're only ruled by a sense of the mighty dollar and not morality in anyway shape or form.

I can't help feeling that the mainstream news has played a big part in forming people's opinions about things. Let's face it the 6pm news has transmitted an awful lot of violent and disturbing imagery. Many people have likely become prejudiced simply from the accumulation of bad news viewed on television and read on mainstream websites.

It's a tricky one to resolve as we wouldn't want news to be hidden from us.

How many kiwis have put their private parts on social media.Now thats what i find offensive.
Can't have our cake and eat it to.

It has been noted that the NSA and GCHQ are likely the world's largest consumers of folks' nudes.