Chapman Tripp's John Knight looks at the impact of climate change on insurance and insurers, the legal risks, and the responses he expects to see

Chapman Tripp's John Knight looks at the impact of climate change on insurance and insurers, the legal risks, and the responses he expects to see 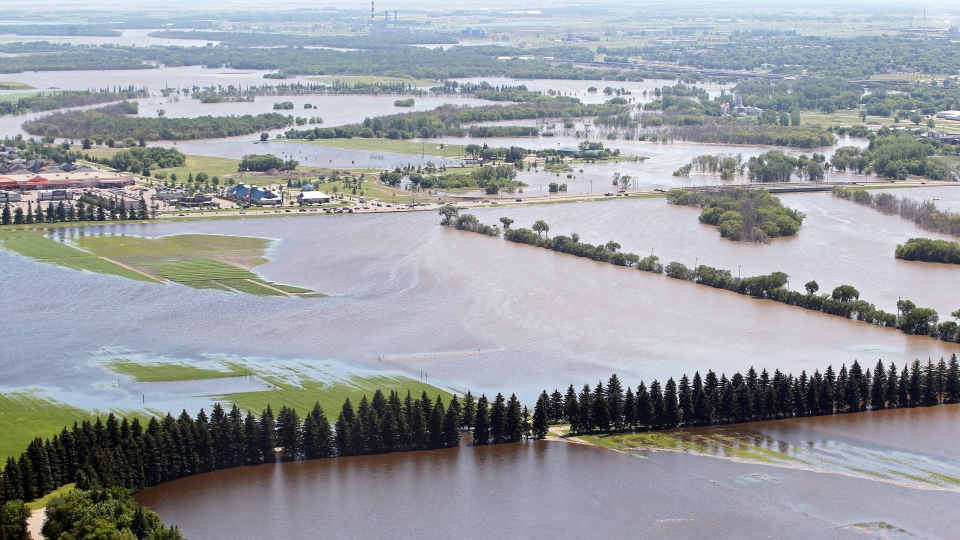 The lightbulb moment propelling James Shaw into politics occurred more than 10 years ago when he was working as a consultant for PwC in London.

The trigger was a report, commissioned by the insurance sector, on the long-term effects of climate change.

“It did some projections based on the available data and… concluded that the cumulative impact of extreme weather events and flooding… would cause such catastrophic damage to property and loss of lives over the upcoming decades that it would bankrupt the entire insurance industry by the year 2050,” Shaw told a conference shortly after taking over as Green Co-Leader.

Clearly Shaw’s concern was not with the industry’s future but with that of the planet.

We will assume for the purposes of this article that both will survive but that the survival of the industry will not be automatic and will require adaptation on both sides of the table.

Higher premiums will be part of the mix and there is also a real likelihood of insurance retreat as “risks” become certainties, because insurers do not insure against certain loss.

Other possible responses in the short term include:

When Shaw had his Damascus experience, climate change had yet to enter the mainstream consciousness.

Now it is very much front of mind, manifesting in public pressure on companies and industries to take a broader perspective than short-term economic growth.

Increasingly, they are using this leverage to promote ESG principles. One example is ESG loans, where the financier requires the potential borrower to obtain an ESG rating from a prescribed ESG report provider, which must be renewed each year. Depending on the direction of travel, the cost of the loan will either be adjusted up (an ESG surcharge) or adjusted down (an ESG discount).

The NZX has been actively promoting ESG reporting since 2016, and now requires it from listed issuers under the NZX Code.

The intention is to galvanise companies to take a more responsible attitude toward the environment and the society in which they operate. By implication, this includes achieving New Zealand’s emissions reduction targets.

Businesses failing to respond can put shareholder value at risk. This can arise in various ways: by failing to anticipate and mitigate climate change effects, by making poor decisions that allow assets to become stranded or result in insurance becoming unaffordable, or by failing to secure needed insurance, including on ESG grounds, as discussed above.

The risk for listed companies, in particular, of legal challenge will increase only:

Primary directors and officers’ (D&O) premiums for the ASX200 rose by a median 89% in the first half of last year and 122% in the second half, according to Insurance News Australia.

The rise was driven by increased legal exposure from the increasing incidence of class actions in Australia but climate change was also identified as a factor. We do not have the equivalent D&O data for New Zealand but have been told by an insurance industry source that the liability market here is “as hard as it has ever been”.

Practical business responses we anticipate, or would recommend, are:

Some of this capability will be facilitated and reinforced by technologies supporting more sophisticated and granular data collection, collation and analysis.

The New Zealand regulatory environment is favourable to the introduction of new insurance products. Overseas markets have already seen the development of parametric insurances, for example, which could have a role here, particularly in the context of New Zealand’s agricultural economy.

These are intended to complement traditional insurance and are based on a parameter that is critical to the client’s business.

In the climate context this could be rainfall levels or wind speed. The payment amount is fixed in advance and the contract is paid out immediately the threshold condition is met or exceeded, regardless of whether a loss has occurred.

The advantage to businesses of these arrangements is that the immediate pay-out can be used to initiate mitigation strategies, and to keep the business afloat and wages paid while these strategies are engaged.

*John Knight is a dispute resolution partner at Chapman Tripp, specialising in insurance law. This article originally appeared in LawNews (ADLS) and is here with permission.

I dont think its accurate to say that James Shaw had " a lightbulb moment " ...

I'd have thought it would have been an LED moment hopefully fed by his Prius backloading into the house circuit on his minigrid home network? The insurance industry is toast in its current iteration, the risk of infrastructure insurance alone will mean it has to fall on the public sector to cover it as much as the neo libbers will hate giving up on that....the private sector will carry on insuring pets and my grumpy uncles golf club collection...

The insurance industry must love useful idiots like James.
"Normalised insurance losses from Australian natural disasters: 1966–2017
...When aggregated by season, there is no trend in normalised losses from weather-related perils; in other words, after we normalise for changes we know to have taken place, no residual signal remains to be explained by changes in the occurrence of extreme weather events, regardless of cause. In sum, the rising cost of natural disasters is being driven by where and how we chose to live and with more people living in vulnerable locations with more to lose, natural disasters remain an important problem irrespective of a warming climate."
https://www.tandfonline.com/doi/full/10.1080/17477891.2019.1609406

When it comes to useful stakes I reckon you are right up there with James. A lot of similarities between you in fact.

I have posted many times my concerns about climate change and been critical of fake news articles posted on this site suggesting that climate change is a myth especially those supported by dubious reports.
I accept both that there is climate change and that this will mean change. However, I question alarmist attitudes such as in is article.
The premise of the article is based on the statement "that the cumulative impact of extreme weather events and flooding… would cause such catastrophic damage to property and loss of lives over the upcoming decades".
It is accepted that global warming will involve retreat of the ice sheets and mountain glaciers and consequently rise in sea level. That is going to bring not only coastal flooding but readjustment in coastal processes and the foreshore. There is likely to be shifts in location such as Hohepa Home is currently undertaking here in Hawkes' Bay; however this is a considered response and far from a catastrophic situation. Events on the foreshore at Haumoana is a result of stubbornness rather than accepting and adapting to a changing situation. It is worht noting that rising sea levels may not necessarily mean all areas of the coastline are going to be inundated; some areas of the coast are actively growing - for example the Horowheua-Manawatu coast currently is growing by about a metre per year. Just in the past week there has been sound research to suggest that even the low lying coral atolls may well adjust - after all they have been experiencing and adjusting to rising sea levels for millennium.
My understanding is that the warming climate will affect local climates with increases in temperature but also changing patterns of rainfall; for example some drier areas (such as Hawke's Bay) may receive more rainfall, and equally other wetter areas (such as the Waikato) may receive less. As a result one can expect gradually changing climates and consequences gradually changing agricultural practices.
Other than scaremongering - and I put this article in this category - I am not aware of reason for more "extreme weather events and flooding… (which will) would cause such catastrophic damage". Current areas prone to heavy and intense areas of heavy rainfall - along with flooding - would shift; but equally those areas previously prone may no longer be as significantly. There is currently studies that suggest the savanna belts are shifting away from the equatorial areas being replaced by more tropical climates and impinging on currently more temperate zones. My understanding is that that the jury is still out on any increase in the frequency of tropical cyclones; while we can expect warming oceans, the factors creating tropical cyclones is a little more complicated than simply sea temperatures.
It is important that we plan and adapt to climate change, but the climate change and sea level rises are not going to be a sudden overnight change. Rather the change is likely to be progressive; for example Southland and Canterbury could well see increasingly more dairy farming, Hawkes Bay less viticulture and more sub-tropical orchards.
I welcome debate on these comments; however, my point is that climate change is more about planning, implementing and adapting to change rather than alarmist simplistic accounts of extreme catastrophic events and damage.

CC is only the exhaust gases of the problem - which is our massive draw-down of fossil energy. The fact that the exhaust is affecting the atmosphere at all, should have been food for thought.

But it wasn't, at least, it wasn't enough.

The urgency is even greater than the CC-only brigade think - less than 10 years of this fossil-fueled, growth-requiring set-up.

Methinks it is time to design a new house. One that has little need for insurance or reliance on the public utilities.

The prepper community is booming, no doubt!!

Satellite temperature record has NZ warming at about 0.8°C per century through last 40 years. Over 100 years that is the equivalent to moving north about 100km or dropping in altitude by about 130m, changes that most people would like as boosts agriculture and makes summers slightly warmer. Long term tidal gauge records from around NZ have see level rises in the 1-2mm/year range, no sign of acceleration. Apocalypse not.

Your head is in the sand. "The best estimates of New Zealand temperatures are for an expected increase of about 1°C by 2040, and 2°C by 2090... Temperature rise is expected to speed up. The rate of temperature increase from these projections is expected to be higher than a linear extrapolation of the historical New Zealand temperature record for the 20th century." This is NOT good for agriculture due to the likely impacts to weather patterns. https://www.mfe.govt.nz/publications/climate-change/climate-change-effec...