Opinion: Uninsured earthquake victims should not expect a handout from taxpayers

Opinion: Uninsured earthquake victims should not expect a handout from taxpayers 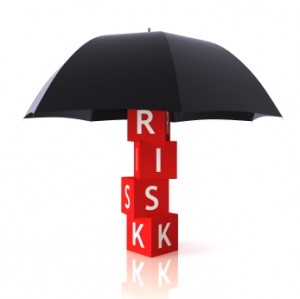 I read with interest the article in the Sunday Star Times by Rob Stock entitled "Quake exposes appalling insurance anomaly". You can read it here.

It raises the issue of uninsured earthquake damaged properties, laying some of the blame for this at the complexity of the current EQC funding arrangements. EQC is currently funded by by a special levy that is collected as part of the insurance on the house.

Contents cover is the same and the maximum cover is $20,000 plus GST - that annual premium maximum is $10 plus GST.

The catch is, for Earthquake cover to apply you first need to insure your property.

Rob Stock argues that this is an anomaly that needs fixing and that insurers would be happy to not have the job of being tax collectors, and that it could be done by an addition to rates.

He is suggesting that we should have some alternative means of making sure properties are insured for earthquake.

Insurers are also the tax collectors on behalf of the Fire Service and there is probably a stronger argument here for a compulsory means of collecting levies to make sure everybody contributes to the Fire Service rather than just those people who insure properties for fire.

But is Compulsion the answer? If someone wants to take the risk and not insure, then surely they should be left with the risk of suffering a loss should an event occur. One could even argue that we return to this approach on fire cover.

Back in the early days of fire brigades, homes and businesses would display a plaque showing that they had paid a contribution, and the fire authority would then attend a fire and protect the property. No plaque and it would be left to burn.

Why are we suddenly feeling the need to socialise their losses and find ways of catering for those who made a decision not to arrange insurance protection for themselves?

There is no doubt that it is sad and we feel for their loss, but it was a decision that was made for which they are now having to face the consequences, and I as a tax payer do not see a need to further pay for their stupidity at not insuring.

Make it compulsory, both Fire and Earthquake.  Including it in the rates is probably a good idea, as long as nobody takes the opportunity to increase these levies whilst transitioning them!

"Choosing" not to insure yourself against these natural disasters is not just silly, it's inconsiderate.  When a community rebuilds, they don't want to be left with some burnt-out or shattered hulk of a building lurking next door to them for years, simply because the owner didn't get insurance and can't afford to rebuild.

My view. Keep the levy. Keep voluntary household / contents insurance, but absolutely no tax-payer bailouts for those irresponsible people who choose not to insure their properties..  Personal responsibility.

"But is Compulsion the answer? If someone wants to take the risk and not insure, then surely they should be left with the risk of suffering a loss should an event occur. ."

That sums everything up in a nutshell.....

recently a friend had an accident in their car, for yrs hes costed out he will spend more on the cost of insurance than the value of the car....and is correct.....BUT he did not save that money in a slush a/c for when he would NEED that cover....times are tight, no slush fund, no transport, a liability on those around borrowing cars.

As I told him, he made his choice I see no reason why, even as a friend that he should rely on my generosity to lend him one of my cars... see the parallel ?

Its not as if EQC and home insurance is not well publistized....cases in the media time and again, and when one has a mortgage insurance is part of the contract. To make such a choice is entirely free will, made in full knowledge of the risks They make the decision to not insure, in a country known for small regular  earth quakes, active volcanoes, floods, on a network of vaults going straight through the length of the land.....

.At the end of the day they forgo the insurance to be able to finance a life style the rest of us cant afford cause we pay, and now they want US to bail them out..yeah right

"Why are we suddenly feeling the need to socialise their losses and find ways of catering for those who made a decision not to arrange insurance protection for themselves?"

Because this is NZ and it does not matter if either Labour or National are in Gov't, they will always socialise the losses.  Why bother paying insurance premiums or saving for your retirement when we have centre left and centre right Socialist Gov'ts who will take other peoples money and give it to you.  Why not spend it on necessities like booze and cigarettes!