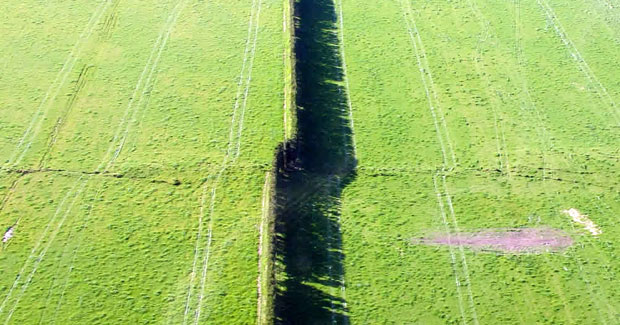 When the post World War 2 government decided to follow mother England and introduce a War Damage insurance scheme, and extend it to cover earthquake damage, the situation that now presents itself in Christchurch must have been top of mind.

The principle was to make sure that if a disaster of this magnitude was to happen then there would be enough money in the kitty to reimburse those effected by the disaster, or at least go a long way towards it.

In 1993, a Government review modelled the potential overall exposure for a major earthquake, and based on this, decided to overhaul the coverage. The following changes were then made:

Other changes were made but the main impact of this was to cap-and-limit the potential exposures of the Commission.

The changes morphed it into the Earthquake Commission (EQC) and a new fund was established - the Natural Disaster Fund - to collect levies for any claim payments.

The Government gave $1.5 billion to start the new fund, but it is not clear how much was sitting in the consolidated accounts from the old Earthquake and War Damage Commission. However much it was, it was more than that initial contribution to the EQC.

The new scheme also transfered of much of the liability from the public sector to the private insurer. Private insurers needed to provide earthquake insurance cover for those areas no longer provided by the government scheme.

It put in place a dual insurance arrangement on properties, with different policy wordings and settlement processes. It has not been until the Christchurch quake that this has been so clearly tested.

The challenges now facing the public, is how these two organisations will work together to harmonise the process for those impacted people.

The Government has seen the issue and is busy seeking an agreed approach by both parties.

The EQC is under pressure to progress the more than 100,000 claims as quickly as it can. It normally settles these claims on a cash basis with the majority of funds going to the insured or to their lender.

This leaves the private insurer with a policy obligation to reinstate the building (or contents) after deducting the amount paid by EQC.

The Government is keen to see Christchurch rebuilt. It wants houses put back on the land where they were damaged.

Insurers are naturally cautious about this.

However it is the insurer who is left with the challenge of having to reinstate a property and find builders and materials to do the job.

This will be challenging and having a shortfall of the amount paid by the EQC has the likelihood of making this even more challenging.

There are meetings taking place to find a resolution.

Whatever happens it will highlight many anomalies. Some of these are surfacing already.

1. Where will the Earthquake Commission settlements be paid to and how will insurers access this to enable them to reinstate the properties?
2. Who pays the cost to get the land back into a stable enough condition to rebuild on?
3. What happens to those who did not have insurance cover, like the farmers?
4. What happens to properties that do not have adequate insurance amounts for rebuilding?

And, there are the bigger questions of the scheme itself - is the current level of cover (limits unchanged since 1993) and way it is structured the best way for earthquake insurance to be provided?

I believe that there are two main issues at play:

$100,000 covered the rebuild costs for most properties in 1993, but would not come close now. Now that insurers have (belatedly) realised this, they will be far less willing to insure properties sitting on risky land (e.g. on coastal, very steep or liquifiable sections). The obvious outcome is that insurance premia will rise substantially for suburbs like Bexley in Christchurch and the Rongotai peninsula in Wellington (if indeed insurance cover can be found at all).

If the government wants to avoid this (and they will), then EQC cover must rise to at least $250,000 per property (and probably to more like $400,000). Paying for this brings us on to the second topic.

EQC cover is paid for at a portion of the value of the property, irrespective of risk, location or building standard. This provides no incentive for home-owners to improve their home's earthquake safety. Should the owner of a single storey wooden home built on bedrock pay the same as someone with an unreinforced brick house built on liquifiable or tsunami-prone ground?

I accept that the purpose of the EQC is to make earthquake insurance affordable for everyone, but the current funding structure may be retarding rather than promoting improvement of the housing stock.

Let me emphasise that I am an enormous fan of EQC cover, and strongly believe it should remain in public hands (my brother lives in Southern California, where there is no EQC equivalent, and he simply cannot get earthquake insurance). I just think that the degree of cover and the payment structure may need updating.

I agree Dr Bob, I do know for a fact that CHC premia are going to rise, and that some areas in CHC will now be too high risk for some insurance companies to insure. There are flow on affects that a lot of people will not be aware of (financial) which is just another thing they will not need. CHC was rated two places below Wellington in terms of risk for earthquakes...we are now at top of the pile.

With your point two....it may become the norm for a Geo Tech report for everyhouse sold in a certain area, as these areas going to eb tagged much like a leaky building (certian sorts of designs) thats about $2k added to your selling/buying costs.

Yes, I could envisage quite a simple system for single- or dual-family residences, which might be quite cheap to administer (i.e. the vast majority of properties could be assessed automatically using the street address alone):

1. Is the property in an earthquake-prone area (i.e. most of NZ except Northland, Auckland and perhaps Dunedin)?

2. Is the property sited on land defined at higher earthquake risk (e.g. the yellow, orange or red areas on the Combined Wellington Hazard Map linked to below)?

If the answer to BOTH is yes, then the site/property would be subject to a modestly higher EQC premium (or would need a geotech report to show that it isn't at higher risk). If the answer to either is no, then standard premia would apply, with no site visit necessary.

After all, if the land itself slips or liquifies, then the property will be facing a total loss, irrespective of how well it's built or designed.

Oh I see EQC are only now going out for tenders to rebuild and fix up homes up to $100,000.00. International tenders as well, I guess there goes all that up-swing in the economy as profits go offshore again.

and there is more.... , you can get someone to fix your home, pay for it yourself and then they will reimburse you...nice one EQC i guess with people having to pay rent (most insurance polices only cover 3-6 months rent), go to work, then have mortgage payments on top that they are banking on people stressing (as you would) and getting overdrafts to get the work done rather than wait for a EQC appointed builder to do the work (as that will take 12-22 months no doubt)....

The EQC levies should be levied through the rates not the Insurer. It should cover all properties whether they be commercial or residential and both the amount and the levies should be indexed to inflation.