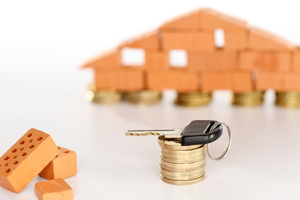 Those of us with general insurance can expect premiums to keep being hiked, as insurance companies struggle to keep their heads above water four years on from the Canterbury earthquakes.

A Credit Suisse report entitled ‘New Zealand General Insurance’, details how insurers have used up their reinsurance, so are turning to both their policyholders and shareholders to keep them afloat.

Their safety net is gone, and they’re fully exposed to the market.

While shareholders are taking a knock short-term, insurance companies can’t leave them hanging in the medium-term, so will rely on policyholders to bolster their funds.

Credit Suisse research analyst, Andrew Adams, says; “While many companies were confident that they had adequate reinsurance in place, increases in estimates are starting to test the upper limits of reinsurance programs."

“Insurers have sufficiently passed on the increased costs to policyholders and the industry profitability is now at record levels.”

The Insurance Council of New Zealand’s 2014 Review showed that last year general insurers parted with the smallest portion of money they received through premiums, to pay for claims, since at least 2004 (when interest.co.nz started collecting this data).

Adams says; “Market concentration should assist in maintaining elevated profit margins in the near term. Longer-term risk to margins will be via new entrants, with Youi recently gaining a licence in New Zealand.”

Adams says uncertainty around the role the Government will play in providing public insurance through the Earthquake Commission (EQC), is putting insurers further under the pump.

Once the Government completes its review of EQC, which is two years overdue, he says it’s likely it’ll reduce the level of cover it provides through EQC. This will pass more risk to the insurance industry, and result in more price hikes for policyholders.

Adams says; “In our view, the current EQC model is not sustainable and this will be addressed in the review. However, with a number of claims still outstanding, EQC continues to play a very important role and hence the review is unlikely to be released in the near term.”

So what kind of shape does this leave our largest general insurers in?

Suncorp in better position than Tower and IAG

“On our estimates, a further 10% increase in the February 2011 claims estimate by each of the listed insurers would result in a 20% earnings hit to IAG, 5% for Suncorp and 80% for Tower,” he says.

“As the earthquake claims settle and with the benefit of hindsight, it appears that Suncorp’s gross claims estimate was more accurate than most others in the industry and its reinsurance cover more conservative.”

Tower bought $50 million dollars of additional reinsurance last month, meaning it would retain exposure to the first $30 million in costs above current reserves.

Given Tower makes an annual underwriting profit of just over $30 million, Adams points out a full year of earnings is at risk before reinsurance kicks in.

While Adams says a “sizeable earnings risk remains” for Tower, he says IAG’s problem is that it has “limited reinsurance remaining.”

In December, IAG reported it expected its final claims cost in relation to the quakes to increase by between $750 million and $1 billion. It subsequently increased its reinsurance cover, which had fallen $220 million short of its RBNZ license requirements.

Adams says; “While IAG has settled slightly less than 70% of claims by number, the remaining 30% bring earnings risk should delay and inflation continue to be an issue.”

As for Suncorp, Adams says it “put in place a high claims estimate very soon after the event [quake] and at the time was criticised heavily for having inadequate reinsurance and poor risk selection."

“Over three years later… it appears that Suncorp’s gross claims estimate was more accurate than most others in the industry and its reinsurance cover more conservative.

“While Suncorp exceeded its full protection reinsurance limit (A$2.5 billion), it continues to have partial protection up to A$5.6 billion.”

Pulling Adams’ research together, we can conclude premium prices are likely to keep rising, as policyholders take on the burden of insurers being more exposed.

He says; “The underlying profitability achieved in the industry is not adequate to compensate for the earnings downside."

“The financial results of recent years have demonstrated a clear trend in increasing the core profitability for insurers, with a higher insurance margin expected to be the new norm."

At long last the model the greedy insurance companies have been using is coming back to bite them. many NZ'rs have learnt some harsh lessons since the ChCh earthquakes and are now demanding more accountability. Insurers should be held to account for the fact that a portion of the premium they recieve is a long term risk premium that needs to be banked, not siphoned off as profits. The very definition of risk is that sooner or later, but not never, the big one will bite, and the insurance companies have already recieved their premiums for this and therefore crying poor will not wash anymore with their customer base!