Canterbury earthquake insurance lessons yet to be put into practice, as people continue to be stumped by their insurers

Insurance
Canterbury earthquake insurance lessons yet to be put into practice, as people continue to be stumped by their insurers 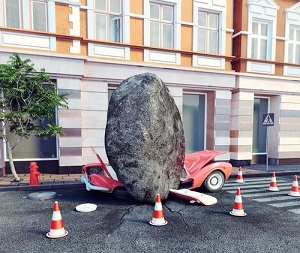 Sad stories of Cantabrians denied insurance pay outs they thought they were entitled to after the 2010/11 earthquakes, haven’t opened up people’s eyes wide enough to spot the traps they can fall into when buying insurance.

Those who’ve hit a wall trying to resolve disputes with their insurers and financial service providers, have generally not got their way when resorting to laying complaints with the Insurance and Savings Ombudsman (ISO).

The ISO’s annual report released today shows only three (1%) of the 254 complaints it investigated over the past year, were upheld.

A further 10 (4%) were partly upheld and 56 (22%) settled through negotiation, conciliation and mediation.

This means 27% of complaints were settled favourably for consumers, while 72% were simply not upheld and 4% withdrawn.

Just over half of the complaints the ISO investigated over the past year related to fire and general insurance, while 41% related to health, life and disability insurance, and small portions to credit contracts, financial advisers, superannuation and non-regulated financial services.

Insurers pick up the ball

The Insurance and Savings Ombudsman Karen Stevens says, “The complaints we are now investigating are more complex, and many of the straight-forward issues are being resolved earlier by our participants [insurers and financial service providers].

“Industry practice is changing for the better, so complaints can be resolved within the insurance or financial service provider’s own complaints processes.”

This (and the fact more Canterbury quake claims have been settled) has seen the number of complaints investigated by the ISO drop by 15% over the past year.

However the fact a greater portion of complaints have been denied by the ISO over the past year, indicates there’s still a large number of people incorrectly adamant they’ve been wronged by their insurers – fighting a losing battle if you like.

Stevens puts it down to financial literacy.

“Consumers aren’t really aware of the importance of the insurance documents they sign up to. They’re not fully aware of the consequences of failing to disclose material information, and of their obligations under the policy,” she says.

“They sometimes think if they pay the premiums and sign the contract, that’s all that they have to do.”

She maintains that our society’s demand for immediacy takes away from the reality that an insurance policy is a binding legal document.

“We are a generation, or a nation, of people who don’t read as much. There would be very few people who ever read their contract… and so they don’t fully appreciate what their obligations are, and even what the cover is,” she says.

Stevens maintains that as more insurers provide quick and easy ways for people to buy insurance online, the problems we’re seeing now will only be exacerbated.

“They don’t’ full appreciate that even though it’s easy, it will have fishhooks”, she says.

Stevens admits the insurance industry needs to take responsibility to make sure consumers know what they’re signing up to, when they buy insurance.

“The information is there. It is clear enough if consumers read it. But it’s not something that is hammered home sufficiently. It’s the job of all of us in the [insurance] business to do it.”

Read this story for more on making sure you have all the information you need when shopping for insurance.

Stevens says non-disclosure is the most common barrier preventing people from having their claims paid out – a “silent killer”.

So that is people failing to disclose everything they have to, to indicate how risky they will be to the insurer, when taking out a policy as well as throughout the policy’s life.

A number of people don’t realise for example that you have to disclose any traffic convictions you’ve had (other than parking tickets) to your insurer every year, and if you’ve had any modifications made to your car.

Stevens notes most insurers will remind you of this when your policy comes up for renewal, however this may not be something the insurer will absolutely drum into you, so you need to take responsibility yourself.

Controversially, there is no law defining how clearly insurers need to spell out what their customers need to disclose.

The ISO says, “Insurers’ responses to nondisclosure vary: some opt to exercise their legal right to avoid the policy in its entirety; and others adopt a more flexible response, based on what they would have done had the information been disclosed at inception.

“While legislation is highly desirable, the ISO Scheme works within the current legal framework for non-disclosure, making decisions that are fair and reasonable in all the circumstances.”

The first thing an Insurance Co does on a claim, is look for an out.

They have a dedicated team to find this way out.

You stump up the premiums, they fail to stump up with the sums, any which way they can.

It seems that no matter what the Cantabrians did, the Insurance Co found a way out, in many of the cases, much to the chagrin of the so-called Insured.

Not to mention the Governments role in bailing out and taking on a certain element of the mess.

(Jeez I said not to mention..that, most people have already forgotten that...and the fact we bailed out certain peoples claims, but not others...in Finance Companies too......etc...etc.).

Thereby compounding the bad situation for many....giving a triple whammy...if hit by both earthquakes and being ripped off by our Ponzi brigade Financial manipulators of old. And not so old..

Plus of course the poor Management of the entire process from woe to sorry..."No".

Nothing should have taken this long.

But nothing could have imagined a double and triple whammy to compound and add insult to injury, to all this.

Insurances, only like to take, not give. A bit like Finance and Banking, They are a profit making enterprise and do not like to make a loss, That is why we need something like ACC, in the national interest but that has been abused and miss-managed too, so give me a break here, I said something like, not how it finally ended up.

I would also like to see the Banking systems over hauled. So that fraud and corruption and theft as a Banker, is not allowed. It is the main Interest of myself and others.

But then...we might have to change a few Over Heads..to do that.

As many all here may know. A deficit is not a deficit, when cooking the books.

In the red, means something different to some. And of that you can be assured.

Insurance is and always has been a contract 'uberrima fides' - requiring utmost good faith on each side. The common law in this area goes back five centuries. And common law/case law sit underneath written/enacted law, and apply to all and every contract.

So non-disclosure is, quite literally, a breach of contract.

Plus, most risks are re-insured (to widen the pool of risks taken on and thus to spread e.g. geographical risk), and, not incidentally, some insurers are still mutuals (e.g. FMG) who by definition cannot 'make a profit' that cannot benefit policyholders.

Facts. Always the spoilers to hand-waving...

A very unequal relationship, especially when the insurer writes the Contracts, disclaims many of their liabilities, and imposes heavy disclosure requirements on the customer (backed up by the law). Then the insurer is the first and main judger of any dispute, having the deepest pockets to contest any disagreement.

Which is why the Law Commission proposed a [sensible] rebalancing - something the politicians have never made any progress on.

'Good faith' is required of clients, sometimes not shown by insurers. This relationship needs a fairer rebalancing.

I agree David. The main reason more complaints are not upheld is that most genuine claims are dealt with prior to getting to the ISO level and even if they did the insurer normally gets to a compromise with the customer before making a ruling.

Out of all our claims only 1 made it to the ISO. As soon as it got there I got an offer for the full amount I wanted (was a small loss of rents claim way back in 2012).

Normally as it moves up the chain of command, it becomes a bit like Mel Gibson's monetary demand in "Payback", the amounts involved seem trivial, and its cheaper to settle.

This process doesn't solve the underlying problem which is what needs addressed - delay and low ball offers.

The word "insurance" has a well established meaning and it has been this meaning that people buy.....the insurance industry sells a product claiming it is insurance but then tries to change the meaning of what insurance actually is!!