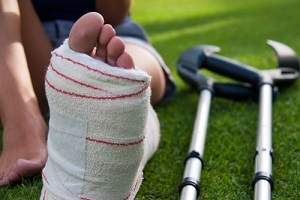 The Accident Compensation Corporation (ACC) has become fully funded for the first time since it was founded 41 years ago, off the back of it making a $1.6 billion surplus in the past year.

It now has enough money to meet the future costs of injuries that have already occurred.

In its annual report released today, the Minister for ACC Nikki Kaye says the achievement should give New Zealanders confidence the agency will have sufficient funds to provide ongoing support should they get injured.

The ACC board chair Paula Rebstock explains: “The surplus means there is now no gap between the scheme’s financial assets and claims liabilities.

“In the past ACC has required a surplus to bring the scheme to a point of being fully funded. Now that we have achieved this, under a proposed new funding policy we expect to set levies to allow us to only meet the cost of current claims. In the future this will mean that we do not expect to see large surpluses.

“Our strong financial performance is one of the reasons why we’re consulting on levy cuts for New Zealanders in 2016/17. It follows on from substantial levy cuts – particularly for vehicles levies – in 2015/16.”

These proposals, coupled with ACC’s decision to remove the residual levy, would see around 75% of businesses pay a lower work levy, while around 25% would see their work levy increase as a result of paying a fairer share of injury costs in their industry.

There will also be a small reduction to the earners’ levy paid by all salary and wage earners, to fund out-of-work injury costs.

Rebstock says: “The investments team had another outstanding year, beating market benchmarks for the 20th year in a row. This is a remarkable accomplishment by global standards. Every $100 that ACC invested 23 years ago has grown to be worth $934 today.”

ACC reports: “Although most of this return was due to general market effects, it was nonetheless a good result for ACC even after taking account of the effects of changes in bond, equity and currency markets.”

It also recognises the New Zealand sharemarket outperformed most other markets when expressed in local currency terms over the past year.

This is great news. Now the government can focus on fully funding superannuation right?

Wow , have we been rorted or what ?

This surplus should now be invested wisely and right here in NZ , NOT in Hispanic banks in Southern Europe , viz Portugal .

Just goes to show what central bank zero cost money fabrication can achieve - and still there is no inflation, right ? - Did any economy grow at a rate close to 30%?

However, you cannot simply print trillions in paper liabilities in order to purchase your own other paper liabilities (and no, that is not a typo, that’s just simply what’s happening here) without creating distortions across capital markets and that’s exactly what’s happened across the globe as the Fed and its DM brethren have "accidentally" engineered an epic case of capital misallocation that, far from promoting an increase in global demand and trade, has actually contributed to a global deflationary supply glut. Read more

Should we have a review of ACC? They seem to have dealt to some of the abuse and rorts, but this seems to have also given rise to many genuine victims missing out. In the event of somebody has no or inadequate recompense for an accident, should they have the right to sue the party at fault restored to them? It seems unjust to deny somebody the right to sue on the basis that the ACC will cover the risk, but doesn't. If the claim is unjust as ACC claim then the suit will not succeed. This provision to permit sueing would provide an accurate yardstick to hold the ACC to.

What will be the reaction when markets reverse?
Have we not seen this all before?

yes in 2009 when national were screaming from the roof tops the mess labour had left and how under funded it was.
never bothered to explain the sheeple that acc's investments had dropped 15-20% due to the GFC.
lucky they did the reverse of the Cullen fund so ACC were able to invest more in the downturn and now are reaping the rewards.
did they do that because they knew what they were doing money management wise,
or political point scoring so happened by accident?

I couldn't agree more. Finally someone who is raising the right conversation. It's time for ACC to go. Just ask anyone who has ever had to depend on them. They find any and every excuse not to pay. Yet we never have our day in court. Ask anyone who has been through it.