Insurance
Cameron Preston crunches the numbers to see what's in it for insurers to delay settling Canterbury earthquake claims
18th Jul 16, 9:04am by Guest 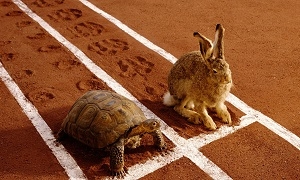 The Insurance Council of New Zealand (ICNZ) chief executive, Tim Grafton, in December 2012 stated on behalf of all private insurers:

“Claims that insurers have sought to delay or avoid payments in Christchurch are urban myth… There is no commercial reason for insurers to delay payments.”

It’s more than three years since Mr Grafton made that statement, so let’s use his own data to assess whether they have sought to delay and whether there are commercial reasons for it:

The above graph plots (using ICNZ data) the number of ‘over cap’ properties that are the responsibility of private insurers as a result of the Canterbury earthquakes.

In theory a damaged property should be passed straight from the public insurer (EQC) to the private insurer (State, Southern Response [AMI], Tower, Vero etc) as soon as its damage is assessed as over EQC’s $100k ‘cap’.

Locally the term coined for this transition is going ‘over cap’. Once ‘over cap’ the property’s reinstatement is handled entirely by the private insurer.

The graph illustrates two important concepts that are vital to understanding the mess that the Canterbury Residential Rebuild has become over the last six years:

Delaying the acceptance of responsibility from EQC

In the graph above you can see that by the end of 2013 nearly 25,000 properties had been passed by EQC to the private insurance industry to take full responsibility for reinstatement.

However the private insurance industry, which had run out of reinsurance and didn’t want them, handed responsibility for 2,700 properties back to EQC at the end of 2013.

Those properties have been slowly drip-fed back to private insurers since, these delays allowed the insurers to recaptialise using vastly increased premiums to all New Zealanders. At the same time it enabled their future liabilities to be safely recorded against the insolvent EQC, as the Reserve Bank’s newly introduced prudential regulations did not allow the liability to sit on the correct balance sheets – that of the private insurers.

EQC itself did not like this, but there was nothing it could do or say. In addition EQC was forced to try (and botch) complex reinstatement works instead of pushing more claims rightly overcap. That act alone has been nothing but a manmade disaster for homeowners (and unfortunately eventually the taxpayer in years to come).

In May this year Mr Grafton claimed that he was told by EQC there was only another 300 claims to classify as either under or over cap by 30 June 2016.

However EQC’s official data out this week shows that as at 6 July 2016, it has passed responsibility for a total of 27,849 properties to private insurers, with another 1,108 “not yet resolved”: 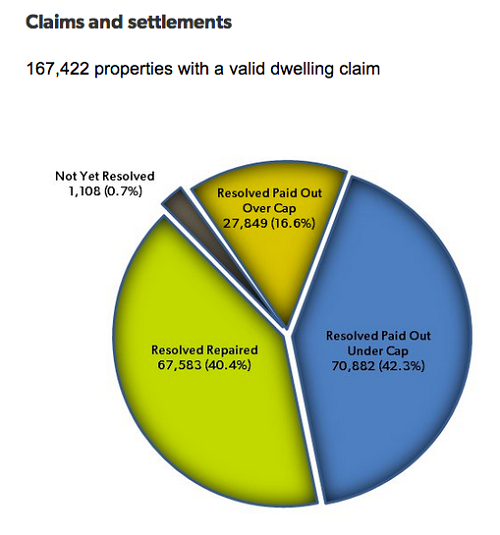 However on the other side ICNZ’s latest official data (as at 31 March 2016) states that it has only taken responsibility for 25,753 properties.

So there are 2,096 families in Canterbury whose properties are missing in some type of continuing ‘tug of war of responsibility’ between EQC and private insurers after nearly six years. On top of that there are another 1,108 families whose properties are in all likelihood ‘overcap’ but the private insurance industry continues to refuse to allow EQC to transfer responsibly to it as it tries to protect its fragile balance sheet.

And that is before you even start examining a good portion of the 67,583 EQC ‘repaired’ properties botched by EQC, arguably because they were under an implicit  directive to delay the transfer of responsibility to private insurers.

Once private insurers can no longer hide from their responsibility for an overcap property, and their ability to delay that transfer of responsibly finally runs out, the next delay tactic is that of a ‘go-slow’ on any assessment and reinstatement works.

The graph above illustrates the glacial progress made by private insurers in rebuilding and repairing properties once they have assumed responsibility.

The ICNZ data shows that of the between 26,000 and 29,000 (depending on EQC and ICNZ data) overcap properties, they have only repaired and rebuilt just over 5,000, in nearly 6 years.

The data clearly shows that the delays have forced more and more homeowners to accept ‘out of policy’ resolutions. These are known in the industry as ‘cash-outs’ or ‘external resolutions’.

The common theme of ‘out of policy’ resolutions is that they are usually in cash, and they require the homeowner to fully accept the insurer’s estimate of the extent and cost of reinstatement works, and assume all the risks of reinstatement from the insurer.

While there is nothing wrong with an out of policy settlement in theory, in practice many in Christchurch report the heavy use of ‘in house experts’ for damage assessment, non-market rates, and cheap risky methods of repair. Question of such normally results in subtle threats of further delays if the amount being offered is not accepted.

One of the most blatant examples of this occurred last year when IAG dumped its repair and rebuild programme completely, effectively making the only avenue available for its customers that of an ‘out of policy’ cash negotiation.

So in summary, three and a half years after Mr Grafton made the statement that insurers don’t delay on purpose, events show that the insurers he represents have delayed: firstly by refusing to accept their liabilities from EQC; and secondly by dragging their heels on reinstatement works in order to force their customers into lowball ‘out of policy’ settlements.

The results of these tactics are that thousands of families are either: having to continue to ‘wait it out’ with next to no support; or are having to deal with botched and substandard repairs by the public insurer EQC.

So to say things are a bit of a mess in Christchurch might just be my opinion, however private insurers do have commercial reasons for these delays, and they are delaying on purpose. That isn’t just my opinion, and it isn’t a myth, unfortunately it’s an urban fact.

*Cameron Preston is a Christchurch chartered accountant and homeowner who has longstanding unresolved quake insurance claims.

We need an independent judicial inquiry into the EQC and insurance industry. We all know the big one will hit again. So it is in all our best interests to learn the lessons from Christchurch's earthquakes.

House wrecked in Feb 2011 quake. Rebuild finally gets practical completion this month, 2016. But unable to occupy as large 3m-high retaining wall at entrance only now being built. Wall was left off insurer's original 2011 scope. I was only allowed to see the scope last year, nearly 2 yrs after signing build contract. No transparency.Whole process a nightmare as I know zilch about building. Early 2014, as I ponder my budget, build variations, bewildering loss adjustor emails etc, I fail to notice my teenage daughter is very depressed. She takes her own life in April.

Oh my god. That is so sad. My heartfelt sympathy.

That people can be so callous and unscrupulous in their treatment of people is appalling.
I guess we should not be surprised that paid shills like Grafton try to defend the indefensible, but that our government protects them adds salt to the many serious wounds.

So sorry to read that , my heart goes out to you & your family

I am so so sorry to read your story and can't imagine what you and your family have have suffered. Unfortunately you are not the only one to have lost a family member in Christchurch following the earthquake, but it just seems manifestly unjust that the deliberately shambolic EQC/Insurance efforts to "fix" things has generated its own special collateral damage. Pure evil.