The Medical Insurance Society calls on cash from its parent, as it exhausts reinsurance cover for the February 2011 Canterbury earthquake, and is left to foot nearly a quarter of the bill on its own

Insurance
The Medical Insurance Society calls on cash from its parent, as it exhausts reinsurance cover for the February 2011 Canterbury earthquake, and is left to foot nearly a quarter of the bill on its own 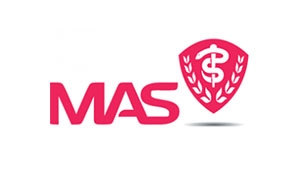 New Zealand’s large general insurers aren’t the only ones scrambling to find enough cash to pay for outstanding claims, more than five years on from the Canterbury earthquakes.

Its chief executive, Martin Stokes, told Interest.co.nz the company has used the $203 million of reinsurance it received for the event, as it’s already paid out $234m in claims.

Yet it expects the bill for the February quake to total $262m, meaning it has dug into its own pockets to cover $59m of this.

In other words, 23% of the February quake claims costs have fallen directly on MIS.

To put this in perspective, with its reinsurance also used up, Tower is footing a $75m bill for the quake. This is equivalent to 17% of the $450m of claims it expects to pay for the event.

This level of exposure has been high enough to spark ratings agency A.M. Best to see Tower’s outlook at ‘negative’, and warn that the quake hangover could have a “material impact on its prospective financial strength”.

Both MIS and Tower still have reinsurance cover available for the September 2010 earthquake.

So where is MIS getting its cash from?

Stokes confirms MIS hasn’t bought an expensive reinsurance top-up, known as Adverse Development Cover (ADC), which companies such as Tower and IAG have used in the wake of the quakes.

Rather, MIS can tap into the piggy bank of the broader group it is a part of.

“The diversified nature of the MAS group (including its General Insurance, Life Insurance, Funds Management and Finance Companies) enhances the prospective financial strength, financial flexibility and sources of capital for each entity with diversified ongoing income streams,” he says.

According to MIS’s just published financial results for the year ended March 31 2016, the private company issued 7.5m shares, at $1 per share, to MAS.

The results also indicate some funds have been shuffled between MIS and MAS.

MIS still to clear $54m of outstanding claims off its books, while recovering from a loss

While MIS's capital fell back slightly over the year to $35m, it still has a solvency margin of $18m above that required by the Reserve Bank (solvency ratio of 2.3x).

Yet the results show MIS widened its net loss after tax, from $3m in 2015 to $11m in 2016. This stemmed largely from it paying more claims, yet hardly increasing the amount it earnt in premiums.

Adding all MIS's non-quake related claims to the mix, it has a total of $54m of claims to clear off its books.

The problem for MIS, as with all insurers, is that its estimated quake claims costs keep rising every year as it receives more claims from EQC and building costs increase.

Insurance Business provided good income for directors and shareholder for many years.

Not to mention all the big parties travel, bonus and commissions paid out.

How ever when the BIG one hit there was not a lot of money in the kitty.

I wonder what the directors or board memembers did with it?

Like any service industry they extract the money and maintain minimal reserves. They have no risk processes in place to check and verify that their reinsurance would be sufficient to cover an extreme event.

Typical New Zealand management practice and financial management. There are a lot of people collecting their pay but have no idea how to do their job adequately, let alone exceptionally. Given the above statements we trust financial institutions and insurance too much.

Dig deeper into the massive fraud.

I must have read a different article to those above...I'm sure the article I read said that while they don't have that much cash sitting in the piggy bank they can call on the Parent group's piggy bank?

They obviously have risk processes which is why they don't need to purchase ADC.

Many people have likely noticed insurance premiums for all types of insurance products increasing at an alarming rate (to cover shortfalls) I like many are running a fine comb over various insurance policies to see whether they are necessary. Happily moving business. Insurers need to be careful that they dont burn off existing customers.