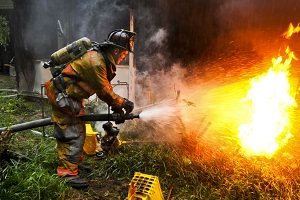 Landlords are welcoming the Government’s proposal to put some of the onus back on tenants to pay for damage they accidentally cause to the homes they rent.

Yet question marks remain over what’s the best way to do so.

Building and Housing Minister Nick Smith is suggesting a change to the Residential Tenancy Act that would see tenants liable for damage caused by carelessness or negligence up to the value of their landlord’s insurance excess, but not exceeding four weeks’ rent.

Smith adds: “A different amount could be mutually agreed if specifically provided for in the tenancy agreement and would enable the tenant, if they wished, to take out their own insurance.”

The Ministry of Business, Innovation and Employment is consulting with insurers, landlords and tenants on the matter following a controversial Court of Appeal judgement (Holler and Rouse vs Osaki) in April ruling landlords are completely liable for damage accidentally caused by their tenants.

Smith says the ruling has created uncertainty for landlords and tenants and is “affecting the effective functioning of the Tenancy Tribunal”.

“The problem with this approach is that it reduces the incentive for tenants to take good care of the property they rent. It also reduces the landlord’s incentive to have insurance as it lessens tenants’ responsibilities,” Smith says.

“My concern about this new interpretation is that it will add to the overall costs of the residential sector, driving up insurance costs and rents.

“However, we do not wish to return to the situation where tenants may be sued by their landlord’s insurance company for hundreds of thousands of dollars, such as with an accidental house fire.”

If Smith’s proposal went ahead, the tenant would still be liable for damage caused intentionally or by a criminal act, while the landlord would remain liable for fair wear and tear, and any damage caused to the property by an event beyond the tenant’s control, such as a storm or an earthquake.

Four week cap ‘reasonable’ given size of most damage claims

A director of the tenancy services firm Tenancy.co.nz, Scotney Williams, believes Smith’s proposal has struck the right balance protecting the interests of both landlords and tenants.

He says capping a tenant’s liability at four weeks’ rent is reasonable, given most damage claims are fairly small in size, so their excesses are less than what the average tenant would pay for four weeks’ rent.

In this sense, there would be very few instances where landlords would be left to cover large excess bills.

He says calculating a tenant’s liability based on the amount of rent they pay is problematic, as while rents vary across the country, the cost of repairing damage is pretty similar no matter where you are.

For example, an Auckland tenant, paying $800 a week rent, may be responsible for contributing $3200 towards replacing the carpet they damage after a big party they host in their rental. Meanwhile a Tokoroa tenant, paying $300, may only be responsible for contributing $1200, despite the cost of replacing the carpet being the same in either instance.

Le Grove says the way insurers consider each “spillage”, a separate event, incurring a separate excess, also needs to be looked at.

For example, if a tenant’s pet dog urinates on the carpet on 10 different occasions, causing damage to 10 pieces of carpet, the insurer would charge 10 excesses to replace each piece of carpet. This can complicate matters and see excesses reach astronomic levels.

Le Grove also disagrees with Smith’s proposal to give landlords and tenants the ability to come to their own arrangements when it comes to liability, saying this is messy and inconsistent.

While the NZPIF hasn’t yet come to a consensus as to what exactly its preferred solution would be, le Grove says clear limits need to be put in place around a tenant’s liability.

“There has to be an ability for the landlord to recover a reasonable amount of the cost and for the tenant not to be financially ruined for the rest of their life,” he says.

Speaking to interest.co.nz further to the release of the Osaki judgement in April, IAG’s Deputy General Counsel of Enterprise Seamus Donegan, warned tenants should not see the ruling as an opportunity for them to ditch their contents insurance.

While they may not be liable for accidental damage caused to their rentals as it stands, insurance will come in handy if they damage anyone else’s property – their neighbour’s house or their mate’s boat stored at the property they rent, for example.

Such a pathetic law that landlords cannot recoup damage by tenants. Obviously no-one who thought up this idiocy has rental property. Because of this BS I have declined to renew my tenants lease and will not be renting my property out again. It is just not worth it. I am just so sick of the idiotic meddling of pathetic government officials in something their half brains cannot fathom.
The result? Less properties on the rental market or increased rents to cover potential damage which is now not recoverable... caused solely by morons in the government without the slightest idea of how the rental market should work. And to have an arbitrary limit on what is recoverable in new suggested law? Moronic.
Welcome to government by idiocracy.

With such a large proportion of the market renting, the laws will swing even further in favour of tenants.

Maybe time to look at other speculative opportunities.

I have been saying this for ages, once tenants become the major voting block, and in this block I include OO who have children or grandkids that rent but don't own an investment property
policies will be framed to favour them as they will win more votes at the ballot box

or do you mean the disadvantaged? How does a democracy cope with a very uneven playing field. Where the wealthy asset owning classes get their money for free and the rest get assigned to a life of peonage and drudgery with little or no hope of breaking the dependency cycle. So I would expect more and worse to come.

Could be in for a wild ride on the way down.

Estimates of Chinese debt based on official figures are frightening enough — an FT analysis put the figure at 237% of GDP at the end of March — but an increasing number of analysts now believe that the true figure may be higher. The reason is not… that China’s government statisticians are intentionally cooking the books. Instead, financial engineering and rising complexity in the shadow banking system are outstripping the ability of traditional indicators to track debt flows from all sources. In focus is a once-obscure data series that tracks bank lending to non-bank financial institutions (NBFIs)… Bank claims on NBFIs… have increased massively, from to Rmb11.2tn at the end of 2014 to Rmb25.2tn at the end of August.”

As the banking system self-destructs, the problematic local government debt situation only worsens. What's more, Corporate Credit continues to expand rapidly, in the face of an increasingly hostile pricing and earnings backdrop. Corporate debt has ballooned to $18 TN, or to almost 170% of GDP (from Reuters).
“More than 70% of new loans in August were to households, much of that in the form of mortgages… a remarkable shifting of the fire hose of credit… China’s stock of mortgages stood at 16.9 trillion yuan ($2.5 trillion) as of June 30. Almost a quarter of that was built up in just the past year…”
http://creditbubblebulletin.blogspot.co.nz/2016/10/weekly-commentary-per...

If you can't cope with tenants, then you must have not done your due diligence on risk and ought to get out of residential rentals.

Agreed, I refuse to rent to beneficiaries or own properties in areas with a high proportion of beneficiaries/state homes. Renting to those without pride will only lead to hassles and losses.

Just what we nee TuaWai...get the god damn landlord outta my street, let the FHB's back in who will renovate, mow the lawns and add some pride and community. For every bit of misery imposed on landlords, be it tenancy rulings or meth, I rejoice.

It's bad for all tenants if some can get away with damaging things. The landlords will simply continue to state no pets, no picture hooks, no walking on the floor and no breathing inside.

Maybe just like renting a car, the renter pays for full insurance as part of the tenancy agreement. If not they are liable for the full sum or, more likely, they do not get to move in.

Lots of comments but most of them do not report exactly what Nick Smith said.
He said the Property Law Act PLA insurance clause would apply in that the tenants would be liable for the excess or four weeks bond which ever is the lesser. But he also said the landlords could put into the tenancy agreement some other figure. He also said landlords could require the tenants to take out liability insurance. What he did not make clear was what happens if the insurance company applies more than one excess.
My plan is to cover that aspect in the agreements. If the RTA provides for doing it why not do what you are permitted. He claims he does not want tenants financially ruined by their stupid actions. So I take it that it is ok to financially ruin a landlord. He obviously has never had to try to collect a large sum from a tenant. They usually just get the debt wiped at the court and do not then need to pay.