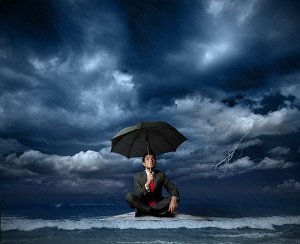 The Reserve Bank (RBNZ) warns insurers could be taking too much care of their shareholders at the expense of their policyholders.

The RBNZ, in its six-monthly Financial Stability Report released last week, says: “Following completion of full licensing in 2013, the solvency of the New Zealand insurance sector [life and general] has generally trended upwards.

“However, in the past year, the sector paid dividends of about twice its net profit, narrowing solvency margins.

“Should insurers continue to distribute large dividends, there is a risk that they erode their solvency buffers, reducing their flexibility to manage adverse scenarios.”

A scan through the 2016 financial results (reported to the New Zealand Companies Office) of some of the country’s largest insurers, supports the RBNZ’s comments.

However actuary Peter Davies, who consults to a number of insurers, believes there’s nothing to worry about and the RBNZ’s choice of wording overstates the situation.

“My perception is that there is no particular trend and there are no common themes in the insurance industry’s recent dividend practices.

“Companies accelerate or delay the payment of dividends for a range of reasons, each unique to the circumstances of each company at the time.

“Maintaining surplus capital on its balance sheet is costly for any company, in terms of opportunities foregone.

“If the New Zealand industry, which is dominated by a few larger insurers, appears to be going through a phase of declaring relatively high dividends, that is simply a reflection of the amount of surplus capital that happens to be on the industry’s balance sheets.

“I would not agree with the RBNZ’s choice of words implying that paying out surplus capital is an indicator of an industry at risk.”

Davies says the industry has “every intention” of retaining its solvency buffers, and there are significant controls in place to ensure they do so.

“The RBNZ solvency standards for the life and non-life industries are, in my view, robust, providing a well-targeted cushion against adverse events.

“Each insurer has, in addition, its own internal capital management policy that sets out additional buffers in excess of the RBNZ-specified “cushions”, before dividends can be declared.

“Insurance company boards, and risk management committees, are keenly aware of their risks and obligations in setting these policies, and will tend to err on the side of conservatism.”

Well at least that no longer applies to Tower, reasons for which are self evident. Unfortunately the stable door in this case looks to have been shut way too late. How about the other lolly? IE great big fat executive bonuses. Any figures on that?

Talk about stating the blindingly obvious! And the same can be said for most of our Corporates (especially banks) - it's the NZ disease.