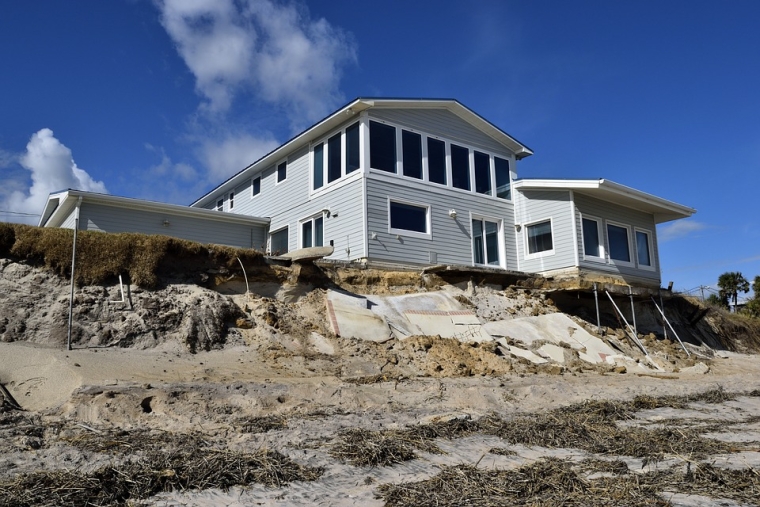 New Zealand’s major general insurers are scant on detail around what exactly their moves to more risk-based pricing models look like.

Tower last week announced that as of April, it would start implementing a new approach that would see its customers at greater risk of being hit by a natural disaster pay the actual cost of this risk.

This would see policyholders in parts of Wellington, Napier and Gisborne for example pay higher premiums than those in lower risk parts of the country.

Further to flagging this move in its annual results released in November, Tower went on to explain that the “vast majority” of its customers would not see any significant change in their premiums, yet less than 2.5% would see the insurance risk part of their premiums increase by more than $250 in a year.

In its media release, the insurer said: “Previously, while regions at greater risk did pay more for house insurance, insurance premiums still did not reflect the full cost of providing cover for these properties and this meant other.”

Its new approach was therefore said to be “more equitable”.

Yet it didn’t go so far to say that increases in some areas would be offset (at least to some extent) by decreases in others.

The impression a spokesperson gave over the phone was that doing so was too complex.

Turning now to the largest general insurer in the country, IAG, its then chief risk officer, Karl Armstrong, in December 2016 told interest.co.nz premiums had been “hardening” since before the Kaikoura earthquake, and we were to see an “exacerbation” of that.

“What we must consider at some stage in the future is a user-based pay system,” Armstrong said.

Asked this week to provide an update on where things were at in terms of a possible transition to this user-based system, IAG said it had nothing to add to Armstrong’s comments.

It made a general statement: “Insurance companies constantly assess the level of risk for the properties they insure and their pricing approach, and IAG New Zealand is no exception.

“Insurance has always been risk-based, where the premiums charged are reflective of the expected costs of providing cover which includes claims costs and cost of reinsurance. As such, we continue to review our business and position based on this.”

Suncorp New Zealand’s executive manager of personal insurance, Sacha Cowlrick, made a similar comment when asked to detail the company’s position on risk-based pricing in light of Tower’s announcement:

“Vero already employs risk based pricing for home insurance policies and has done for some time.

“We regularly review and update our pricing based on both normal claims and natural disasters, including using market leading earthquake risk modelling technology.”

We are a country that at it's furthest is

So, in a roundabout way, they’re jacking up the premiums for everyone.

Pic is telling. Beachfront if not cliff front, heading to distruction as you cant stop the tide. Higher premiums coming, other wise niche operators will offer low rate for low risk leaving the higher risk to existing operators. Will happen or low risk owners will wind back insurance.

Well I am with tower in Christchurch my house contents under super maxi policy which is no longer available went up from$2150 to$2558 we have had never a claim even in earthquakes, we are tc1 land I asked them to justify increase and they made out that eqc and fire levies were to blame , this was not true as I got 200 buck increase , however the AMI policy was going cost me $500 more for less cover

Tower would have us believe it is altruistically applying a risk based rating approach just because it's 'more equitable'.

Perhaps it is more about Tower being forced to reduce its earthquake exposure by shedding customers in EQ zones because it finds itself unable to source reinsurance on terms that will allow it to compete with the big boys who have more buying muscle?

One imagines they may not be the flavour of the month with reinsurers following the recent dispute over their adverse development cover.

This is no more than the 1st serious some pressure on local and central governments on risk of climate change issues. The have been several resent studies of insurance risk in regards to this.
Insurance companies insure risk.. They do not insure stuff that is going to happen.
With climate change, rising sea level, increased storm intensity, and occurrence, low lying flood plains and coastal areas, Cliff tops, buildings on sand dunes will eventually have to become uninsurable or insurance will no longer exist.
This results in banks not lending , re financing on these properties.
If the government continue to drag their feet, the insurance companies will have a choice, go bust or act.
The stupid thing is climate change has been in media, well published since at least the 1970s.. Even big business acted back then, pulling Freon propellants for aerosols world wide, well before governments acted. To be fair thu it was motivated by marketing opportunities.
Yet even from these modest beginnings, 50yrs of serious media coverage, it seems due diligence of home buyer, developers etc has not taken place, even at this moment.
Now it will be " Oh dear poor me, I need government compensation.." and /or " Government build us a big wall around NZ..." , that has one of the longest coast lines in the world..... Yeah right.
Moving on earth quake areas is just the 1st move in testing the waters to move the major issue of climate change areas.
Earth quake is a risk
Climate change is a sure thing
Insurance is about risk.

think we are doomed another Green person , yes we should help but the joker in America does not believe in climate until Mr Trump does doom doom