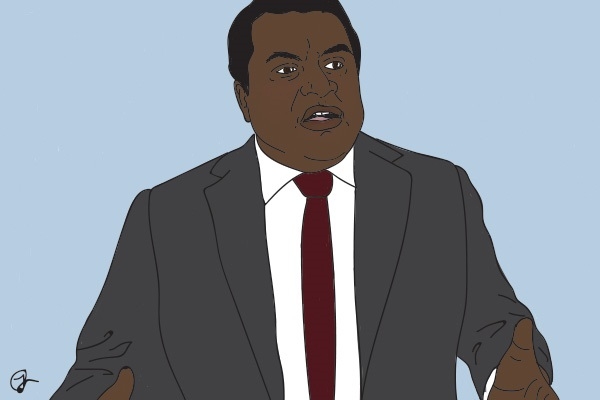 Commerce and Consumer Affairs Minister Kris Faafoi says it’s “disappointing” to hear from the Financial Markets Authority (FMA) just how widespread the use of soft commissions in the life and health insurance industries are.

The FMA on Wednesday released a report revealing life and health insurers spent $34 million, or 9% of the sales revenue they received in the two years to March 2017, on soft commissions – trips, tickets to events and conferences, etc.

Yet Faafoi says he’s heartened two of the nine insurers the regulator studied, have since ditched some of the soft commissions they had once paid the advisers who sold their products. Interest.co.nz believes AMP is one of these insurers.

While the FMA’s report on soft commissions details the systemic conflicts of interests that arise when advisers are paid commissions – both monetary and non-monetary – the Minister won’t commit to attempting to stamp these out as his counterparts have done in Australia and the UK.

Rather, he is focused on finishing the work started by the previous National-led Government to legislate to require all advisers to put consumers’ interests first, and meet tougher disclosure requirements.

“My aim is that the Financial Services Legislation Amendment Bill (FSLAB) will ensure anyone giving financial advice will put the consumer’s interests ahead of their own and comply with a code of conduct,” Faafoi says.

“I want to see FSLAB improving the disclosure obligations of those offering financial advice so that consumers can make informed financial decisions. Part of the work on improving disclosure will look at addressing soft commissions.

“The Bill is currently being considered at Select Committee. Written submissions to the Committee have now closed and the Committee is in the process of considering submissions and forming a response with a report back to the House due 31 July.”

Quote from stuff article: "Naomi Ballantyne from Partners Life said when the company launched in 2010, it had no choice but to compete on soft dollar incentives."

One suspects Partners Life actually spends the most on soft dollar incentives, given they sell the lion's share of new business. Don't forget they once sent advisors to the Playboy mansion...

Do you have details of the Playboy Mansion trip?

Legitimately quite funny but an "unfortunate" choice of incentive.

That trip to the Playboy mansion was cancelled when it hit the media. Have to admit I thought it was a bit 'on the nose' when it first came out - was still a great conference though thanks for asking. Learned a lot from the industry and motivational speakers.

Warm up the wet bus ticket printer Kris. What a lazy twat.

What a joke, how on earth will the the FMA prove whether or not a decision was made in the client's best interest? Judging by the number of prosecutions the likelihood of sharp practices being held to account is slim to none.

And they think better disclosure will make a difference?? Hello, consumers are guided by advisers precisely because they don't have the expertise to differentiate between suitable and unsuitable products.

The only answer is a complete ban on all commissions, anything else is just storing up trouble for another day, and you only need to look across the Tasman at the banking royal commission to see where that leads.

Serious question - how would advisers get paid if you banned commissions outright? I get it that trips to the playboy mansion are a bit ridiculous but if you banned them outright you need to find another way for advisers to get remunerated.

Easy, by being paid for the advice not the commission on the product.

Try selling that one to the public. fat chance New Zealanders expect advice to be FREE and able to make them big financial gains.
You only get what you pay for, no free lunches.

So you are suggesting that financial advisers won't be able to convince the general public that their advice is actually worth paying for?

Shouldn't be that hard to come up with a bunch of testimonials, or better yet, actual data of returns you would have had by paying the adviser vs some common indexes.

Well,they managed to ban commissions in the UK some years ago. The insurance industry here is rife with poor quality advice from poorly trained 'advisers'. Here's a revolutionary thought;how about paying them a salary and giving them and indeed,all staff,a bonus,based partly on overall company performance and partly on customer satisfaction surveys.

If you banned commisions outright I don't think people would pay for the advice. Its likely then that a lot of advisers would leave the industry. This might be a good thing to get rid of the poor quality advice, then you end up with the different problem of not enough provision for advice in the market, and lower life insurance penetraion than we have today.

Ignorant comments. Most people will never save enough in an investment for it to be a replacement for a $750,000 term life policy to cover a mortgage and provide for the family is the unexpected happens. PS Whole of Life policies were redundant in NZ 15 years ago. Term life cover and invest in Kiwisaver or pay off the mortgage for most Kiwis is the way to go.

Cool. Want some advice? Never mind buying insurance I'll just give you advice :-) So who is going to pay me?
And while we're at it do we ban commission sales on cars, houses, printers...boats.