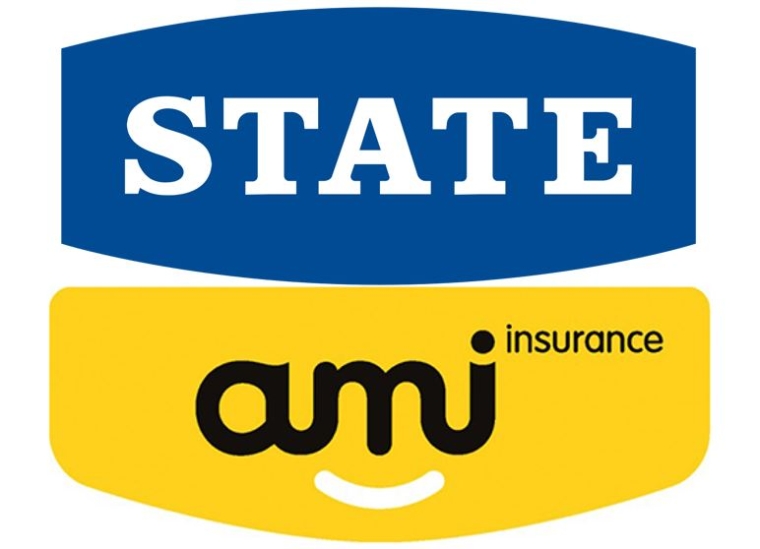 State and AMI home insurance policyholders who live in earthquake or flood-prone parts of the country can expect their annual premiums to increase by an average of $91.

Meanwhile policyholders in parts of the country deemed less risky can expect their premiums to decrease by an average of $54.

IAG - the company behind the State and AMI brands - has announced these changes having adopted a more risk-based pricing approach.

It says those in Whakatāne, Hawke’s Bay, Wairarapa, Wellington, Marlborough, the West Coast, Kaikōura, Waimakariri and Dunedin should be prepared to pay more for home insurance, while those in the upper North Island, Taranaki, Selwyn District, North and Central Otago and Southland, will pay less.

“We know New Zealand has many natural hazards, including earthquakes and floods, with different risks in different regions," he says.

"In the past, the price people pay for home insurance hasn’t fully reflected these differences in risk. This is now changing.

“Over the past few years, we’ve seen how New Zealand’s environmental risks have evolved, and we’re taking these risks more into account. While we can’t ignore these changes, we can continue to be there for our customers when misfortune strikes. This means our prices must change.

“Generally, a home in a location which is a high-risk area for earthquakes or floods will cost more to insure than a like-for-like home in a lower risk location.”

IAG has been flagging a move to more risk-based pricing for some time.

Its chief risk officer, Karl Armstrong, in December 2016 told interest.co.nz a time would soon come when those in lower risk parts of the country would essentially stop subsidising those in higher risk places.

IAG says State and AMI policyholders will be contacted from July 23 with details of premium changes, “which include changes relating to differences in risk along with changes reflecting IAG's normal approach to reflecting changes in inflation and costs”.

The changes also don't apply to IAG customers who have policies with other brands, including NZI.

“We know that, for some of our customers, this will be a challenge and we’re committed to working with them through this," Hughes says.

“We will continue to provide solutions and work to make insurance as affordable as possible for them.”

Here is the interview interest.co.nz did with Armstrong in December 2016. Risk-based pricing is discussed from around 13.35min.

Some of this comes down to the weak ComCom allowing the insurance industry to opolise. A lot of this comes down to our construction industry. We build expensive houses because we have no alternatives. Over engineered "acceptable solutions", exorbitant council fees, ripoff "certified" materials from the carters cartel, covenants requiring minimum $this and $that.

With all these construction expenses one is forced to have a mortgage, and thereby forced to have insurance. Then all these mortgaged up people are terrified of other people building a cheaper house than them.

In my opinion we could be building a little smaller, with materials that are a little bit better value for money and without a lot of the red tape in place.

How about any building under 80 square metres does not need building consent (consent is optional). The risk of a building this size being dangerous is pretty low, and the consent process obviously makes up a bigger percentage of the costs for smaller buildings (e.g. for a carport the cost of consent is more than the cost of the carport). The buildings should still be built to building code standards - for a house: insulation, double glazing, etc.
I bet we would instantly see a lot of affordable houses built!!

The standards for building performance really need to be outcome based. The clowns at MBIE don't understand basic physics like thermal bridging. Build it how you like but there should be some tests when all the insulation is installed using scientific instruments measuring the air tightness and the conditions inside/outside the house.

Every home could be sold with an energy rating (e.g. yearly kw/h to maintain 21 deg C) similar to buying a fridge freezer. If the market wants to buy cold damp houses then let them do that but at least the buyer or renter is fully informed.

There should be personal liability for any "professional" who creates a house with major defects home even if the signs show up 15 years later.

It all comes down to the kiwi culture of "she'll be right, we'll sell it in a few years anyway", "houses are an investment", "not in my back yard - muh property values!" - instead of treating housing as shelter that people actually live and breathe in.

With all the money the're saving by sending their call centre to India, the price of insurance should drop! I phoned the other night to ask for a copy of my invoice, said it would take 3-5 days for someone to email that to me, even though they were looking at the document!

Yeah RDee all the technology, all the electronic wizardry to save time and effort. In the old days you would have phoned up the local office & someone would have taken a photocopy and posted it out that night. Alternatively you may have strolled down to the office in your lunch hour and got the same thing. The financial service industry, banks, insurance used to be big on customer service for supposedly competitive edge, if you want to sound old fashioned. Now it is just words, just worthless noise.

Reality is no-one is prepared to pay for it. 'I've shopped around and can get my insurance etc 20% cheaper than you from a call centre based insurer, match it or I'll move'. Lowest pricing wins the order therefore lower your customer interface costs. Simple really. Your nostalgic world has gone forever.

MM at my age much is gone forever but when all the advertising says a service is guaranteed to be delivered then you are entitled to expect it, not just out of nostalgia I might add. I was simply being sympathetic in response to the previous comment about poor service. Sure you can do your insurance bartering through a broker effectively enough as we do but the point I was making is that one on one, just a simple enquiry can be painstakingly frustrating yet there have been huge advancements in speed of communication, and storing and accessing records and information. The trouble is if the solution, or even the question, doesn’t appear on the computer screen of the representative on the other end of the phone you are more or less stuffed. So yes, nostalgically, and ruefully too, I am saying the level of service, despite all the technology is too often a poor comparison to when it was more manual and you could go face to face.

But going back to basics on the principle of insurance means they should be banking the premiums taken for those events. Thus for actual 1:100 year events, between the events they would have 100 years to build up the capital reserves to pay for the payouts. Naturally this money is invested to provide returns so some inflation compensation is provided, plus premiums grow with inflation. If this were done, premiums should be quite low and highly predictable.

The higher risk areas should also pay for those higher risks, but then the question becomes what is considered to be the risk. If a Tsunami occurs 1:1000, should it be covered? when did the last one occur? And so on.

You may need to read up on how (re)insurance works.

Yes I know they have corrupted the principle behind insurance. But that is in the name of profiteering. it doesn't change what the principle is.

I deal with risk management every day in my job, and the farce that insurance has become rankles me big time.

Insurance events are not "Predictable" as far as the weather or earthquakes are concerned. In case nobody has noticed the worldwide weather is getting more and more unpredictable by the year. We are starting to see some pretty extreme events. Certain properties will become uninsurable or simply have their premiums priced off the planet.

Towers move to risk base pricing will probably have triggered IAGs change. Otherwise they faced being 'selected against' through an influx of ex-Tower higher risk customers. Each of these cases requires individual (and expensive) bespoke underwriting review. Suncorp will be forced to follow for its 'direct' non broker business.

Indeed, from what I have been reading overseas "not insurable" is a distinct possibility. Now that will be a wailing to behold. The Q then is who will be expected to bear the loss? the owner stuck with an un-sell-able property? or will said owner sue the council for not putting a warning on the property? ie moral hazard, or socialise the losses.

Silly thing is - to my mind there is not a property anywhere in NZ that is not subject to one or more natural hazards. And no council is ever going to 'flag' every property within its jurisdiction as at risk.

I was involved in a district plan change in Kapiti recently. A study by Isthmus found the (very near) entire district was within the definition of the "coastal environment" as per the NZCPS. Based on the criteria set down in the legislation as well as in the governing regional policy statement - the study authors methodology was completely correct/robust. But that didn't suit the 'big end' of their town (i.e., the commercial/property owners) as they didn't want to have to assess all of their development proposals against the NZCPS.

So, they ended up with one of the biggest regulatory slight-of-hands I've ever seen - a laughable 'hybrid' giving rise to a new regulatory concept called a 'coastal dominance line' ... as a means to avoid having to actually define where their coastal environment is (i.e., what land is influenced by coastal processes).

Oh dear, Kate, why does none of that surprise me? It has become worrying to the point of absurdity. Every one everywhere ever increasingly, just want the authority but not the responsibility. What is this country of ours growing into.

I am shocked to see our Kate make such a mistake, let alone a two-fer in one compound term.

lol - fingers going faster than mind - shows just how annoyed I was about the farce.

Even though Tower hiked their prices and I live in Christchurch , they have a better policy than IAG group, and 800 bucks less on 1.6 mil house , contents is far better as well