Personal finance editor calls it off with her KiwiSaver provider, finds out its not so hard after all.

Personal finance editor calls it off with her KiwiSaver provider, finds out its not so hard after all. 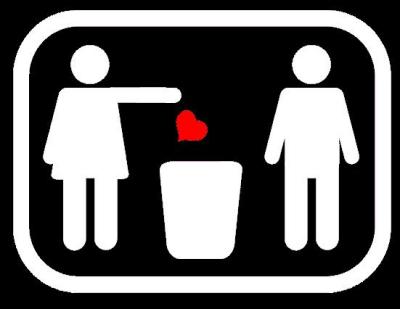 I broke up with my KiwiSaver provider this week. There were no tears shed.

Poor performance was a factor, but the trigger point was poor communication.

It was early days and perhaps I didn't let enough time pass for the bond between us to mature, or my fund's value for that matter, but when my provider failed to do me the simple courtesy of returning an email outlining some concerns I raised about the scarcity of information on account details posted to their website, I spat the dummy.

There was no love lost. My provider didn't fight to win me back, in fact despite expectations to the contrary, it didn't even ask why I was leaving. Maybe the letter's in the mail?

Now, I don't doubt my provider has KiwiSavers with far larger assets than mine, which might warrant more concern, but my budding little retirement booty was not that insignificant. Maybe it's just ego that I thought they'd care, even if a little.

Apparently I'm not alone in expecting better things and also acting on that sentiment.

Since KiwiSaver was first introduced in 2007 through to June 30 2010, more than 220,000 people have transfered from one scheme to another and the number of people switching continues to grow each year.

The IRD keep tabs on two types of transfers: "Standard" and "Funds Holding Period." The former refers to those transferring from one provider to another after a sustained period of time, while the latter refers to KiwiSavers who, within the three-month period after KiwiSavers are first enrolled, made a choice of fund rather than going straight into default funds.

To start, transfer activity was most prominent among those choosing providers in the first three-months. Over time, transfers of that nature have tapered which is not surprising as those who enrolled first were the enthusiastic ones who then made an active fund choice.

In contrast, the standard transfers have taken off as the table below shows.  While that might be interpreted as a sign of greater investor engagement, set against against the meteoric growth of KiwiSaver (which has ballooned to more 1.6 million), it's less impressive.

The general view among industry players, is that the majority of KiwiSavers are, on the whole, an apathetic bunch. From July last year to end of December, an estimated (that is unofficial) 57,860 standard transfers were recorded, compared to 4,840 in the initial three month holding period.

As KiwiSaver pots grow in value and investors become better informed about the scheme they're in, their fund, its performance and the fund manager, it's reasonable to expect that investors will start becoming more discriminating.

While the industry claims to support this outcome; that is the development of a more discerning, educated and enlightened investors, they're happy about it so long you're unhappy with someone else.

They vary so before you pull the plug check first to see how much it'll cost. In my case, it was NZ$35, comparable to the annual fee paid on membership.

I could be proven wrong in time but relative to the enhanced fund performance I expect to see with my new provider, it's a trifling amount. I fully expect the move will be a sound one.

Chasing higher returns with another provider, while a perfectly rationale reason for transferring, is not something I would recommend.

Read the fine-print in any investment statement or performance benchmark report and you'll be warned over and over again that past performance is no guarantee of future returns. In fact research has shown good reason for caution on this front with this year's best performers falling to the bottom on the heap the following year.

As I mentioned earlier, my personal reasons to changing providers had more to do with poor communication than performance, although better results might have persuaded me to stay I admit.

But as the official change-over is more or less a done deal now there's no looking back.

Some considerations for changing providers:

2) Poor reporting and disclosure - you can't make head or tails of annual statements or real after-fee, after tax returns.

How to change providers:

1) Research the market thoroughly and choose a provider whom you can trust who offers a fund that suits your investment needs and goals, including what their communication and reporting is like.

2) Find out what the break fee is on your provider and talk to one of their advisers to see whether your concerns can't be met somehow before making the move.

3) When you're confident you've found a new provider that suits your investment criteria, make contact with them. They will look after the paperwork once you've signed off on it.

4) Follow up. Your new provider should confirm the transfer having been completed, outline the status of your account and keep in regular contact with you. They're not required to but good governance suggests otherwise.

5) If your provider doesn't initiate communication (in the form of a newsletter or emails) make sure you check in with them (on a three month to six month basis) to see how your account is tracking along.

I just switched too. It was easy (filled in the form online, printed it, mailed it free post). Middle of the pack returns aren't so bad but what the heck, I can afford a little risk with my kiwisaver fund since it isn't my main retirement fund and my main fund is in a not-so-risky growth fund. I am well aware that past returns are no guarantee of future returns but what else can you go on? So it's a bit of a gamble but one I can afford.

I went with one that has a comparitively young staff and they seem (if you can believe what you read) to research very thoroughly what they're investing in and make timely changes to their portfolio (it's an agressive fund). I also like their criteria for what they choose. I read up on some of the companies they invested in and I checked out the returns from each company they invested in. Some were up, some were down but on the whole a good return. You could argue staid is good in stocks where it's mostly hold and wait but like I said, I can gamble a bit with the small fund I have in kiwisaver!

My old providers web site was adequate, well organised (if not very exciting) and in a recent email to them they responded promptly so no worries there. My new provider was also very good at following up with a phone call regarding my application so I think they're probably good communicators.

So I'm hoping my new guys continue to do as well as they have in the past.  I guess I'll find out in a few years!