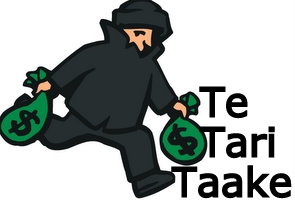 National is being accused of taxation by "stealth" through proposed changes to KiwiSaver that will strip away incentives, incur added costs for small businesses and potentially do little to improve national savings.

Tax Agents' Institute member Terry Baucher says the net benefit to individual KiwiSavers -- as a result of reduced Government contributions and the imposition of tax on employer contributions -- is negligible, whereas National's amendments represents a "big pay day for the taxman.''

As part of an austerity programme meant to save NZ$2.6 billion over four years though KiwiSaver changes and Working For Families,  Government announced in the May budget plans to halve the member tax credit on the national savings programme from a maximum of $1043 a year to $521 starting in July. See Bernard Hickey's article on why the KiwiSaver cuts were the wrong type of cuts.

Further to that, it has introduced a tax on employer contributions, which had been tax free.

The Tax Agents' Institute says the combined effect will be harsher than has been portrayed by Government.

Taking into account the 50% reduced member tax credit and tax on employer contributions, someone on a salary of NZ$50,000 (receiving a 3% employer contribution) will end up with NZ$258 from Government, almost half what they think they're getting from the maximum matching credits of NZ$521.

"So not only must an employer pay more for each employee, the employee actually gets less. It's smoke and mirrors in our opinion -- a `tax by stealth,'" said Baucher.

Wage earners making less will fare relatively better while higher income earners (those making NZ$84,000 a year or more) will be hit hardest as they'll be taxed on earnings at 33 cents on the dollar.

In rationalising the introduction of tax on employer contributions, National said 50% of the benefit of not having a tax was going to the top 15% of high income earners.

Starting next April, employers will be have to start applying the Employer Superannuation Contribution Tax (ESCT) -- which varies according to income.

Apart from the tax pinch on investors, Baucher said the changes were also bad for ailing small businesses in New Zealand because of the necessary administrative adjustments, which he described as "costly, complex and expensive.''

In defense of its amendments to KiwiSaver, Government has argued that national savings rates will improve because of a requirement in 2013 for employees and employers to start paying 3% contributions, up from 2%.

While the extra contributions will over time compensate for the claw-back in tax credits by Government, Baucher suggests the restructuring will ultimately create greater employment tension, with employers offloading the expense on to employees during salary negotiations and review.

Wage bargaining would become increasingly intensified, as a result.

"If you're in one of those deals where the cost is loaded on to you, you might have to think very hard about it (KiwiSaver) as you'll suffer a double whammy."

Together with the added complexities for small business forced to comply with the changes,  Baucher said the effect of the changes was questionable.

"Government says we want to encourage savings and reduce red tape but I can't in good conscience accept that this measure achieves either of those goals,'' he said.

"If you don't know how ESTC rates work you could be overpaying or under-paying."

"The big concern is we get too carried away with smashing our teeth about goodies taken away but at the end of it, you've just ended up with it being less attractive than it was before.  That doesn't mean other vehicles are necessarily more attractive in terms of the outcome, if someone is wanting to save for retirement KiwiSaver is still a good bet for most.''
'Tax tail wags investment dog'
From a tax perspective, Baucher said the way KiwiSaver had been restructured would lose its appeal because of the investors'  tendency to weigh up an investment prospect on the basis of tax advantage. He said New Zealand investors focus on residential property was evidence of that.
"They have got the tax tail in front of the investment dog with the consequences of us having become over-leveraged in (residential property. ) It's extraordinary how tax effects peoples' behaviour.''
Baucher suggested a more effective way of encouraging savings would be to put all superannuation and KiwiSaver schemes on a level playing field with a flat rate of employer superannuation tax contribution and for Government to articulate rules on how  KiwiSaver will fit into employment negotiations.
"That would be the way forward. It's transparent then.''
For further details on KiwiSaver and wage bargaining, see our KiwiSaver Q&A section here.
Tax Agents Institute of New Zealand Workplace Savings Savings Tax Retirement money Budget 2011 Personal Finance David Ireland Terry Baucher

Great artice.    I think KiwiSavers that change jobs should be alert to this kind of thing.

If good faith bargaining (i.e. - "here's yer contract") reveals that the employer is effectively getting *you* to pay their KS contribution, it tells you something about the lengths the employer will go to in order to save a buck.     Particularly if that stuff is buried in small print and not openly disclosed.  The employer is taking a risk by doing this because there has been no legal action anywhere yet to test the fairness of it.

This exact thing happened at my employer.  Basically if I didn't accept the inclusion of employer contributions within my salary then I wouldn't have got the job.  It was in small print too so very insidious.  The employer is trying to get all existing staff onto this system too.  This approach undermines the entire Kiwiwsaver system and is far more damaging than any of the changes made by the government in thsi year's budget.  So when the minimum employee contribution moves to 3%, it will in effect be a minimum contribution of 6% on your take home pay.  Suffice to say that I will be quitting Kiwisaver to pay extra on my mortgage fairly soon, given that I would have to pay 6% of my income and the only extras would be investment resturns and the $520 government tax credit.  Compare that to the old system where it was basically $3 contributed (employee, employer, government) for every $1 you put in on an average income, and it will be no wonder why those clued up members will all pull out.

Kiwisaver, retirement fund, whatever name you use, it was created by governments and their mates and doomed to fail. Do you really trust governments with such things? Governments have to pump money in to get them going and they are only a good inverstment as long as the government keeps pumping in the taxpayers hard earned dollars, and provided in thirty years from now your money still exists.
Back in May 2010 i read the Mogambo Guru article (see below) and it got me thinking. Worldwide we now have millions and millions, perhaps a billion people, and growing, paying a percent of their income, every week of every year, year in and year out into some kind of super fund. Even when the global economy collapses the money continues to roll in. Talk about a bubble. If every so often a billion dollars is creamed off here and there, who cares?, this, we are told is just a hiccup, we are in it for the long haul. Hahaha.

I think you get the picture so here is the article:

By The Mogambo Guru

The long bear market from 1966-1982, was stopped in its bear tracks by the passage of new legislation by Congress in 1982, which authorized IRAs and various other tax-advantaged retirement plans, so that soon, and ever since, everybody in the whole place started having part of their incomes taken out, tax free, and invested in the stock market, which resulted in money literally pouring into the stock market, week after week, month after month, year after year, more and more and more in a gigantic stock market bubble, continuing to inflate in a huge bull market that lasted to the year 2000.

Of course, the Reagan tax cuts and monstrous new deficit-spending helped get the boom started, too, and then, of course, the loathsome Alan Greenspan was made chairman of the Federal Reserve in 1987 to make sure that money was being continuously created to feed this insanity.

The point is not what a bunch of idiots we were, and still are, or how the Federal Reserve is a loathsome monster that is more corrupt than the Congress that created it in 1913, and then aided and abetted by corrupt Congresses ever since.

And that is when gold and silver will soar, which will one day, years and years from now, be your chance to sell astronomically high then after buying ridiculously low now, which is, as they say, how successful investing is done.

And with simplicity like that, how can you not say, with a big ol’ smile, “Whee! This investing stuff is easy!”?

Mike B, although irrelevant to the article itself (and the compact-but-bijou discussion thread that follwed), your contribution shows an interesting perspective on things.

And then...we get to the point.  Buy gold!  Buy silver!  Nothing wrong with that message, but why must it always sound like it comes from under the brim of a tin foil hat?