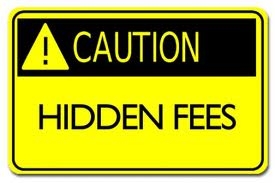 To address the "inherent misalignment" of goals between investors in KiwiSaver and their fund managers, regulators are exploring new options for default funds including the imposition of a possible flat fee.

The suggestion, contained in a discussion document for KiwiSaver released by the Ministry of Business, Innovation and Employment, is one of several considerations put forward by the Government as part of its planned review of default funds for KiwiSaver.

Default providers Tower, Mercer, ASB, AXA, AMP, and ANZ, appointed by Government in 2007, have between them more than 75% of the market share for KiwiSaver. There are 31 providers running more than 200 funds in total.

A flat fee, as opposed to a percentage-based fee on funds under management, would theoretically see management costs constrained as account balances grew.

The 43-page report also proposes a "tiered fee" system (whereby the fee percentage reduces as funds under management increase) and the possible separation of administration fees from investment management fees.

Fees on KiwiSaver remains one of the most controversial aspects of the national savings scheme because of the lack of transparency around how they are calculated, reported and communicated to investors. In addition to an annual membership fee charged by providers, KiwiSavers are charged a whole host of fees including administrative, legal, trustee and investment management ones.

The report suggests that by centralising administrative functions for default funds (through a tendering process), it may able to reduce costs for members by achieving more effective economies of scale than can be achieved by individual providers. This is a model that has been successfully trialled in Sweden with a similar default fund scheme run there.

Although new regulation set to take effect next year will force providers to use a uniform system for reporting fees, the area has been flagged as one of concern for default members, who make up more than 22% of the 2 million New Zealanders enrolled in the scheme. While default schemes have relatively low fees compared with other fund options, the long-term impact of fees, given the long-term historical performance of conservative funds, can nonetheless be costly.

"In general, in managed funds there is an inherent misalignment between investor interests (which are to maximise risk-adjusted investment returns over the long-term) and fund manger interests (which are to increase funds under management, usually best achieved through a focus on short-term gains rather than the long-term investment profile that their members may have,'' the report's authors state.

Because of the unique KiwiSaver features (namely auto-enrolment and Crown contributions) the Government is seeking to address both "obligation and opportunity to seek better alignment of these interests for better investor outcomes overall.''

International evidence suggests that the segment of the population that ends up in default funds tend not to move out of them despite them being designed as a "parking spot" for new entrants into the retirement saving investment sphere.

Age appropriate asset allocation has also been flagged as a matter of concern by Government. The median age for default members is between 36 and 40. With 25 years or more to go to retirement, the concern is that this demographic could miss out on potentially much higher returns achieved through a higher allocation to equities, which have traditionally out-performed other asset classes over long periods of time.

ANZ Wealth, in calling for a conversion of default funds into 'life stages funds' (which automatically adjust for risk with age) estimates that younger New Zealanders, over a life time of investing, could miss out on an average of NZ$72,000 in additional investment returns.

Owing to the complexity of these funds, and the higher associated fees, the Government said it would require more research and evaluation before considering such a move.

"If not offset by better earnings, higher fees would have a negative impact on members' balances,'' the report notes.

Earlier suggestions, to create a single default provider as a way to save on fee, also appear to have fallen out of favour.

"This is not the Government's preferred option because there is a risk of incumbency as well as concentration of risk in one provider,'' the report states.

Current default providers are required to report to the Financial Markets Authority and the Default Provider Review Panel on a quarterly basis. Additionally, the fees they charge are specified in a "deed of appointment." Any increases must by approved by the Government first. They're also bound by an "investment strategy specified" under the terms of appointment.

Using its current criteria, at least 10 to 12 providers would qualify for default status. Current contracts with default providers expire on June 30, 2014.

Submissions on the discussion document will be accepted up until Christmas Eve.

It is a big rip-off, the way it is designed to give free money to fund managers and heaps of  money to play around with.....and they are laughing all the way to their banks..

Only a very few who are lucky to get their funds back quickly will benefit..Long term, it is all doubtful....but meanwhile fees, fees and fees will erode the funds, for sure.

Wouldn't it be enough to simply define what "fees" means then make it complusory to report?

That's fine, and that is in fact what is in place, for KiwiSaver members who take an interest in their account and make informed decisions about where to put their savings.  This discussion document is about how to treat the savings of those who do not take such an interest and cannot make such decisions.

I agree fees in the default schemes should be alligned, I also agree that fund managers should make their fees more transparent so that investors know exactly what they are paying and don't need a maths degree to work it out.

Apart from that though im not sure what all the fuss is about over Kiwisaver default fees, they seem quite low to me (well below 1%). Kiwisaver default fund performance has been quite strong over the past few years, certainly beats putting money on deposit.

I'm happy to pay fees to proven managers who know what they are doing and we have some good ones in NZ.

Research has shown index funds beat 98% of managed funds, while has a much lower fees structure.

It should be relatively simple to set up a governmental entity that takes all KiwiSaver contribution and invest all in may be 5 representative index funds.  Vanguards has trillion under management I guess it can easily accomodate a few hundred billion dollars worth of KiwiSaver fund.  Being a big customer I guess the Government can negotiate a much lower fee structure.

Why Government is running the "Cullen Fund" and at the same time not taking control of KiwiSaver and use the indexing route for cost/performance optimisation.