Results in latest interest.co.nz reader poll show strong support for PM changing his mind and raising the retirement age to 67

Results in latest interest.co.nz reader poll show strong support for PM changing his mind and raising the retirement age to 67 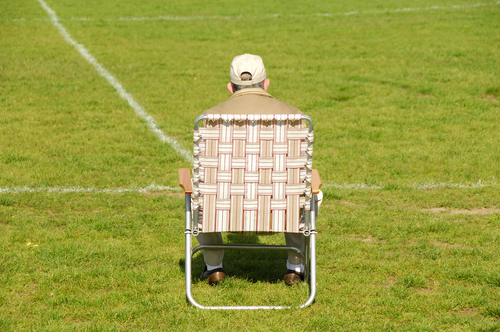 There's strong support for Prime Minister John Key to do a u-turn on the retirement age and put it up to 67, according to results from the latest interest.co.nz readers' poll.

Back in 2010 the Retirement Commission suggested increasing the retirement age from the current 65 to 67.

However, Key has previously said he would resign as Prime Minister before raising the retirement age.

Earlier this month Treasury released its third Long Term Fiscal Outlook, which repeated a general warning to future governments that net debt would blow out to an unsustainable 198% of GDP by 2060 because of the increased costs of pensions and healthcare from an ageing population unless government change their spending or revenue tracks.

But the Government has defended its rejection of calls to change the retirement age or superannuation entitlements, saying that its spending restraint and aim to reduce net debt below 20% of GDP by 2020 meant the Government was well placed to deal with future shocks.

In the interest.co.nz poll we asked: "Should John Key do a U-turn on his promise not to increase the retirement age from 65?"

The five possible responses were:

The poll received over a thousand responses, 1123 to be exact.

Among the responses, there were 526 votes (47%) in favour of the first option, increasing the age progressively to 67.

Then the remaining three options each garnered 11% support.

So, if any conclusion can be drawn from the result, it is that there is strong, but by no means universal, support for raising the retirement age. In fact the views on the subject are diverse.

For example, a combined 58% of respondents thought the retirement age should be raised, but 42% thought it should be kept the same - or even lowered back to 60, as it was in the days when Rob Muldoon was running the country with an iron fist - while also claiming a pension into the bargain!

If the voters are not in agreement then there is little wonder then that our politicians can't or won't reach a consensus on what should be done about the retirement age and superannuation.

Not unlike most NZ PMs before him, Key has a bigger head that will fit through the doorway to rational thought processes. In his case the ego is also way above the ability as well.

Hard to do a poll with such simplistic questions.   We need a strategy around pensions in New Zealand, with a long term plan that goes out about 30 -40 years, at the very least.  What do we get.  Question 65 or 67.   Asked against a background of regular oldie bashing on this site and elsewhere.
I think I voted in this one.  For retaining 65.  But what I wanted to vote was to progressively phase National Super out altogether, as a univerisal Kiwisaver phases in.  A prefunded private superannuation.
Didn't get that option to vote for.

Well I would propose a different scario. Those who do physical jobs should be able to retire earlier as their bodies will become worn out earlier. Those who have desk jobs could work a lot longer and could retire later ;-)

There is far too much senior bashing on this site. The country is handed down with all the infrastructure and everything that previous generations have been taxed on. If we valued what each generation put into the country then the bad attitude would not exist.

A Government has to fund the superannuitants as that is what was promised and was part of the tax-take during those people's working lives. Phasing it out could be an option but then as far as I'm concerned if this option were to ever be implemented then you should stop taxing all children from birth right now.  You either have to have compulsory taxation for all or stop taxing and providing all the social services and give people the opportunity to look after themselves financially.

Some people like myself have never used any Government services and yet have contributed heavily through the taxation system. I certainly want a return back to me for the use of my money and time in completing all the compliance and other regulatory BS I have to complete.

No, it's not the case that the taxes paid during people's working lives part-fund their own NZS.  NZS is currently completely funded by taxes taken from contemporary workers.  Your taxes funded your parents' and your grandparents' NZS; your NZS will be funded by your children and your grandchildren.  The Cullen fund is not expected to start contributing for several years and is not expected to cover more than about 8% of the cost at best.

If you want to shift towards a system of everybody paying their own pensions instead of being taxed to pay for older generations' pensions, you need to work out how to manage the transition.  Either people who are already, or nearly, pensioners stop getting paid - or a generation of taxpayers has both to save up for their own pensions and at the same time continue to pay for for older generations' pensions.   It would take several decades to complete the transition, and some people would never see any benefit - in that they would no longer be taxpayers by the time it's possible to significantly reduce the cost of public pension provision.

MDM - I am aware of how the current NZS is funded. As I state taxes have been in the past taken for what was meant to be a public pension. It has been an on and off affair depending on who was in office and the state of the economy at the time.

Personally I can't see how you can stop the system we have. Too many people will be hurt at both ends of the spectrum. You either contribute through the tax system or apply user pays to all the infrastructure that is used by younger generations and use that money to fund NZS. Just a couple of options I can think of at this time.

We are actually moving more to a debt driven provision. However I think if you look at debt previous generations had state debt for things, we will do the same and pass on to the next, its a rolling effect.
regards

Yes.  A phase out and a matching phase in of plan B.  Yes.  45 years is a reasonable transition.  To make a change you have to make a change.  And we have to plan for all sorts of bit and pieces that are neccessary.

how do you catch ppl who move froma  deskjob at say 60? to manual work for 6 months and then retire? and then go back to a deskjob?
regards

The solution is simple , move to the Australian model and phase out the nanny state over the next 45 years.
The Aussie model  has numerous other benefits too :

As far as I am aware there is still a basic OZ state pension?  no?
regards

Yes, but it differs from NZS in that it's means-tested and not enough to keep recipients out of poverty if they have no other wealth or income.

MdM - Aussie pension is means tested as to assets, income, any prior asset disposal and trust income and assets on a look through basis.
It is in other words very strict vs our crazy schemes where you can "include" a partner and have a very young partner of any age on full super. Totally unaffordable !

"The next most popular option was leaving the age at 60, with 219 votes (20%)."
That's funny, I thought the retirement age is currently 65.....not 60. Have I missed something here? Or is yet another example of the sloppy journalism I see everyday...

Corrected now. Many thanks.

People who have done hard labour jobs all their life should indeed be able to retire earlier, in most cases their life expectancy will also be lower so let them enjoy a few years of relaxation. But all in all for me the age can be set at whatever 67 or even higher but leave it up to the individual beyond that age to retire. If they want to keep working full time don't pay them their NZS as well as keeping a younger person out of a job. That way we pay a benefit of one sort or the other to only one person not two. If you work part time from that point on let NZS top up the income but don't pay in full. If there is still a partner on full pay adjust NZS accordingly.
Means testing is a must do. If someone earns 100K from investments a year, good on them but they don't need NZS, they can live a great life without that.
With current life expectancies why be unproductive from the age of 65, 67 or 70, what a waste. While I don't believe that the average age will ever get as high as some say, 100?, it is a long time of being old. Much better to stay active and be part of a vibrant community then to buy into a retirement village and be cooped up with a bunch of others of similar age for 25 years or more with no prospect other then death.
For me personally, if I can get by without NZS at that age I will have obtained freedom from any political shackles and posturing and my payout can go to help someone else. That way we can both be happy.
Being old is a mindset, the more we can do to encourage people to feel young and part of the community the better it will be for all.

If you are of retirement age and still working then you shouldn't get super.
These are the people who have been having their cake and mine as well.
They are preventing our children and grandchildren from working.
They are the ones with all their assets in trusts so that when they do move into a rest home the taxpayer will foot the bill.
It's time these greedy oldies paid there way.