Kris Faafoi wants to see more default KiwiSaver providers reduce fees, after just two of the nine providers cut theirs after a government review, but industry players are not so keen

Kris Faafoi wants to see more default KiwiSaver providers reduce fees, after just two of the nine providers cut theirs after a government review, but industry players are not so keen 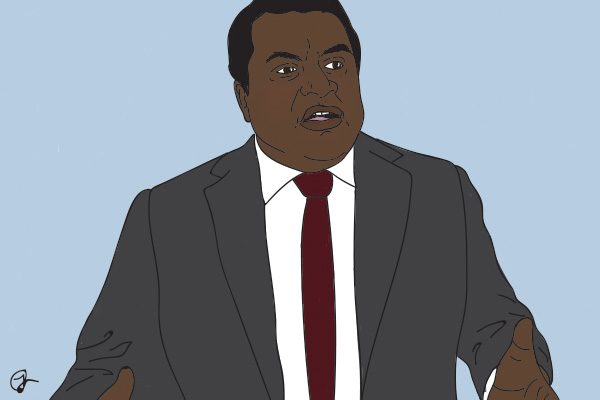 An ANZ spokesman says the bank’s decision to reduce its annual KiwiSaver fees by 0.02% to 0.57% of a saver's overall balance (including a $2 per months membership fee) was a result of a “regular review of fees” in November last year – not because of the Government review.

Kiwi Wealth, which dropped its fees from 0.55% of an overall balance to 0.48%, said it welcomed the Government’s review of default fund fees and felt a decrease was warranted.

Faafoi says cuts from both providers will lead to an estimated $1 million in fee savings for KiwiSaver members over the remaining four years of the current default provider term of appointment.

Yet he would like to see the KiwiSaver market become more competitive.

He wants to see providers continue to review their fee structures and for more fees to be dropped – “we would obviously like to see more movement heading south.”

But this doesn’t appear to be on the radars of the seven other default providers (ASB, Westpac, BNZ, Fisher Funds, AMP, Mercer and Booster).

Mercer chief executive Martin Lewington says any further reduction in default fees could end up having an adverse effect on customer returns.

“It may be that you think ‘okay, the only way we can meet the Minister’s expectations is to reduce some of the diversification in the portfolio.’

“That may not necessarily be the best outcome for the customers. We don’t believe it is.”

Lewington says Mercer charges higher fees than, for example, a passive fund because its investment portfolio is a lot wider.

Mercer’s annual fund fees for its default KiwiSaver 0.58%, plus a $30 a year admin fee.

“We have a high weighting to alternatives, things that aren’t shares or bonds, such as property, infrastructure, private equity and some hedge fund strategies.”

These sorts of assets are generally more expensive, but he says it adds more value and helps reduce volatility, hence the higher fees.

If fees were further reduced to meet Faafoi’s expectations, “there are leavers that you would need to pull,” Lewington says.

This could include reducing some of the fund’s exposure to those alternative assets.

Essentially, he says customers pay more in terms of fees but receive better returns as a result.

He says if Mercer’s fees became out of sync with the market, then they would have to be adjusted.

Despite this, the FMA’s KiwiSaver report for the year to March 31 last year shows default KiwiSaver providers didn’t lower their fees at all from 2016 to 2017.

“As membership grows we expect the costs per member to fall, unless overall costs rise in the market faster than we see (or hear about), or providers direct more money to provide better service. This includes increased member engagement efforts. We are not aware that this is happening currently,” the report says.

“The bigger the provider, the harder we’re pushing them on why they’re not at the point to bring down fees. But we stop short of telling them where they should be… We don’t really have a remit that will allow us to specifically set fees…

“For us, it’s about putting pressure on providers to explain why their fees are where they are, and exactly how those fees are made up.”

The process for the next appointment of default KiwiSaver providers will start in 2019 and Faafoi says fees will be a significant factor in the tendering and appointment process.

Asked why it did not reduce its fees in response to the Government’s review, Westpac says its scheme is already “excellent value and competitively positioned in the market.”

BNZ says its fees are a combination of monthly member fees and management fees, while Fisher Funds says its default fund offers “great value for money when viewed in the context of overall services and investment expertise provided.

ASB says it already offers some of the lowest fees in the market, and AMP says it already has a strong position, compared to other default KiwiSaver providers, stressing its offers a “broad range of member services.”

Booster says its fees are still “very competitive” above the $10,000 threshold.

He says it like he is powerless. Last I checked he is in the ruling Government, not the opposition.

I am pretty sure the power is in his hands.

But but free market forces etc

It's one question for debate and some deep thinking about whether they should regulate a ceiling on fees in what's essentially a captive market.

But I'd like to see them at least start an educational campaign on Kiwisaver funds, fees etc. It's not a great situation as it currently is with a massive essentially captive market that's ripe for exploitation by fund managers, especially when high fees make such a massive difference to retirement outcomes of NZers. Funds sitting between 1 and 2% seem incredibly high compared to international norms. No wonder the offices of some of these fund managers are so palatial.

All these sorts of government mandated commercial things are a disaster. Sure you can dig ever deeper holes with ever deeper legislation - fixed fees no problems.

In Aussie, where they have even more helpful regulations than here, my car insurance was just under three times what it is in NZ. Because it's compulsory and heavily regulated.

In Aussie my life insurance & income protection policy was twice the money and contained a third of the benefits. I argued with the lady from Zurich and she literally laughed down the phone at me. "It doesn't matter" she said, "its the law."

If any government could create wealth it would cut out these middle men and simply print the money. Zimbabwe would be the richest place on earth.

Governments bleating about the deficiencies in their own regulations - always a good laugh for a Friday.

That kids show What Now was always a laugh on a Saturday morning with Faafoi and the crew.

Ha! I pay around 4 bps with my Vanguard index funds. No way I'd (or any sane person) would sign up for KiwiSaver and its fees that are about 100 times that. Especially when you factor in the flat monthly fee. What a joke.

You might be forgetting the $1k that the government throws in each year, and my employer puts in 3% of my salary that I wouldn't otherwise get.
Personally its worth it for me despite the relatively high fees.

So in effect, the government is subsidising the high KiwiSaver fees and therefore padding the profits of the providers.
Depending on balance size even this might not be enough to cover the high fees. Especially once one is no longer contributing and the govt/employer match go away.