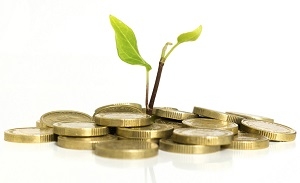 Where can you find $42 billion in New Zealand? In all of our KiwiSaver accounts.

Since its inception 10 years ago, the retirement savings scheme has built some serious muscle.

So are we, as investors, doing enough to get the most out of this asset? And are KiwiSaver providers doing their bits to grow and protect our investments?

The simple answer, having studied KiwiSaver provider data collected by the Financial Markets Authority (FMA), is there’s room for improvement.

This is what stood out to me from the regulator’s KiwiSaver report for the year to March 31:

Default providers are clipping the ticket without doing much

Default KiwiSaver providers have not lowered their fees at all from 2016 to 2017.

The orange line in this graph shows active members' fees as a percentage of funds under management, and the grey one, default members'.

The FMA in its report says: “We don’t know how much it costs each default provider to offer default products.

“However, as membership grows we expect the costs per member to fall, unless overall costs rise in the market faster than we see (or hear about), or providers direct more money to provide better service. This includes increased member engagement efforts. We are not aware that this is happening currently.”

The FMA mentions its disappointment in the fact low and falling proportions of default KiwiSaver members are being engaged by their providers so that they’re actively choosing to be in the funds they’re in. 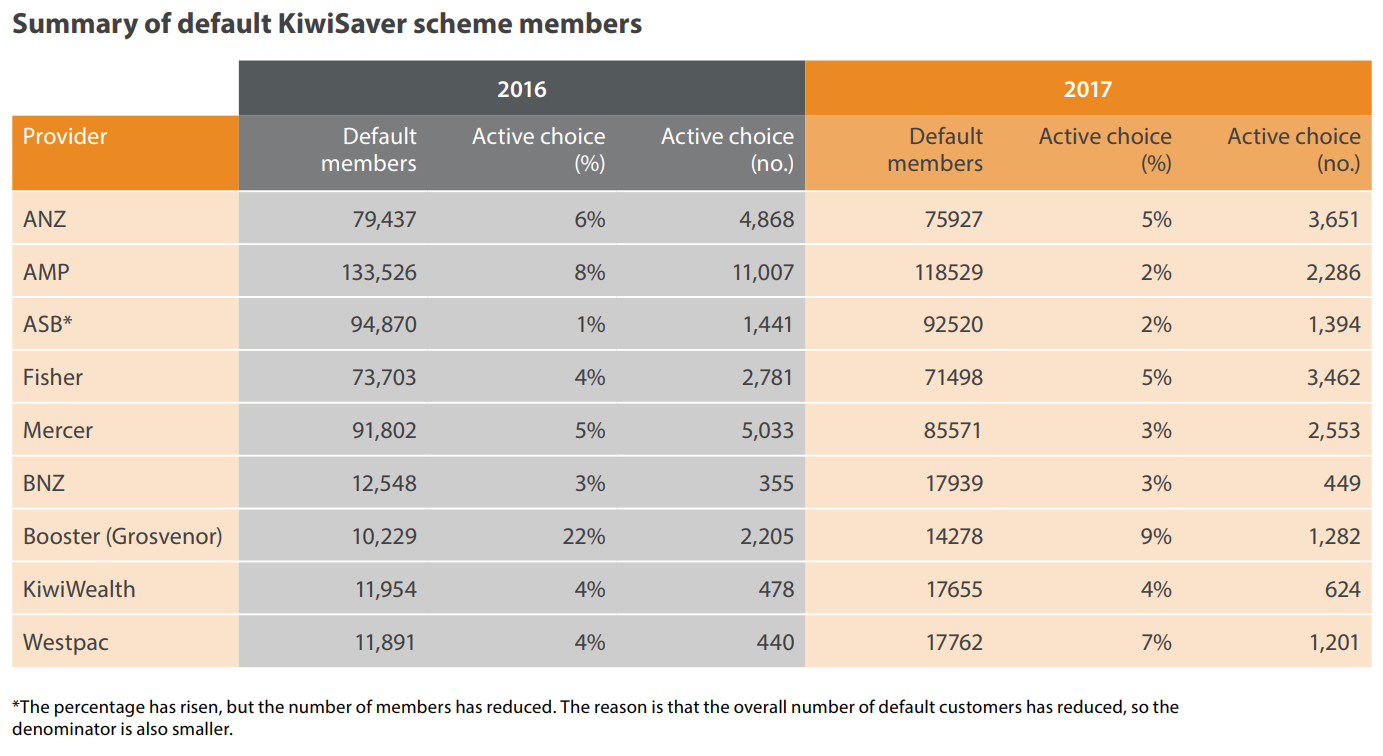 “We accept we need to be realistic about how quickly, and by how much, active choice results improve,” the FMA says.

However: “We expect each provider to stick to the promises they made in their tender for default status.”

FMA chief executive Rob Everett says providers need to realise being on the default panel is a privilege that should be earned.

“An important part of that privilege is to accept people should not sit in default funds for 40 years, because the funds are conservative…

The list of default providers is reviewed every seven years. The Commerce Minister can suspend or terminate a default provider’s status if they don’t meet their conditions.

What’s more, 60% of new KiwiSaver members, and 67% of those transferring between schemes are joining bank providers.

He recognises some providers might not be able to justify taking on members will lower balances, given the cost of building the infrastructure around them.

“That would be my gut, that in the early days they’ve largely dealt with people they already have relationships with, who would probably tend to have higher incomes… and maybe not go out and gather from the broader public.”

Pressed on how concerned he is that the incentives that exist in the market disadvantage lower income earners, Everett says “it’s a good thought”.

“I suppose the counter argument to that might be that banks and larger providers are better set up to deal with people on a mass market basis… and some of those niche providers just aren’t really in that space. You might argue that actually those lower income customers might be better off with those banks.”

Everett says he’ll look into this observation in more detail.

As you can see looking at the orange line in the graph below, non-bank providers charge higher fees, however they have reduced them from 1.4% of assets under management in 2009, to 0.9% in 2017. Despite falling to 0.8% in 2017, bank providers’ fees have been hovering at this level since 2011. The logic is that as the scheme gets off the ground, providers should be able to cut their fees.

However when asked last year, when economies of scale will kick in and we will see a greater drop in fee levels, ANZ’s general manager of funds and insurance Ana-Marie Lockyer said such a time would come. However KiwiSaver was still at the point where fees needed to be reinvested into “member education, financial literacy, digital tools and making advice accessible”.

“The bigger the provider, the harder we’re pushing them on why they’re not at the point to bring down fees. But we stop short of telling them where they should be… We don’t really have a remit that will allow us to specifically set fees…

“For us, it’s about putting pressure on providers to explain why their fees are where they are, and exactly how those fees are made up.”

From next year, all KiwiSaver providers will have to show their fees in dollar terms on members’ annual statements.

It's about time we had a Kiwi-KiwiSaver and stopped simply giving money away to Aussie banks.

Why not allow individuals to run their own, individual, kiwisaver plans... ???

I'm all for choice, however the default funds shouldn't be a cash cow for Aussie banks. The fees are a ripoff on these bank funds that simply hold passive securities. Why are they given the privilege of having customers thrown at them for free?

4 out of 9 of the default providers are Kiwi firms (although less by total members), a much better proportion than mortgages. You can choose to move yours to a Kiwi provider at any time.

I did not realise that so many people pay no attention to what is potentially their biggest retirement asset. There are several default providers who are changing their default funds to life stages funds which start fairly aggressive and become more conservative as you age. This is a much better setup for people who set and forget.

There also needs to be more emphasis from the FMA to drive down the default scheme fees. These should not be cash cows for the providers. The market is also helping in this respect with companies like Simplicity offering products with 0.31% fees (vs 0.8% for the default funds). That 0.5% compounded over 40 years makes a big difference - about $100k in today's dollars for someone earning an inflation-matched $70k/year.

"That 0.5% compounded over 40 years makes a big difference - about $100k in today's dollars for someone earning an inflation-matched $70k/year."

Bingo, it is a host of incremental drags that will keep Kiwisaver from being what is could, excessive fees with little to show for it except a smaller balance among them.

Another interesting observation from the report is that the amount of KiwiSaver funds withdrawn by retirees ($631m) was similar to that withdrawn by first home buyers ($614m).

Asked whether he's concerned KiwiSaver is being used as a home saving scheme as much as a retirement savings scheme, Rob Everett says giving people the ability to withdraw funds for a first home or hardship is key to attracting them to the scheme.

In other words, it's better to have more people joining, even if they withdraw their funds for a home, than not joining at all.