ANZ, Simplicity and the Grattan Institute debate whether more transparency will force KiwiSaver providers to cut their fees more aggressively

ANZ, Simplicity and the Grattan Institute debate whether more transparency will force KiwiSaver providers to cut their fees more aggressively 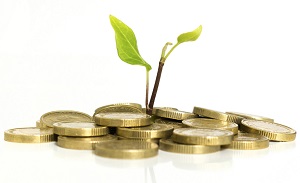 Some KiwiSaver providers are welcoming a proposed law change to make them disclose their fees in easy to understand dollar terms, rather than just percentages.

Yet question marks remain over whether heightened transparency will be enough to see fees fall more quickly than they have since the scheme was introduced in 2007.

Financial Markets Authority chief executive Rob Everett says transparency will spur more competition, as providers will attempt to differentiate themselves from their competitors. While some will do so by offering different services, others will do so by dropping fees.

Sam Stubbs, the founder of the new KiwiSaver provider, Simplicity, which promises to “only charge members what their account costs to manage, nothing more”, agrees more transparency will enable consumers to make smarter decisions and pressure providers to lower fees.

Stubbs says: “There’s going to be a tremendous amount of market pressure from consumers to have a lot of these egregious fees addressed. I think the market’s going to sort this out really quickly.”

Yet ANZ’s general manager of funds and insurance, Ana-Marie Lockyer, is less convinced. She supports more transparency but says the bank is focussed on making sure its KiwiSaver members consider the return on investment after fees, rather just returns, or just fees.

Jim Minifie, a director of the Grattan Institute, an Australian public policy think tank that’s done a lot of research in this area, goes even further to say more disclosure won’t be enough to drive costs down.

Minifie (who’s been in New Zealand for an Institute of Directors event) says: “Expecting the retail consumer to be the one that provides effective price pressure is an expectation that will be dashed.

“It’s a relatively complex product and most consumers don’t understand it, and therefore the intensity of price pressure that you get from consumer competition can really be eaten up by excess marketing spend by the funds.”

What are we currently paying in fees?

The FMA’s KiwiSaver Annual Report shows the proportion of fees being paid in relation to the scheme’s assets under management has been tracking down.

On average KiwiSaver members paid $84 in investment management fees, $30 in administration fees, $9 in other expenses, and $2 in trustee fees, in the year to March.

Looking at admin fees more specifically, on average over the last year these rose by $1 to $30 for active scheme members, while they fell $7 to $27 for default scheme members.

Minifie says admin fees should not be growing, as these costs are completely unrelated to the amount of funds in the KiwiSaver scheme.

As for investment management fees, on average these rose by $17 to $93 for active scheme members, and by $1 to only $39 for default scheme members.

ANZ’s Lockyer accepts active schemes will incur higher costs as it takes more work to manage them and they typically deliver higher returns. She maintains it is good more people are moving to these schemes.

“If you’re active, you’re engaged and you’re thinking about your retirement plan,” she says.

“We constantly review our fees and sit in the middle of the pack. We are an active manager and are committed to that philosophy of active investment management.”

Simplicity: There’s room for fees to come down

Simplicity’s Stubbs says fees are too high and the variance between different providers is huge.

“If you have $50,000 in your KiwiSaver account, the most expensive fees charged are $1356; the least expensive are $185. How does the most expensive, which is NZ Funds, justify a fee eight times that of the lowest fee provider, which happens to be us,” Stubbs says.

“In no other industry would the most expensive be eight times the price of the cheapest, and certainly not in financial services…

“So how does that happen? A lack of transparency. People have charged embarrassingly high fees because they can, and they can because their members don’t know about it.”

ANZ: Fees need to be reinvested in member education

Lockyer says: “KiwiSaver is still very much in its infancy when compared with many overseas pension schemes and there are absolute benefits of scale to come. As funds grow, there’s no doubt that fees will reduce over time and it’s pleasing to see fees are starting to come down already.”

Asked at what point she believes economies of scale will kick in and we will see a greater drop in fee levels, she says KiwiSaver is still at the point where fees need to be reinvested into “member education, financial literacy, digital tools and making advice accessible”.

She also notes the regulatory changes ahead are huge and will incur costs.

“We still need to develop. We’re no longer talking about getting people into the game. We’re really talking about how best they play this game to get the outcome that’s right for them.”

She says there are still a number of people in default schemes, so there’s a lot of work to do and investment to be made before fees will really drop off.

“Is it five years, is it 10 years? I’d like to see continued improvement… in member engagement.”

Asked to respond to claims KiwiSaver providers are simply clipping the ticket and charging too much, she says: “Is the criticism fair? No, I believe providers are doing the best they can to reinvest that money to help engage members in KiwiSaver.”

Minifie believes it is important for the market to have active schemes as these give people the freedom to determine their own affairs.

He says there’s no need to overturn that, provided the advice framework is adequate.

Yet he believes protections are needed for those in default schemes.

“Governments should provide for people to make choices, but also to take responsibly to ensure default schemes are strongly defensible - offering good, low cost products - and that means you don’t want to leave that default part of the market to full retail competition,” Minifie says.

Stubbs is confident new legislation requiring KiwiSaver providers to be more transparent will provide a platform from which the Government could start increasing minimum contributions from where they are now at 3%.

He believes the mandatory contribution rate should go up 0.5% per year over the next 10 years.

He accepts that increasing your retirement fund may leave you with a smaller ‘rainy day’ fund, so says some of the provisions that allow you to make KiwiSaver withdrawals may need to be relaxed.

Otherwise a parallel set of products may need to be introduced to ensure people still have access to emergency savings.

There maybe a kiwi saver account or should be an account that deals soley with bank term deposits.Money direct credited into an account in your name and it stays there till your' 65.Should be no fee's whatsoever or am i being to simplistic.

Agree, at the very least they could make the 6 default providers free given you are signed up whether you want it or not.

It should not be free to go into a default fund. The main purpose of having default funds is simply to park money until an active choice as to the most appropriate fund is made. If Default funds were free then everyone else may as well shut up shop and investors would have absolutely no choice other than across the select group.

I believe the Default providers should be selected on adding value to investors (returns, education, low fees etc) and this should be reviewed every three years. No performance, no free kick.

I should have clarified my point a bit more. It should be no fees on capital. i.e. they should only be able to make money on the return they make. No profit = no fee.

If the intent is to get Kiwis to save, the default funds shouldn't be pocketing 1-2% of the gross capital being put into them. Particularly given the amount of people that seem to remain in whatever they were first put into.

The default funds on average are charging less than 60bps. Some of the sundry costs like regulatory compliance, trustees, admin etc will bump this up a few basis points but I do agree with your sentiment that the fees on Default funds are too high.

But if you simply want your money in a bank account, why don't you do this yourself (and save yourself the money)? Conservative funds have a large portion invested in cash and cash equivalents, but it's slightly more complicated than just depositing in an account (hence the fee).

If you want a fund that is just TD's for example, it should be a centrally run fund and not bank owned where said bank could then invest in their own paper and clip ticket.

There would have to be some nominal fee to cover the costs of providing the service but this would be a matter of a few basis points at most.

Enjoyed this article. The graphs really illuminate how much fees are costing people.

Fee's will start coming down when consumers start demanding that fees come down. As long as people are apathetic, KiwiSaver providers will keep swindling them by charging excessive fees!

I've written on my blog about why I'm switching my KiwiSaver to Simplicity. To me, it's a no-brainer for almost everyone! I wouldn't be surprised if we start to magically see major providers lower their fee's in the coming months or years. If they do, it's because they've been forced to react because lower fee providers are taking market share.

This is my own unbiased opinion: http://ryanjohnson.co.nz/why-im-switching-my-kiwisaver-to-simplicity/

"Fee's will start coming down when consumers start demanding that fees come down. As long as people are apathetic, KiwiSaver providers will keep swindling them by charging excessive fees!"

As long as the default funds can charge fees regardless of performance, I doubt there will be a change.

The apathy is something that needs to be addressed, although in saying that a lot of people aren't necessarily apathetic, they just simply don't understand.

Transparency won't bring down fees as much as competition e.g. What Simplicity is doing
Imho its wrong that the govt determined 8 default providers and then employees are allocated round robin to a provider irrespective of that providers performance or fees. Howabout the employers provide new employees an FMA supplied one pager listing the providers in order of fees and returns of the usual 5 funds each quarter - THAT would stimulate competition

There is heaps of competition already. IF competition was so good at lowering prices, we would have seen it already.

Correct having lots of choice doesn't equal competition which is the status quo. The issue isn't a lack of choice but why the providers do not compete