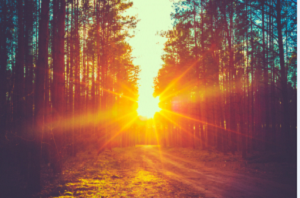 The Financial Markets Authority (FMA) expects KiwiSaver fees to come down more aggressively than they have since the scheme was first introduced.

The regulator maintains the steeper drop will come as the scheme gains scale and a proposed law change, requiring providers to be more transparent in disclosing fees and projections of what members’ balances will look like on retirement, enhances competition.

You can see the trend in the FMA graphs below. Note its figures are slightly different to those listed above, as the FMA hasn’t included ‘other expenses’ (communications to members, auditors, legal and custody fees) in its ‘total fees’ calculation.

While KiwiSaver providers have been accused of not reducing fees by as much as they supposedly could, as the scheme becomes established and economies of scale theoretically reduces their costs, the FMA’s chief executive Rob Everett says fee levels are “nowhere close to egregious” when compared to that of similar retirement savings schemes overseas.

Yet he believes the tide is changing.

The Ministry of Business, Innovation and Employment (MBIE) on Wednesday released a consultation document to KiwiSaver providers, asking for their feedback on its proposal to require them to include the following information in their members’ annual statements:

1. A dollar figure of the total amount the member has paid in fees. Currently fees are typically only shown as a percentage.

2. A projection of what the member’s KiwiSaver balance will look like when they retire, and how this will translate into retirement income.

The FMA, along with the Commission for Financial Capability (CFFC), has been working with MBIE to advocate for these changes, which Commerce and Consumer Affairs Minister Paul Goldsmith appears supportive of.

“It is my expectation that any regulatory change required will be in place for the next annual statements and that KiwiSaver providers will already be working towards providing their members with the total fees they are paying,” he says.

Everett believes that if pushed through, the law change will impact fees “without a shadow of doubt”.

“We always felt KiwiSaver needed to get significantly bigger before competitive pressures would drive fees down. We haven’t seen any huge sign of that until recently…

“We think we are probably in an environment now where providers are going to have to differentiate themselves in a way they didn’t have to before.”

While new KiwiSaver provider, Simplicity, has endeavoured to do so by offering lower fees, Everett recognises other providers may choose to use other means, like engaging with their members more or improving the way they disclose information.

Everett recognises that with a number of people already in KiwiSaver, providers are turning their attention to getting investors to switch between schemes.

Yet there’s been a consistent uptick in the number of people becoming more involved in their KiwiSaver accounts and choosing to opt for actively managed schemes, rather than staying in default schemes. The portion of members in active schemes increased to 83% from 80% in 2014 and 77% in 2012.

“Higher risk and allegedly higher return funds in theory require more work from the fund manager, because they have to work harder to find that return. It does have a knock on to what you’re paying,” Everett says.

The pinch is, more people are moving to active schemes (members not in default schemes), but the current legislation specifies the FMA is responsible for ensuring ‘default’ schemes have ‘reasonable’ fees.

Yet Everett is confident market forces will be strong enough to ensure providers are striking the right balance between fee levels and returns.

This is not to say we won’t see the emergence of more actively managed schemes, which charge even higher fees.

“The philosophy is that there’s going to be enough data out there on the schemes and on their returns and fees, for that competitive pressure to mean you don’t get to that point [where fees become unreasonable],” Everett says.

Asked at which point the FMA might consider fee levels unreasonable, he says: “We haven’t set ourselves a trigger point.”

He says the legislation doesn’t define what ‘reasonable’ is, yet notes the FMA has stepped in when it’s believed providers have set fee levels too high.

“If a provider can give a reasonable basis [for why its fee levels are what they are] and preferably disclose it… we probably wouldn’t push beyond it," Everett says.

What is total amount invested in Kiwi Saver currently?

I like these proposed changes and think that they will help. I'd also like to see people made more aware of what fees are chopping off their potential retirement balance.

Big KiwiSaver providers have had it too good for too long and have been able to make a mint by masking what they are actually charging. There's no way to justify 20% or more of your returns being eaten up by fees.

I've written about why I'm switching to Simplicity here: http://ryanjohnson.co.nz/why-im-switching-my-kiwisaver-to-simplicity/ It's my own unbiased opinion.