Amy Adams steps down as National's finance spokesperson, as she announces she'll retire from politics at the 2020 election; Says she has 'every confidence' in National under Simon Bridges

Amy Adams steps down as National's finance spokesperson, as she announces she'll retire from politics at the 2020 election; Says she has 'every confidence' in National under Simon Bridges 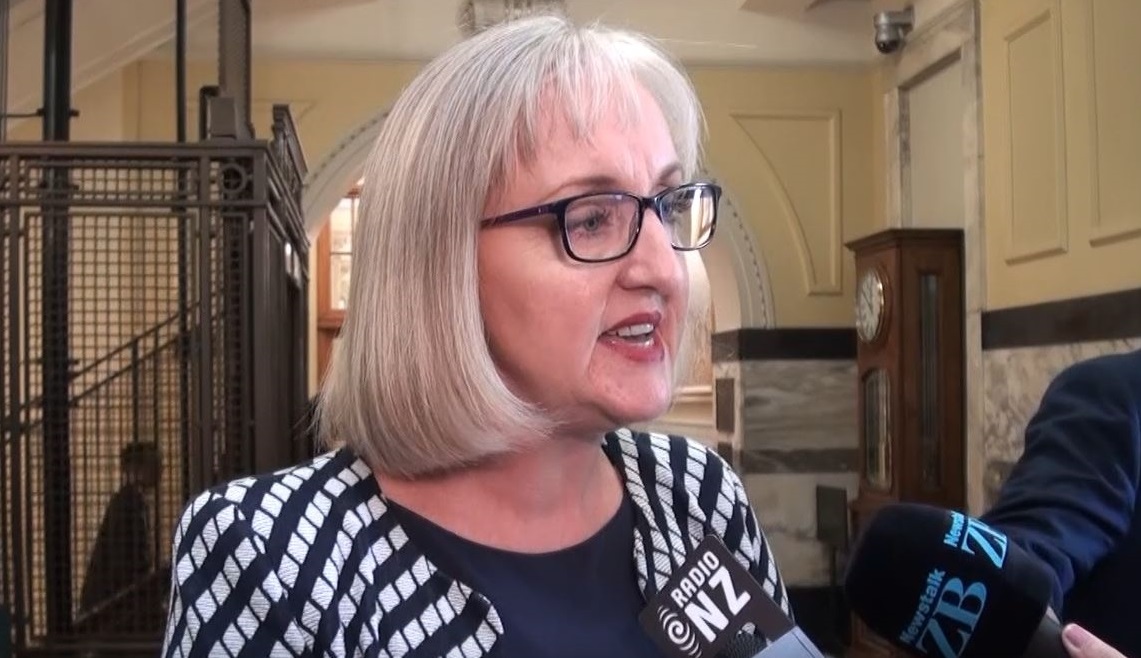 National's Amy Adams has announced she will retire from politics at the 2020 election.

She has decided to stand down from her roles as finance spokesperson and as shadow attorney general, but will continue to serve as a MP for Selwyn until the election.

Adams, who held a number of senior ministerial portfolios during National's time in government and up until Tuesday afternoon was ranked third in National's caucus, said the decision was a personal one.

“I honestly believe these jobs need a hundred percent energy and passion. While the heart is there, I just don’t know that the energy is. I just feel like I’ve given everything and it’s about the life I want to live,” an emotional Adams told media.

“I have every confidence in the National Party under Simon Bridges' leadership and their prospects for the 2020 election. My decision is purely about what is right for me and the life I want to lead going forward.

“I’ve chosen to make this announcement now as given the seniority of the positions I hold in the Caucus I felt that it was important new people have time to establish themselves in those roles as we head towards 2020.”

Adams ran for National's leadership in February last year, but lost to Bridges.

She said she had been thinking about stepping back from politics all year, and had been talking to Bridges about it “for a little while”. She said she made the decision a few months ago and informed a “surprised” National caucus of it today (Tuesday).

She was confident she had Bridges’ backing to be Finance Minister, should National be elected in the next election.

But ultimately, Adams said: “In public service, the biggest thing is knowing when’s the time to leave. For me, it’s the end of this term… I don’t want to become that perhaps bitter, half-hearted person who’s still hanging around…

“This is a hard job and it takes a lot out of you.”

Having been in National’s caucus for nearly 12 years, Adams said she looked forward to spending more time with her family - her children being young when she got into politics.

“From now until the election I will continue to work hard as the advocate for the people of Selwyn."

Asked (perhaps with the knowledge that outgoing Air New Zealand CEO Christopher Luxon has expressed interested in joining National) what qualities she believed her successor in Selwyn should have, Adams said: "Someone who could walk that line between the urban and rural worlds."

She said the issues the region faced were around managing growth, water quality, and the impact of tourism.

“It’s kind of exciting that I’ve got no idea what comes next. It’s nearly 30 years at this intense pace."

talk about jumping, only been there a short time compared to many,
my take on it is she has seen the internal polling and has decided does not want to waste three more years in the cross benches so time to get on with life
good on her many better things to do than " try to keep the government honest"

Yes, been there only a short time.
She has been in the shadow of Bill English for some time so coming to grips as party spokesperson with responsibility for finance will have been a huge challenge and learning curve.
Her performance in the house challenging Robertson has been particularly effective.
I think a significant loss to National and one that will weaken their effectiveness leading up to the next elections less than 18 months way.

Her performance in the house challenging Robertson has been particularly effective.

What performance? Populist hooks? Amy Adams is dreadful and seems to only peddle a steady stream of dogma (much like most of the National Party). I would be interested to hear of some of her ideas beyond "challenging" Grant Robertson.

Disclaimer: I'm not a supporter of any mainstream NZ political party.

Agreed. Not really a strong performer at times looked rather vapid. But to be fair she was landed in a weak position for a start, and the internal convolutions of National hardly provided a solid platform. A tendency to speak entirely predictably going on cliched. Talks about personal EQ experience but that didn’t seem to arouse much compassion for other sufferers. Indeed, along with her associate Brownlie, would suggest that Treasury’s dictates, were adopted and implemented slavishly.

A tendency to speak entirely predictably going on cliched

Yes. A fairly strong indicator that she has nothing to add that is aimed at solving problems and addressing issues. I hear nothing more than "the status quo would be better under our watch." And there lies the problem: A mainstream belief that everything is hunky dory (well before the opposition got into power).

Yep JC ,like you I have no set party allegiance, but would suggest that this identity is simply an unaltered flow on from the culture of the last half of the last National government. Complacent, conceited, careless too. Ivory Tower stuff. Otherwise a mere slip of a young political lass, novice if you like, would not have been able to knock them off their perch so suddenly, so easily. Seems to me that National still cannot comprehend life outside of the Corporate Box, and that they lost touch with the common folk who at the end of the day have the votes.

Makes a clear path for Judith to challenge for leadership. Amy was the only real female competitor.

A seat as Blue as they come in Christchurch?
Making way for a certain ex Air NZ exec?

another one also not standing next year, this has shades of after labour lost the benches and took years to rebuild
Wairarapa MP Alastair Scott also announced today that he would step down and not contest the 2020 election.

Maybe Amy doesn’t want to take the risk that she might actually end up as the Finance Minister just as the chickens come home to roost on the previous National excesses.

Must be a bank directorship vacancy looming.

Must have got offered the new CEO at ANZ role. John is looking for a replacement.

She'll be remembered for one thing - the dis-empowerment of democracy in Canterbury.

That's what the histories will say - perspective has a habit of leaving the facts once the tide goes out.

Ooh, your first para, I like the thrust of that! But I am a bit old and slow, can you be a little less cryptic and enlighten me a bit more?

Most likely when National decided they didn't quite like who the people of Canterbury elected to run ECAN and so replaced them with an appointed cabal who would do what their industrial farming voters preferred. ECAN only now being allowed back to its democratic norm.

Tks Rick. Yes of course. A bit slow on the uptake alright!

Yes, and now that the irrigation is flowing to all her private interests in the Selwyn area, the job is done - all that's left to do is sell up for health reasons, as she'll be quite well aware of the drinking water issues on the horizon;

Some of the biggest property-owning MPs include National Cabinet Minister and Selwyn MP Amy Adams, who declared eight properties including farm land, commercial property, an apartment and two residential properties.

I find Amy Adams to be a complete nut-bar. Her latest concern is Boomers who 'need/have a millions dollars to retire' not having their full million protected by the NZ tax payer.

She not long ago wanted to head the National Party, now she is too tired to stay in parliament.

Her financial understanding is that of the banal and her political ideology cliched. She clearly can't see past her property interests, which are many, locked up tight in trusts.

Do the tax payer a favour Amy and leave now, take your tired ass home. She is deeply out-of-touch, a borderline clown show. Very unlikable.

I can’t think of any Labour politician with the leadership potential of Amy.

Your first 3 words are totally accurate.

Not exactly relevant to Amy Adams but symptomatic of the National Party. A lot flows from other policies that influence the finance portfolio. Don't recall if Nats have any alternative to the immigration/housing problem other than lambasting KiwiBuild and staying quiet on immigration. Had hoped as a swing voter that Winston First would reign some of Labour/Greens more left policies (CGT excluded) and immigration but seems to me he's got out his big rubber stamp. Be difficult to decide who to vote for next general election.

Not much point having a woman leader against Jacinda. Might as well go for a man to get the grumpy old men vote .