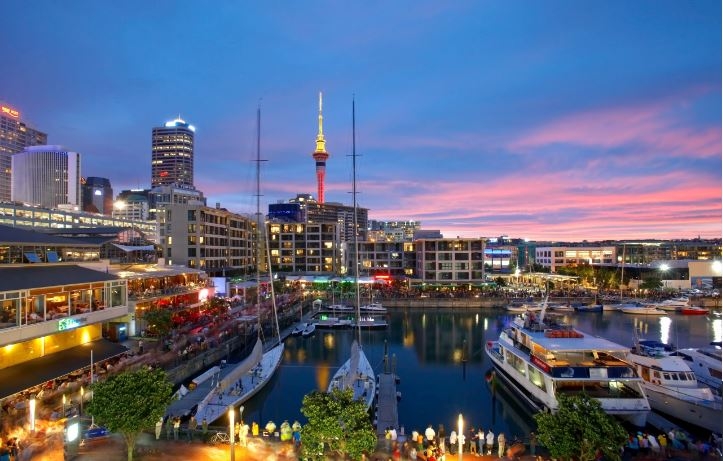 Auckland Council is concerned government plans to create a new housing and urban development authority could see the council paying for increased infrastructure costs, while its planning could be overridden.

The Kainga Ora–Homes and Communities Bill was introduced to Parliament last month to create the new Crown entity. It will see Housing New Zealand Corporation (HNZC), HLC (Homes Land Community) and the Ministry for Housing and Urban Development’s KiwiBuild Unit merged to create one organisation.

Another Bill is expected later this year which will set out the powers that Kainga Ora - Homes and Communities will have to enable it to undertake its work in specified areas.

But despite the fact there is more to come, the Super City isn’t holding back on airing its concerns, outlined in a draft submission on the Government legislation.

The Auckland Council says it doesn’t want to be left to pay for the infrastructure costs created by the housing and urban development authority’s work. And it also doesn’t like the idea of “managing and maintaining infrastructure after Kainga Ora-Homes and Communities exits a development project”.

“Local authorities undertake strategic planning though tools such as spatial plans, development strategies and infrastructure strategies adopted after consultation with local communities. For example, Auckland Council has the Auckland Plan 2050 which includes the Auckland Development Strategy. These plans provide certainty to developers and communities about the location and sequencing of urban development. Our view is that these significant overlaps need to be recognised and better provided for in the establishment legislation.

“We agree with the intent of this Bill to consolidate the government’s housing and urban development initiatives, currently spread across multiple agencies, into a ‘one-stop-shop’. This will avoid duplication and create efficiencies in collaboration, coordination and expertise.”

But the submission says while it supports many aspects of the legislation, it’s uneasy about the overlap of functions between local government and the new entity.

“This means that the decisions of Kainga Ora-Homes and Communities, have significant implications for Auckland Council and other local authorities.”

And it says the operations of Panuku could also be affected.

“Auckland Council’s urban development agency, Panuku, has an advanced delivery programme for urban regeneration across agreed and prioritised locations in Auckland. We would like to ensure that Panuku can continue to deliver Auckland’s regeneration programme at scale and pace without unnecessary relitigation, duplication of effort and delay.”

The CCO now manages around $3 billion of land and buildings owned by the council and is involved in a number of major urban regeneration projects in the region, including those in Avondale, Manukau, Hobsonville, Meadowbank and Henderson.

The council says the Crown authority’s urban development role should be limited to “situations where the market and current players cannot deliver and where Kainga Ora – Homes and Communities can add value.

Urban Development Minister Phil Twyford was unavailable for comment for this story.

Under the Government’s Cabinet reshuffle Twyford has lost the Housing portfolio to Megan Woods, who will become the new Housing Minister and will also be responsible for KiwiBuild. But Twyford, as the Minister for Urban Development, will remain responsible for the legislative changes needed to create Kainga Ora – Homes and Communities.

This really gets on my wick:

What they in fact do is put a plan together, go through very expensive consultation and then ignore all the submissions and put in place the plan they had initially. And then spend the next 10 years telling everyone the plan was done "with community consultation".

Community consultation really means “no development near rich people”. If you look at the unitary plan this “consultation” was very much adopted.

Would that be the inner-city suburbs latte set with character protection areas which also have access to frequent transit services, or the eastern burbs with almost no off-peak services to speak of who suddenly had an uprating in density -a fundamental change in the document - foisted upon them after the plan was consulted on?

"Under the legislation it will be able to undertake the development of public, market and affordable housing, as well as homes for first home buyers. It will also be able to carry out development and renewal of urban environments, which could include commercial, industrial or community property and infrastructure."

Urban development authorities overseas are not that successful. For market developments (residential, commercial, industrial) they simply crowd out the private sector.

Kainga Ora - Homes and Communities should simply focus on getting the homeless off the streets, & the poor out of garages and motels. This is the area where there is no profit for private sector development.

The biggest issue is the RMA. The land use zoning and density restrictions need to removed and replaced with nationwide effects based requirements as it was originally intended. This will solve the market housing issue & the non market housing can be addressed by Kainga Ora - Homes and Communities.

Aha! Twyford and the motley fools (of course) will exempt themselves while still expecting normal developers to carry the extra burden. I dont think it works like that and I think the COL will find that out the wrong way.

What none of this addresses is the funding issue. So we'll have a new govt. entity duplicating Council activities... Will it have the funds to aggregate land, to build enough houses, to fund infrastructure? If not its dodging the actual issue of too many people being let into the country via migration and NO PLAN of how to fund all this out of control population growth.

It would be a good idea for someone to take control of the monster bureaucracy that is Auckland Council , the elephant in the room that is the source of the housing crisis .

Boatman
How could you call the Auckland Council a “monster “ ?
Surely you must see the brilliant illogic in the Rodney Hide / John Key Auckland Super City ?
Isn’t it delivering the cost savings these men promised Aucklanders ?

Lets just get something straight here , if this Government does ever get to "build affordable housing for first home buyers " it will be the worst form of middle-class welfare we have ever seen .

If the government were to successfully build affordable housing for first home buyers it would only be a return to policies of NZ's past.

Arguably the worst form of middle-class welfare is the combination of the Accommodation Supplement and Working for Families, which subsidise in turn landlords and company wage bills.

Bring back the low State Advances loan
Bring back the child allowance moms used to get & save
In a country full of trees easily grown & construction systems like Lockwood available since last century it never ceased to amaze me how NZ ties itself in red tape & more bureaucracy expecting to solve the housing problem
With immigration all that’s been achieved is higher cost of housing.