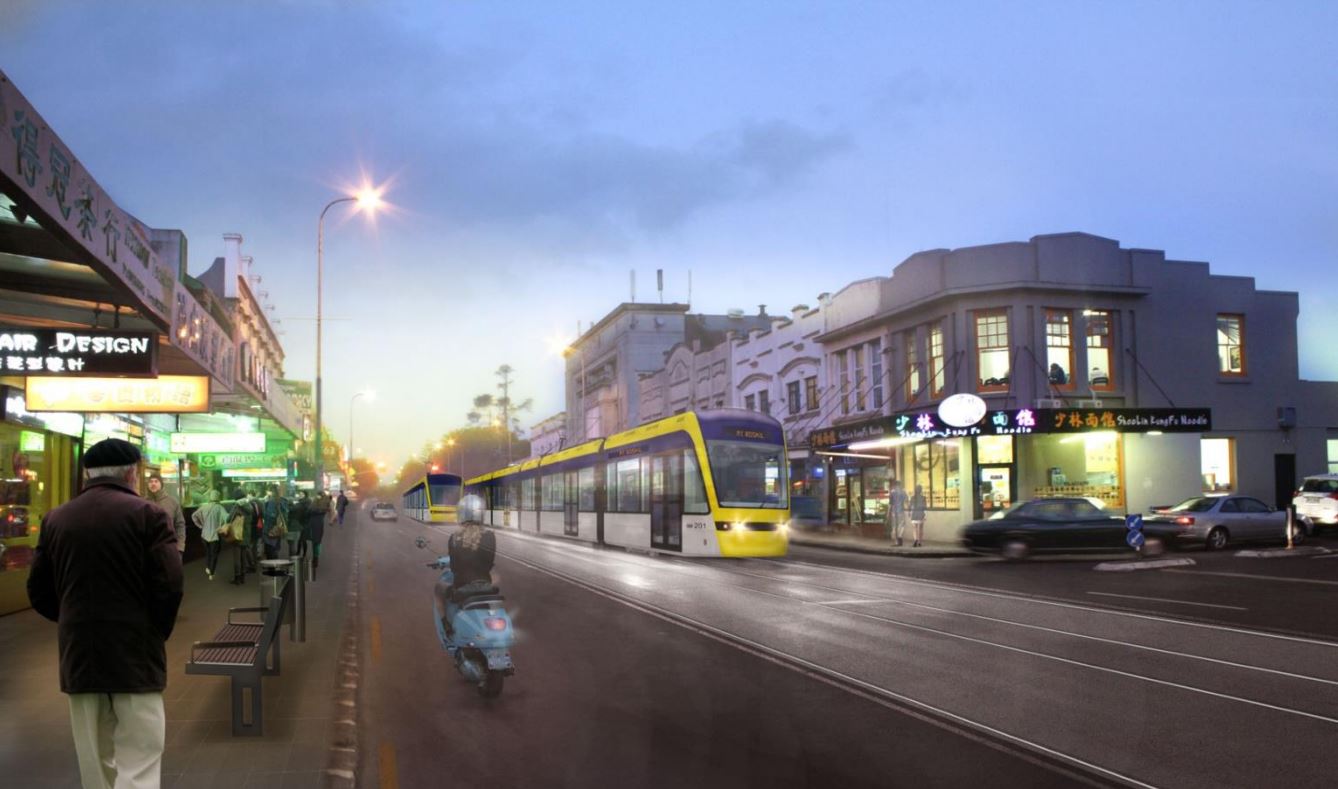 Transport Minister Phil Twyford says he will make a decision on who will build the Auckland light rail project early next year and has signalled he has shortlisted two potential partners - NZ Infra and the NZ Transport Agency (NZTA).

The two parties are now expected to develop their respective proposals before Twyford decides on which proposal to go with. He says it’s an important project he wants to see come to fruition, but it’s important that he has all the information first to make the right decision.

“We have to make sure that it will be fit for purpose for generations to come, that’s why we’re taking the time to examine the different proposals in detail and get it right.

“It will be a magnet for private investment in urban renewal and will be able to carry 11,000 commuters per hour – the equivalent of four lanes of motorway.”

But Twyford says no actual work building the project will take place in 2020.

“This process will take up to six months and will mean we won’t have spades in the ground in 2020. But it will provide us with the certainty we need to progress a multi-billion dollar project which will transform Auckland,” he says.

“We are pleased to be taking part in the new process being led by the Ministry of Transport to advance light rail in Auckland,” he says. “We are currently preparing a range of information that we will provide to the Ministry.”

Last month the NZTA said it had produced an indicative business case for the first stage of the Auckland light rail project, but it couldn’t move onto the next stage until Transport Minister Phil Twyford accepted, or rejected the offer from the NZ Super Fund.

It said the business case was only for the city centre to airport line and while it didn’t answer the all-important questions of exactly how it’s going to be funded and how much it’s going to cost - it is a sign of progress.

The NZ Super Fund CEO Matt Whineray told www.interest.co.nz last year that it had put a proposal to the government to fund, design, build and operate the light rail network in partnership with Canada’s Caisse de depot et placement du Quebec. Whineray called it a public-public investment (PPI) model, as opposed to a public-private partnership (PPP).

“That means there won’t be enough time to get it started before the election, leaving Phil Twyford with nothing to show for his term as Transport Minster except broken promises,” Bishop says. “The Twyford era of non-delivery is becoming laughable. He’s already made a hash of Labour’s pledge to build 100,000 KiwiBuild homes, and lost his housing portfolio as a result.

“Light rail was Labour’s other big election promise. They said it could be delivered to Mt Roskill in four years but that won’t be possible now,” he says. “The business case was supposed to be completed by November 2018. The delay suggests the Minister can’t stack up an economic argument for spending that much taxpayer cash.”

Sources interest.co.nz spoke to last month suggested work on the project may even be delayed until 2022 due to the 2021 Asia-Pacific Economic Cooperation (APEC) conference, which culminates in Auckland in November 2021 with Leaders' Week.

The Ministry of Foreign Affairs and Trade (MFAT) has raised questions about the light rail project and when work on it will start because of the summit, which is being touted as the largest event ever hosted by the New Zealand Government.

According to the MFAT website 10,000 people will visit the city during the Leaders' Week from November 8-14, including ministers, world and business leaders and a large media contingent.

The fact the event is likely to be held in the central city means MFAT’s ability to work around it could be limited. This means a start in 2022 might now be more likely. Other events in Auckland scheduled for 2021 include the 36th America's Cup, which will be held in March, and the 2021 Women's Rugby World Cup which will run from July 28 to August 14.

Get it right.. way to go

I bet the cost and building period will increase by 100% on the planned when the project is finally finished.

A bit mean spirited don't you think? What's your benchmark for success?

I'd agree. A bit harsh in relative terms.
Surely the benchmark for any politician is to achieve nothing. In which case, PT is about average.

... and that neatly explains why the Jolly Kid got his knighthood ... Sir John Ponytails Key ... did nuttin' ...

is that how its normally done in china?

. . firstly we should ask goofy Phil Twyford , he's the expert in picking out Chinese sounding names ..

Oh mama - this is gonna cost. CDPQ projects in Turkey, LA and Montreal have total costs (all $USD), lengths and costs/km as follows:

(Interest mods - despite the html for a Table being inserted, no joy. Instructions??? )  [ We have added a link to the table. ]

The Leaders week, America Cup are all excuses. The simple truth is your country does not have the money. Regional fuel tax, passenger arrival tax. Always looking for new little taxes to help fund a bloated welfare system and government. Infrastructure will need more of your money

. . As the hickeysterical Bernard says , its sheer madness that the government continues to hamstring itself with the arbitrarily chosen debt level of 20 % . . when global borrowing rates are so incredibly low..

. .
.. and any new infrastructure projects are funded by punitive new taxes or excise increases on the working people ..

I'm in favour of the project and I'm rather confident it will be a success. There will be a lot nay-sayers like there was around the Northern Busway. The Busway is now too successful and not the white elephant as predicted - it needs to convert to light rail.

However, I'm not as confident about Mr. Twyford's ability. This idea wasn't even his or Labour's but rather the Greater Auckland group. They have done a great job of explaining why this project is better than any alternative.

The question I have though is why does this take so long to do? Why can't we get this stuff done a lot quicker?

the northern busway was supposed to be rail BUT they downsized it because they did not want to build the tunnel for it under the harbour
https://www.nzherald.co.nz/aucklander/news/article.cfm?c_id=1503378&obje...
The tight five

Option 2 Esmonde to Britomart and SH1/SH16 through Wynyard Quarter (rail and road, bridge or tunnel)

Option 3 Esmonde to Britomart and Grafton (rail and road, tunnel only)

This short-list was reduced to Option 2 with all five organisations expressing a preference for a tunnel only. There would be four tunnels - two road crossings with three lanes each; one rail tunnel each for north and south trains. The present harbour bridge would be retained with or without clip-ons for light traffic, pedestrians and cyclists.

Yes that's true and should have been built then. However, there were a lot of people saying, as some say now, that Aucklanders don't like public transport. Yet when given the choice it's funny how many actually pick it.

It's my understanding that the Harbour Bridge is too steep for trains but it could take light rail.

Sorry, but those plans were and remain garbage. No one has addressed what the surface stations on the North Shore side would look like, and there isn't exactly a huge amount of space to work with in places like Constellation Drive. The busway was chosen because light rail could be retrofitted in the same corridor, which isn't the case with heavy rail. Also, the tunnels and CRL would have had to have been specced for freight throughput, unless there was never going to be a NAL connection, in which case it would have been a hugely expensive piece of solely passenger infra. Seems like a lot of money to spend when the NAL can be reinstated and bypass the bulk of the commuter rail network and the time-tabling headaches that would bring with it.

The more you sit down and try to work out how HR to the Shore is meant to work, the more obvious it becomes that it just doesn't and can't. I suspect it is more a case of the North Shore forgetting the rest of Auckland also needs infrastructure; no one else would have gotten anything if we'd spent all that money on tunnels at many times what the cost of a simple bridge and LRT system could do.

Yep with 20 or so we’ll located stations it’s bound to be successful and give decent PT to more people than any other proposal going around.

Move the APEC meeting to the Waiheke Island.

Nah, get the Regional Development Minister on the job and hold it in Kaikohe....

We could give them the true NZ cultural experience and they could sleep in a marae too. No need to stay at 5 star hotels.
These very very VIPs love to talk about inequality so let's see some action. Go to small town nowhere and actually experience how the "have nots" live.

Conventional surface level mass transport tech - with vast ground level works disrupting roads and neighbourhoods is quite simply unaffordable. Subject to endless time, cost and Nimby blowouts as problems and conflicts show up, not to mention political hazards given long duration of projects. Need to accept reality and give up on them to focus on things that at least have a chance.

In meantime can I suggest using congestion charging to encourage all the single-occupant cars to change to motorbike sized electric micro cars or scooters (50km/hr, $5k each) and draw another line down middle of every lane to accomodate them - could nearly double the road traffic capacity in next couple of years. Longer term build special tunnels to accomodate them exclusively - could permanently fix all Aucklands road issues again for just a few billion.

So...I either can't afford yet another vehicle and pay a congestion charge, or I can but it's still entirely useless the second my SO or family want to go anywhere? Yea that's definitely the simplest solution.

Or, maybe some of the rest of the country could repay Auckland for all the money that's flowed out of the region to go to their infrastructure projects at the expense of our own, badly developed networks?

You can't have an $11b fiscal hole if you're incapable of delivering your flagship policies. It's pretty clever really.