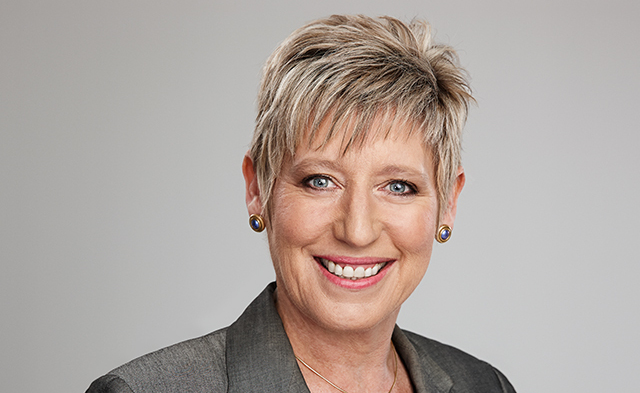 Christchurch Mayor Lianne Dalziel is running for a third term in office after winning by over 62,000 votes in 2016.

Nominations for New Zealand’s 2019 local body elections closed on Friday and campaigning for seats on the country’s councils is now in full swing.

The billboards are up, the candidates are making promises left, right and centre and the election contest is under way. We take a look at who has put their name forward to stand for the mayoralty in some of the country’s main centres.

While in Hamilton sitting Mayor Andrew King is standing again against challenger Paula Southgate. He beat Southgate by just six votes in 2016 and she will no doubt fancy her chances a second time around. Other candidates include Jack Gielen, Lisa Lewis, Angela O'Leary, James Casson, Louise Hutt and Mike West.

In the capital Wellington Mayor Justin Lester is seeking re-election after winning by a comfortable margin three years ago. One of his strongest challengers might be veteran councillor and former New Zealand First candidate Andy Foster. His campaign has the backing of legendary film director Peter Jackson and he’s making his third attempt for the top job. But other candidates seeking the mayoral chains are first-term councillor Diane Calvert, Norbert Hausberg, Don Newt McDonald, Jenny Condie, Conor Hill, Andrew Grantham Cox and Ajay Rathod.

While Queenstown Lakes District Council Mayor Jim Boult is seeking re-election. Boult was a former director of the Stonewood Homes group which went into liquidation in 2016 owing more than $26 million to creditors and there is a case still before the courts. But he’s hoping he can gain enough support for a second term and only has two challengers for the top job, Al Angus and Nik Kiddle.

But while the main centres have a healthy number of people seeking office, in some towns around the country the mayoral contests have already been decided because no-one is standing against the incumbent.

In Whanganui no-one put their name forward to challenge Mayor Hamish McDouall for the top job. And he’s not alone. In Gore Mayor Tracy Hicks has been effectively been given a sixth term as she’s standing unopposed and it’s the same for Jim Mylchreest in Waipa, Bryan Cadogan in Clutha and Jenny Shattock in the South Waikato District.

And getting people to actually vote isn’t easy either. Local Government New Zealand (LGNZ) has been running its Vote 2019 campaign to raise voter participation and increase public awareness about who is standing and what their policies are.

In the 2016 local body elections only 43% of eligible voters nationwide bothered to cast a vote. Local government voter turnout varies significantly across different age groups and geographic areas. But according to LGNZ the highest voter turnout in the 2016 local body elections was in the 70-plus age group (89%), while the lowest was in the 18-29 age group (34%).

Voting papers for this year's election will be sent out from September 20 and will need to be filled in and posted in time to reach the electoral office by 12pm on Saturday, October 12.

For further information on who is standing as a candidate contact your local council, or go to www.vote2019.co.nz

Christchurch. I sincerely regret voting for the current mayor. Should not have given the 2004 bad form the benefit of the doubt. So much in the city desperately needed prioritising of reinstatement of basic services after the EQs. Instead there has been an outlandish focus on grandiose schemes and unwanted projects that have knee capped any potential of the city becoming viable again. Downtown Christchurch is now deadbeat Christchurch, desolate, hapless and unsafe. The East, the Mayor’s former territory and responsibility, is just distant smoke on the horizon.

Christchurch electors are pretty thick and will probably vote her back in. Unfortunately the 'high I.Q.' electors have long since left ..

Drain this swamp I say !!

Agreed. Sadly though, for far too many, it is too late. After the long & bitter battles with EQC & insurers they are exhausted & stuck. And for those that may have arrived at a rebuild, a trebling of their rates to boot!

Just pitch in to the defence of downtown Christchurch, it's actually pretty cool. Don't know what the OP is looking for.

Agree with the grandiose schemes - the sad story of the Old Chrstchurch CBD would take an entire article to relay, but the largely-tumbleweeds and London-bomb-site look of the show currently (was there today to take in a coupla Film Festival showings) is gonna take a generation to fill out. The one-liners:

This is a slow train wreck: it will gradually come right, but slowly means one to two generations.

Aye, there it is. But there is a plan. Heard it on the radio. The word “cool.” Over and over again. Every little local website says “cool.” CSE4 as above is obviously cool because he or her finds it cool. A disciple. Amazing what those who work in rooms without windows can dream up and broadcast. Except the city isn’t cool. It’s stone bloody cold.

And the kicker in all this?

The fact that, since mid-May 2019, the Four Well-beings are now the sole purpose of local gubmint. As any and every human activity can be slotted into one or both of Social or Cultural well-beings, the opportunities for Mo' Soft Spend (events, festivals, celebrations, the Yarts and on it goes) reach to Infinity and beyond.

Pity about the 3 waters, roads, bridges and other such expensive, finicky, engineer-dominated spend. Unless it's Trams. Then it's Buzz Lightyear territory, again....

Media, funded by the old boys clubs and private interests, have shown the public only what they want you to see this election

Let me introduce to you today

THE JOKER
THE BUSINESSMAN
THE FALLEN LEADER

First off media shows Minto, the battler, the legend, great guy buttttt the inside joke is, he can’t win as he won’t build the stadium. We have the best Rugby team in the world – No stadium no vote

Then they show you - The Businessman

Savvy with power point, but out of touch with real people, especially the youth. Park, I won’t go tooo hard on, as I am also a Park, our Park family goes back to the 1800s in Canterbury, Uncle park maybe  – My view is that Darryl working at and or in council, is a direct conflict of interest and breaches the $25,000 conflict limit, due to his inner city business interests

Finally they show you, The Fallen Leader – Leanne

Leanne you have let our city down, I was shocked to see you run again – Every stream you do is lynched by the public, you have lost the people, hand on heart from our city thanks, but it is time to go

Now we have myself, the outsider

An anomaly in politics

My policies are from the people by the people, I spent countless hours scouring comments sections on socials, reading, learning, collecting people’s views actually figuring out what our people wanted, real people - I am standing up for the little guy, the underdog, the person Council has let down time and time again, the rate payer, the poor, the homeless, the entrepreneurs of our city, for our people, not for some dodgy deal or to be in control to give some of my old boy mates a contract