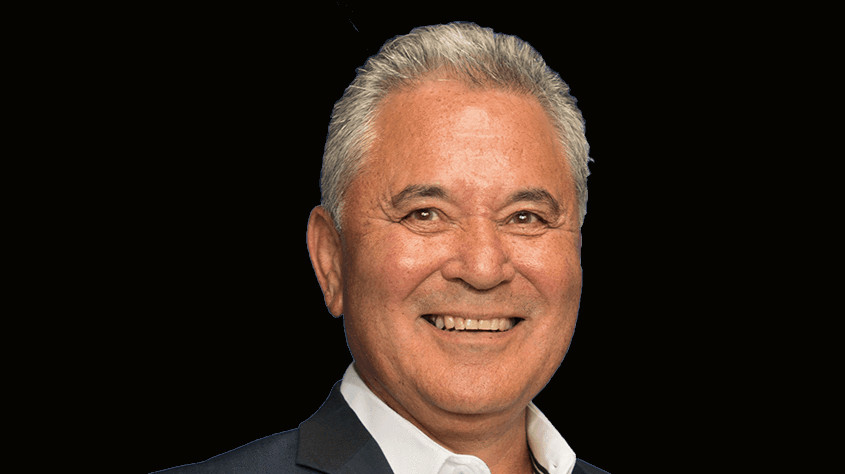 Auckland mayoral candidate John Tamihere claims he’ll give Auckland based companies preferential treatment over multinationals when it comes to securing council contracts if he wins the mayoralty.

“The number of multinationals pulling out multimillion dollar contracts and not paying their fair share of tax must stop.”

He cites Section 10 of the Local Government Act 2002 (amended in 2012). It states that all councils must meet the current and future needs of communities in a way that is most cost-effective for households and businesses. While Section 14 of the Local Government Act 2002 says councils “should take into account the social, economic and cultural interests of people and communities and the reasonably foreseeable needs of future generations”.

“That does not necessarily mean selecting the lowest price bid,” Tamihere says.

He says the Super City’s Council Controlled Organisations (CCOs) all currently have their own purchasing and contracting systems.

“In effect there are now seven separate purchasing and procurement models across the city,” Tamihere says.

He also claims he will “open the books” to disclose the terms and agreements of all council contractors and consultants earning over $50,000.

“The veil where people hide behind commercial sensitivity must be lifted while we reset, refresh and clean up the city in a fiscal sense,” Tamihere says.

“Ultimately the use of ratepayer dollars on value for money projects will require a city wide review and under my leadership, major contracts over $500k will now require the Governing Body’s Audit and Risk Committee’s sanction.”

He says he also wants to see the Auckland Council officers held to account for their actions when it results in a loss to the city and says council staff who use their authority recklessly should face serious consequences.

Tamihere cites as an example the council decision in 2012 to buy the ASB building on the corner of Auckland’s Wellesley and Albert streets for $104 million. It was revealed in 2016 that the council would have to spend $31 million recladding it. Tamihere says heads should have rolled over this.

“Council officials must face the same standard of performance that a plumber, carpenter, electrician or truckle has to adhere to. There can no longer be a veil of silence around poor performance or incompetence and my Integrity Unit will be the eyes and ears of Aucklanders.”

Battle for the Super City

While there are a number of other candidates running for the Auckland mayoralty, for all intents and purposes it’s now come down to a battle between Tamihere and incumbent Phil Goff. The two candidates have taken part in a number of head to head debates so far and they still have a number to go before the campaign comes to an end.

Since announcing his run for office Tamihere has promised to sell the Ports of Auckland, privatise 49% of Watercare and build a new Auckland Harbour Bridge. Tamihere says he will also build a new tram-train system spanning the city and scuttle the Government’s planned light rail project. And he’ll do all that while scrapping the Auckland Regional Fuel Tax, cutting council spending by 1% and freezing rates for his first term.

Goff has attempted to avoid similar extravagant campaign promises and is instead attempting to come across as the safe pair of hands who has attempted to reduce the Super City’s debt and run a tight ship. He’s focused on what he has done since taking over in 2016 and plans to carry-on with the same programme. This includes the Auckland Transport Alignment Project (ATAP) which will see $28 billion invested by the Government and Auckland Council in the city’s transport network over the next 10 years.

Auckland City Council Multinational Contractors sucking profits out the country also include the banks. First day in office he should direct the City Treasurer to change banking to the big 3 Kiwi Banks: SBS, TSB, and KIWIBANK.

Yes, a great way to ring in change and look like you mean it..

I guess by multinational contractors he means the big-4 accounting firms.
The entire world is aware of their "global" standards on quality. I've had the privilege to work with one of them in the past. Never again!

Lots of multinational engineering firms too.

I think one of the big banks vacated its HQ in the CBD when it found out there were issues with cladding and Auckland Council moved in immediately afterwards and spent millions to fix the building. Is the work over or is it still ongoing ? Who benefited and who lost, you be the judge...

He cites Section 10 of the Local Government Act 2002 (amended in 2012). It states that all councils must meet the current and future needs of communities in a way that is most cost-effective for households and businesses.

JT is quoting the pre-May-2019 LG Objectives. They now have the Four Wellbeings as the prime objective, thus enabling Councils (again....) to spend anything they like on Social and Cultural Wellbeing.....the Feelz Rulez.

Auckland based companies. Good idea but many will be moving beyond the city boundaries for cheaper housing for staff and getting the newly announced instant residents visa for staff outside the cities. Huntley will boom.

OMG what a choice!!!
Its just like National politics.
Is there anyone good out there????

He has a good point. Look at Novapay, Veolia, Waste Management, Wilsons Parking, Spotless, the list is endless, all foreign owned and all in business with your own council or government department, ahead of local businesses. We're being bled white.

For the first time in a long time I have no idea who I am going to vote for. Maybe the monorail guy???

Yeah time for a crackdown, bring out the elite SS soldiers & a Panzer division or two....

Don't sell the Ports of Auckland. It would be at fire sale prices now. Dividend dropping from $50 million last year to just $8 million this year. Meanwhile Port Tauranga laughing all the way to the Bank now has 86 trains a week of Auckland cargo going south to Tauranga Port. We can turn this company around by shifting the container terminals out of the city to Orere Point.