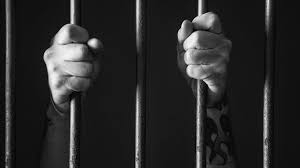 Two brothers have been jailed in the Hamilton District Court after being prosecuted by the Inland Revenue Department for tax and charities fraud.

Two Hamilton brothers have been sent to prison for significant tax and charities fraud.

The two men were the remaining defendants in a major Inland Revenue prosecution against the Scott family group which also saw their sister Jillian, a former chartered accountant, sentenced to community detention and community work in April.

An associate, Martin Pim, was sentenced in April last year for operating a ‘trust’ and signing fraudulent donation receipts.

Inland Revenue spokesperson Richard Philp says over a 7-year period, the brothers and their sister, carried out a complex scheme to evade taxes and obtain fraudulent refunds from IR, primarily at the direction of Lindsay Scott.

“To make the scheme work, the Scotts incorporated 8 fraudulent companies and 10 supposedly charitable, non-profit entities. In fact, none of the entities undertook any charitable purpose,” Richard Philp says.

“The family members registered companies for GST on the basis of property developments, claimed GST refunds on property purchases and fictitious expenses, which then provided a basis for claimed losses to be offset against their incomes.

“Some of the properties were never even purchased, and the ‘property development’ amounted to no more than wall papering, while they and family members lived in the properties.

“The family members also used the companies and charitable entities to circulate funds through a ‘merry-go-round’ of transactions to give the appearance of genuine charitable donations. They then falsely claimed charitable donation rebates providing each other with receipts and thank you letters

“The shell entities were, in fact, created with the sole intention of extracting fraudulent GST refunds and donation rebates.”

Lindsay Scott was sentenced for earning more than half a million dollars of undeclared income from which he evaded the assessment and payment of $103,785 of income tax over a ten-year period.

He also fraudulently claimed $4,652 of Working for Families tax credit while receiving a benefit.

“In sentencing on Tuesday, the judge recognised the aggravating factors in what the brothers did, in particular the abuse of the charities regime,’ Richard Philp says.

“Both brothers were entirely unremorseful. They didn’t accept blame for what they did or take responsibility for what they’d done.  They tried to paint themselves as victims because IRD had allowed them to make the claims.

“People who rip-off the tax system are stealing from ordinary New Zealanders. Inland Revenue staff put a lot of time and effort into this successful prosecution because we believe it’s important to protect the integrity of the tax system and to make sure there’s a level playing field for all taxpayers.”

to be confined at taxpayers expense till they qualify for national super and accommodation supplement.scary that it took 7 years to catch on.