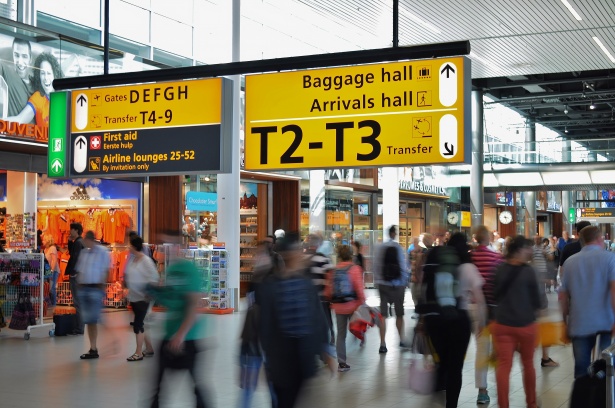 The Government is taking a more heavy-handed approach to border control, as the coronavirus spreads overseas.

Travellers from Iran won’t be able to enter New Zealand from Friday until midnight, March 3.

New Zealand citizens and permanent residents will be allowed to return home, but have to self-isolate for 14 days.

People from Iran are now in the same camp as travellers from China, who are restricted from entering New Zealand until March 3.

The travel ban is being reviewed every 48 hours.

The Government has also refused to buckle to pressure from universities, university students and Chinese officials to exempt students enrolled to study in New Zealand from the travel ban.

Preparations are also underway to have health staff meet all international flights into New Zealand.

“They will be available to provide advice and check passengers – particularly anyone that is unwell or displaying symptoms of concern,” Health Minister David Clark said.

“Our pandemic plan is in place and our focus remains on keeping COVID-19 out of New Zealand. These enhanced travel restrictions and an increased border presence add to our existing actions to limit the risk of it entering the country.

“The situation in Iran is obviously concerning. There is ongoing spread of the disease there, and a large degree of uncertainty about the scale of the outbreak and the ability to contain it…

“Many airlines have already cancelled flights from Iran.”

Clark recognised universities’ calls to allow international to come to New Zealand as the academic year gets underway, but said: “Now is not the time to step back from our approach. We must put the health and safety of New Zealanders first.

“The advice from officials, including health was not to proceed with an exemption.

“Allowing thousands of students into the country from China, and guaranteeing they were safely in self-isolation, would have been incredibly difficult to implement and was not a risk the Government was prepared to take on New Zealanders’ behalf.”

Acting Education Minister Tracey Martin said: “The Government will continue to provide practical support to education providers as they adjust the way they deliver programmes to students. This includes being more flexible about entry dates for offshore Chinese student visas.

Hold on tight y'all. This is going to get very messy and this John Key house of cards legacy is about to implode in a big way.

Akh non-sense, JK is Nat & foreign buyer saviour remember, the Sir is the one really believe to put all our eggs into single stronger basket.

Personally it's not the virus but the reaction to it that is having the most effect. The travel and trade effect is massive. Problem being the initial fake reports and emotive videos from chinese "whistle blowers" showed people keeling over in the street. Click bait videos. I think govts and health authorities took them as true.

So Korea and Italy getting 500+ new cases and 5 new dead a day on a clear exponential trajectory is just theater manufactured by media or Illuminati or something? Infection clearly increases 10x every 10-14 days in countries without active quarantining, it started in Wuhan in early December so by mid Jan when control measures were finally introduced there were 1000's to 10's of 1000's infected (not <200 as claimed by chinese) and desperate pneumonia sufferers turned away from Chinese hospitals were passing out through lack of oxygen getting to their bloodstream. 1000000+ infected in china, 100000+ infected in Iran. Keep pretending it's not happening.

Laughable to place it at the feet of any one party or government, let alone individual.

Who gave the Reserve Bank its inflation targeting mandate? That might be a better place to start than Clark or Key, who both let things run rampant.

Travel ban should be extended to South Korea, Japan and Italy as the same time, especially, South Korea.

What's up with the government?

they need to make sure they are fast in stopping flights, stopping iran travellers was too slow there is one person in Auckland hospital from iran.
looks like they are depending on airlines to stop flying

If true, Explains the change in comms today.

Yesterday was about "wash your hands"

Doesn't address the testing, just say 130 people tested, 6 tests outstanding but the one case, (referred to above - someone who came from Iran a couple of days ago, sounds like the first +ve case they seem suggest), the missing link.

Community testing is needed, resources need be delivered to GPs.

The MoH have had a month.
Time to put in some effective leadership group.
Remembering on Thursday they couldn't record a video and post it on line.

"Bloomfield said the process followed by the person and their family was "exemplary"
-No it was selfish and evil. She wasn't ignorant, it was news for days before she flew - warnings and alerts everywhere. I can sympathize with wanting to escape a country where millions will die, but not at expense of exposing 100's of others and inevitably killing some of them, or at worst sparking fast growing epidemic in NZ that kills tens of thousands. At minimum why didn't she hand herself in at airport to ensure she didn't infect anyone else?

Yip Xing, let's boot them out - National was waaay responsible, hence - your vote, I was too... in distant past.

Before commenting on our Government X....ask yourself were did the virus come from and which "government" failed to contain it?

The real virus they are trying to keep out is communism.

Ouh hang on Xing, don't you think the responsible way is to follow what China did? - do let us know on how they achieve isolation? - do they ban traveling in/out even for non-Chinese? - so you're implying we should not do what China did to contain it - you send a mixed signals.

Don't forget to get some hand sanitizers while getting the lotto ticket. In case, you know, the "jackpot".

Where I am Supermarkets, pharmacies, and even the discount shops are out of stock.

But where did he go?

NZ you're doom, banning the next generation of Chinese CCP agent to study here - you shall pay the price!. As we speak their parents in higher ranking CCP echelon, is start to activating red button push, to choke NZ economy further. The action will be initiated from ANZ bank soon, watch the space - prepare to run.. quickly.

Too late the cats out of the bag.

A Kiwi friend excitedly and gleefully claimed NZ house prices will "skyrocket" as a result of panicky foreigners flooding into Un Zud to escape the coronavirus. Kiwis are hilariously delusional.

Anyone who doesn't get off the island once in a while displays those symptoms.

Is the photo from Schiphol airport (Amsterdam)?

Indeed, Govt just following China's actions of total isolation, even affecting the foreigner living there. The problem is, the wrath of tit-tat repercussion, OZ laugh if NZ try to deport their bad apples back and wait, China will pull their investment out of NZ (tui ads)

Remember when china put the temporary ban on milk powder due to a contamination scare? Foot shoe..

I can understand this. There was a patient in California who went to hospital and was subsequently diagnosed with China virus. As a result everyone who came into contact had to self-isolate for two weeks. That totalled "less than 100 people". Consequently it would only take a few similar instances to completely decimate an entire DHBs staffing capability. We simply do not have the slack in our medical system to deal with a pandemic.

I am very interested to see what happens in Italy. It's economy is so fragile anyway. Might it tip over and bring down the EU?

Our family would probably designate one of our houses as a quarantine house. Anyone infected would go there. It may be a good idea to have plenty of electrolytic sports powder drink available. Keeping the patients well hydrated would seem wise.

Govt's approach has been too timid. There was an opportunity when virus numbers started to blow out to shut our borders to all but NZ passport holders, who, upon entry should have been directed straight to 14 days quarantine. A fence at the top of the cliff is always preferable to an ambulance at the bottom.

I agree. We are in for a massive recession/depression regardless due to local and international impacts of uncertainty and efforts to contain spread. So seems we have option 1/ universal 2 week quarantine = recession and no deaths, or, option 2/ playing at screening for infections etc, recession and 1-200k dead once hospitals are overwhelmed.

Evil does not take a sick day and is unaffected by the corona virus apparently lol
Watch "Coronavirus Fears Are Reshaping Global Facial Hair Trends" on YouTube
https://youtu.be/QM0THK85kkw