Symptomatic overseas arrivals and those without a self-isolation plan will be quarantined; police to do checks on other arrivals self-isolating

Symptomatic overseas arrivals and those without a self-isolation plan will be quarantined; police to do checks on other arrivals self-isolating 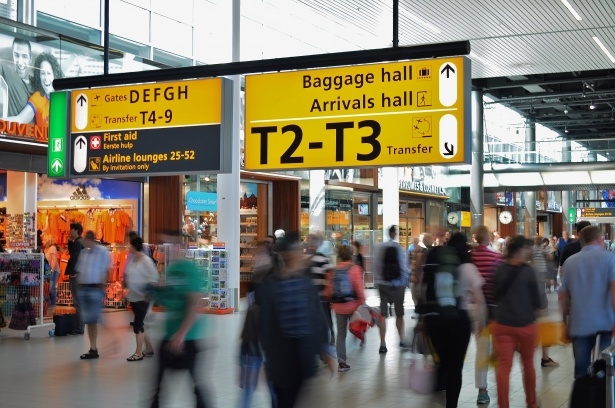 The Government is moving to quarantine high-risk people arriving in New Zealand from overseas.

Every arrival will be screened. If they have COVID-19 symptoms, they will be quarantined in a government-arranged facility.

Those who aren’t symptomatic but have no plan or ability to self-isolate will also be quarantined, as will those who can’t transport themselves home to a different town or city in isolation.

Recent arrivals with an appropriate self-isolation plan will be checked on by police in the days following. If they aren’t following requirements, they’ll be fined and quarantined.

Statistics New Zealand said this figure could be used to indicate how many people might return to New Zealand.

At long last, if requirements at the boarder had been stricter we wouldn't be here now.

We relied on trust. In the main well placed trust. But given inevitable exceptions we were really dumb.

It looked more like a desperate attempt to keep our tourism sector alive by keeping the influx of foreigners on.

We relied, in the main, on PR spin regarding at risk border closure, very low levels of testing, "kindness" and a sycophantic media. And here we are.

They could retain the PR spin; even go further and offer every tourist a box of chocs and a piece of polished greenstone and then send them to a luxury resort. Behind bars, with security ankle bracelets.

Better late than never . I hope they can actually implement this.

When will govt wake up!!. You need to ensure all arrivals are clear, but this policy is designed to fail. Questionaires don't work. Checking for symptoms doesn't work. Once infected a majority don't display symptoms, ever, but can still be infectious. 2 week quarantine or testing after 1 week quarantine are the only safe options. between 0.01 and 0.05% of arrivals are infected, and likely more due to exposure during travel.

Tourists were banned a while ago, these cases are NZers returning. Probably we could not force them into quarantine until this point, but a more Asian approach to "self isolating" would have reduced the chance of community transmission. I think they said today that they tested 35 at the boarder and found 8 with the virus.

"Every arrival will be screened. If they have COVID-19 symptoms, they will be quarantined..."

So if they arrive asymptomatic, sail through the 'screening' and ---well - what then?

'Screening' ain't Testing......so this seems to be a Colander Approach - plenty of holes.....just Trust 'em to self-isolate and hope for the best (we're gonna need Mo' FBI Guys to do that compliance checking....)

Exactly, this is why all arrival should be forced into quarantine in a government-controlled location.

And so we should but for how long I wonder? Covid19 will circle the globe for seasons to come, this first wave will last right though our winter. Even simple flu will raise alarms. Which raises the question of when or how much we relax policy over time.When do we open the floodgates to the world again?

When the virus becomes the flu.

Within two weeks all hell will break out in the USA. The virus has it's foot on the accelerator. The president is talking like he wants to put his foot on the accelerator too. And a lot of the public are behaving as if it is situation normal.
When the virus explodes to the point that the USA public wake up it will be too late. How will they react? A scary prospective given they are armed to the teeth and have the mentality to use guns. Basically as a nation they are mad. They elected Trump for goodness sake.
What sort of other things can we expect. Afganies and Syrians have attempted to flee by walking and small boats. What will the USA people do. I do not think that it is unrealistic to think that groups will either charter or high jack aircraft and storm the boarders of countries they perceive as safe as per any refugee. They may well be armed to the teeth, open the doors of the plane and come out shooting. We should be prepared by having suitably stationed military and very close tracking of irregular aircraft approaching our boarders.

I hope all the seniors who travel to mexico to get their cheap meds are well stocked. The Mexicans could use Trumps wall to keep the Americans out.

I pity the poor Canadians

Fortunately, it’s up to the cities, states, etc., to act so even if Trump wants to reopen America, they will be able to mitigate the disaster.

From the NY mayor in early March - it wasn't only Adern following the she'll be right strategy. "Since I’m encouraging New Yorkers to go on with your lives + get out on the town despite Coronavirus, I thought I would offer some suggestions. Here’s the first: thru Thurs 3/5 go see “The Traitor” @FilmLinc"

Is there a date for implementation?
They are called High Risk but as per a relation coming in from Melb tonight - said there was no temp measured but he thought the arrival card was slightly different. I asked him whether he might have missed seeing a non contact screen by camera . He didnt think so.
He is now self quaranteening but I would be a lot happier if they were all quarantined in a more official way.

OMG, No!!!! Can't believe they are still screwing around. Statistically about 1 person in every 10 planeloads will be infected - as well as people around them on the plane in a few days time. You can't find them with questionnaires or temperature checks because more than 50% of carriers have no symptoms and some will lie to avoid inconvenience!! Every arrival needs to be quarantined for 2 weeks or until they have been tested to prove they are clear. Crews have to stay isolated too.

Wait 80K of Kiwis worldwide, Winston said.. 'how would you feel if you're in their position?' fair enough.. then? alas all stats showing the current trend of infection trajectory is related to overseas travel.. hmn.. what to say.. akh.. today: Stay put where you're, your window to leave already closed.. our border robust screening will catch you.. by asking which countries you've been travelled into/via/pass - if you want to pass? make sure you answer it from northern Siberia, northern Alaska, Antartica or the likes of Madagascar (for now that is). If you're young, strong, healthy, like to vote positive for Green in cannabis referendum make sure your ditch those ciggy & vape units by the bin.. declare it you're clean non-smoker, non-vape artist. Dare to self isolate yourself for 2 even 4 wks even, & asked for Covid-19 test.. don't worry even after 7-8test you could still be allowed to roam around...it's just 'false negative' test.. not a biggie.. meanwhile.. months later those tiny clever bug in your lower respiratory system, start to get excited - my advise? get those vaping unit while you can... and just maybe? - the lower lungs sputum liquid build up? can be suck out slowly by vaping it out..as clean tiny water droplets..(YR-Tui Ads) - watch this space, what next to be ban folks! - yip, you've read it first from moi.