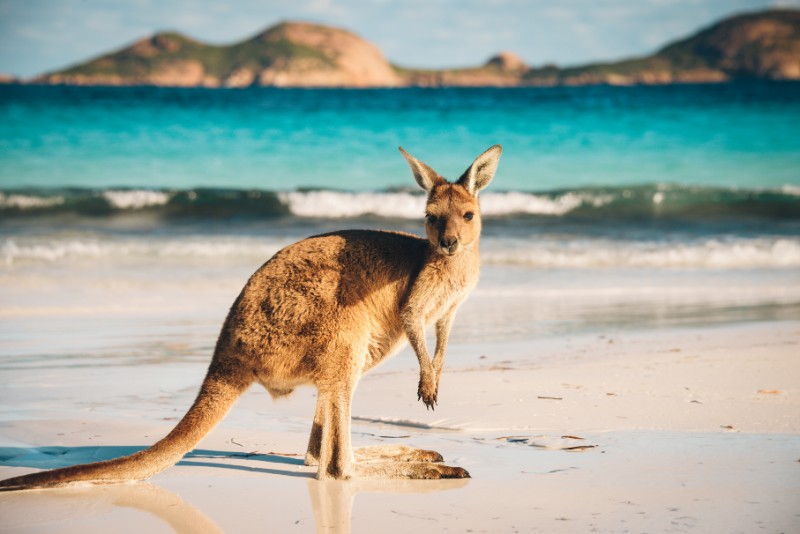 Prime Minister Jacinda Ardern says there's unlikely to be a trans-tasman bubble until Australia removes border controls between its own states.

Speaking to RNZ on Monday morning Ardern said the reason she has been hesitant to provide a timeline for a trans-tasman bubble is because it's not a decisions solely for New Zealand to make.

"We've been staying in close touch with Australia, we've already got officials working on the practicalities of what managing the border, a trans tasman bubble would look like and how it would work in practice," Ardern said.

In Australia they still have border controls internally so the states haven't opened up to each other yet. So obviously we'd expect to see some of those issues solved before necessarily opening up to New Zealand."

Australian state and territory leaders were last week bickering about when to reopen their borders.

In a joint statement on May 5 Ardern and her Australian counterpart Scott Morrison said, with both countries doing well in the fight against COVID-19, they were committed to introducing a trans-Tasman COVID-safe travel zone as soon as it is safe to do so. Their statement noted any arrangement would need to take into account state and territory movement restrictions.

“Once we have established effective travel arrangements across the Tasman, we will also explore opportunities to expand the concept to members of our broader Pacific family, enabling travel between Australia, New Zealand and Pacific island countries. We will work with interested Pacific countries on parameters and arrangements to manage the risks," the two prime ministers added.

Asked by RNZ about interest from the Cook Islands and Fiji in joining a trans-tasman bubble, Ardern said there would be a concern over Fiji joining if there were inbound flights to Fiji from other parts of the world.

Meanwhile over the weekend new National Party leader Todd Muller told Stuff he was keen to also see work on extending our bubble to China.

The only major country that NZ can safely open up border with is the CCP lead China.

Check who is NZ's gold lord.

Unsecure website probably filled with CCP viruses to monitor commentors remarks. All future comments will be recorded and used as evidence against the poster after the invasion.

We should never taste the CCP's sugar coated poison. we should work with democratic countries like South Korea, Taiwan, and Japan.

I'm hoping we have an open border with Taiwan soon. It's been high on my list of places to visit for a few years and their success with COVID-19 has me holding them in high regard.

Do you really believe the figures coming out of China? I was speaking to a chap over the weekend who does quite a bit of business with China. His contacts on the ground are telling him quite a different story.

I have family, friends and biz partners in all tier 1 and 2 cities in China.

their lifes are back to normal.

There are a lot of cities and states in China.
Besides which you haven't answered my question. Do you believe the figures?

I didn't know China was known for its sheep farming.

Nothing is "normal" when living under a dictatorship.

The only major country that NZ should not trust is the CCP lead China.

I have an old map with a coffee cup stain of which actually encompasses NZ and China. This, by CCP rules, now shows that China owns NZ, just like the ridiculous 9 dash line.

I don't see why we can't have flights between NZ and certain Australian virus-free states. Why do all Aussie states have to be open to each other before we can let flights come to NZ? What is the actual valid reason apart from just using it as an excuse to delay getting their act together in this respect?

My understanding is the Federal Government in Australia controls the overseas borders/travel rules not the state governments. So it appears we (NZ) have to wait for them (Aust) to sort this out.

Seems Aussie is ahead of NZ here, our govt needs to get a move along.

The State decides on its own quarantine levels and border rules.

So for example, right now if you drive a car from South Australia to Victoria and back again the South Australian State Government law says you have to then quarantine for two weeks.

International airports, by contrast, are Federal land and owned and controlled by the national government in Canberra. That land is not subject to state or council planning laws or guidelines.

Hospitals are run by the states.

It's not as straight forward as here.

What is the rush? damage is done to the economy now. NZ is pretty much virus free though, Australia is not there yet.

Seems to me that generally that the governance levels closer to the cold face are doing a better job. USA, Brazil, UK?

I would agree with that (although the Brazilian system is Federal). Simple government opens the door to the possibility of agile government.

In this situation agility is good. In another situation the lack of check and balances is bad and crap legislation is created too fast.

"Meanwhile over the weekend new National Party leader Todd Muller told Stuff he was keen to also see work on extending our bubble to China." That's really nailing your colours to the mast.
Shakes head and walks away.

Of course he would. National are totally in the pocket of the CCP.
Have you noticed how both Bridges and Muller keep referring to their Board of Directors in deferential terms? Just who is this board of directors and should National form a government in future, will it be them who are really running the country. With the Key government I always had the feeling that there was some other shadowy power structure behind the scenes calling the real shots. The whole elected structure was really just a device (act) by which they obtained power. Actors in the democracy pantomime.

whom would have ever thought out of the two major parties it would be the national party that would cosy up to communism, the same party that sent our troups to Vietnam as only one of 4 countries to support the USA on its fight against communism.
there would be many an old blue leader turning in there grave as to what they have become.
I still remember the national party ad dancing cossacks
https://nzhistory.govt.nz/media/video/dancing-cossacks

" Actors in the democracy pantomime."

It's Kabuki Theatre" in Chinese style.

its a shame we can not just reopen with some states.
talking with family on the weekend he is WA and they will not open until September even though the two states next to them have no active cases
no state will open to another even if both have no cases because of NSW and VIC
it seems they have two strategies in Australia there some states have gone for eliminate and have, and VIC and NSW have gone for control and so they are fighting each other

https://thenewdaily.com.au/news/state/qld/2020/05/25/queensland-border-n...
Tourism Minister Simon Birmingham said he would not allow fortified states to become an obstacle to the deal.
“New Zealand is obviously the first, and right now only, international market that we could safely agree to open up to,” he told Nine newspapers on Monday.
“If New Zealand and some Australian states are ready and willing to progress, then the reluctance of other states to open up their domestic borders shouldn’t become an obstacle to progress.”

I would be happy to open up links with those states who have a clear record for a month. Ie no active cases. But not the other states because they appear not to have the same level of control as us so must be an ongoing risk of a second wave. Overall the country seems to have a much looser controls and has plateaued at 3-20 new cases per day and over 500 live cases. Ie the virus is still out there and spreading. The more staunch a clear state is the happier I am to link with them and exclude the others.

In Australia, the death toll stands at 102. The ACT, South Australia, Northern Territory and Tasmania have not reported a new case for more than a week
the ACT, NT and SA also have no active cases, we could open to then now

Fair enough comment by J Ardern, NZ will greatly benefit from the re-opening of the borders with OZ when it happens

NZ should not open its borders to Australian travel until:
1) Aussie has no more cases for 28 days, or
2) There is an instantaneous test available for the virus (they are coming) & not the antigen or antibody test

ALSO ABSURD
Qantas CEO says you 'probably' can't get Covid 19 coronavirus on a plane
https://www.nzherald.co.nz/travel/news/article.cfm?c_id=7&objectid=12333394
Why would a virus act any differently on a plane?

I also cannot believe the "murder" Air NZ / MOH is getting away with for international flights (one could argue the same for domestic flights at level 2 as well). The generally agreed required social distancing space is 2m. That means planes shouldn't be flying with more than about 30% capacity (depending on how many bubbles are flying). It's illogical to argue for reduced spacing (1m) saying there is quarantine at the end point of travel when anyone catching covid19 on board risks their life.

If it means airlines go under and have to be nationalised to keep flying so be it.

She categorically reversed this position in the 4pm briefing this afternoon, saying it is an Australian decision whether they open to NZ before or after domestic boundaries are lifted, but it is not an impediment on the NZ side for them to open to us before all states are open to each other.