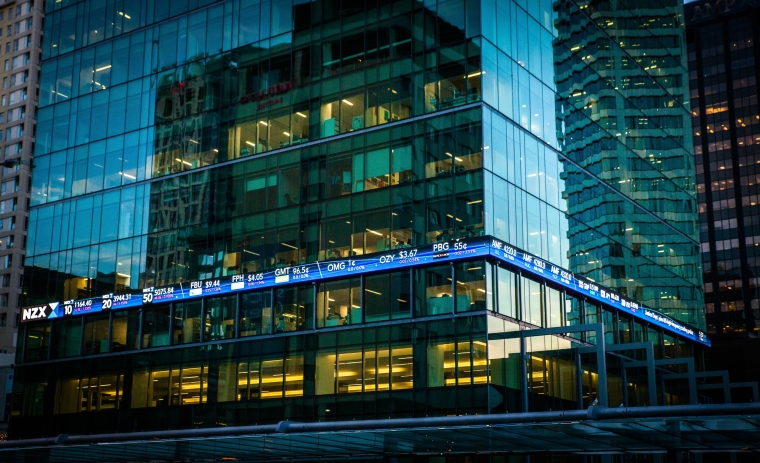 It’s been confirmed a cyber-attack from overseas is what brought trading on the NZX to a halt on Tuesday afternoon.

In a joint statement with Spark, NZX Limited said it “experienced a volumetric DDoS (distributed denial of service) attack from offshore, which impacted NZX system connectivity.

“As such, NZX decided to halt trading in its cash markets at approximately 15.57," the statement said.

“A DDoS attack aims to disrupt service by saturating a network with significant volumes of internet traffic.

“The attack was able to be mitigated and connectivity has now been restored for NZX.”

The attack happened as the S&P/NZX All Index was on the up - almost reaching a record high: 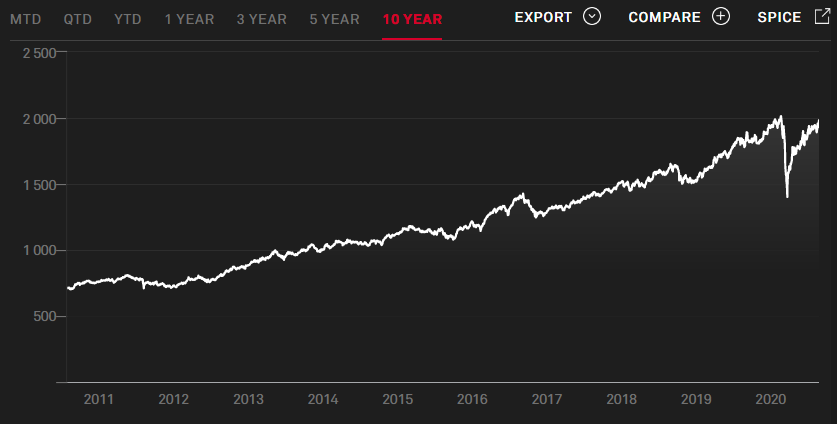 S&P500 all time highs on the back of weak fundamentals? You bet it is TTP!

I said on here some months ago that such infrastructure cyber attacks will be an increasing feature of our modern world. When will we find out who organised the attack? Oz cites China as the source of its similar attacks.

Interestingly, Niall Ferguson believes we are already in Cold War 2 and I think it's pretty obvious that cyber attacks on important infrastructure along with election social media campaigns (apparently intended to destabilise democracies) is going to be a major ongoing feature of world events.

Yep. The social media thing really worries me, people are far too credulous. They'll believe anything they read on Facebook if it confirms their prejudices. I never thought I'd become a defender of the mainstream media, but having glimpsed the alternative...

Record highs on the back of what? The worst economic crisis in my lifetime? The mind boggles.

QE has to go somewhere, and as we saw after the GFC it goes into assets , whether it be houses, or shares
not sure how we will get out of this debt creation ponzi scheme,
wait until we go negative rates, and watch house prices soar

Maybe. That's what the RBNZ, govt, and banks are betting on. Do the punters account for the NZD on maintaining its value? And what are the negative consequences of this? Are there any?

If you've just taken on a huge mortgage, I suppose you don't necessarily want the NZD to maintain its value..?

In mid-June, when the RBNZ's QE programme was still worth $60b, not $100b as it is now, I wrote this piece making the argument the Government needs to implement policies to counter the side-effects of QE.

As Adrian Orr even acknowledged, QE benefits asset owners the most. If share and property prices keep going up, all the while unemployment increases - possibly hitting lower income earners the most - we're going to have a major inequality problem.

When I wrote that piece in June, Grant Robertson said the impacts of QE on asset prices were “still to be told”.

“I’m not yet seeing anything that indicates to me that that’s a major concern, but obviously we keep our eye on it," he said.

Actually I'm not sure how QE impacts the NZX. Is it easing liquidity to punt on stocks or is it just the interest rate being pushed down? Or is it expectations?

Anyway, the NZ Dividend Fund is still down 16% in P12M. This fund is an obvious choice if this is about interest rates. So we're not talking about rational behavior.

There is a positive correlation between central bank balance sheets and stock indices. Cash is loaned by banks to businesses, which use it to expand their operations and increase their sales. Stock investors anticipate the increased company revenue, and buy the stocks.

Yup - more liquidity. Fund managers sell NZ Government Bonds to the RBNZ, freeing up cash - some of which could be invested in equities. Also, low interest rates caused by loose monetary policy push investors to look for higher yields in equity markets for example.

Thanks Jenée and JRSNZ. That's what kind of what I expected. The fundies working their magic.

Are bank deposits increasing? I get your points, and don't necessarily disagree, but I would think that currently there is little incentive to keep money on deposit in a bank, and with Orr's direction for banks to prepare for negative interest rates, may will not want to keep their money in the banks. In Europe negative interest rates have led to banks charging customers for having deposits, despite assurances to the contrary here, unless the Government puts in regulations to prevent it and increases in bank charges, I think many will expect the same to happen here. Shares would currently seem to most to be a reasonable alternative to a mattress.

Several posters have suggested putting cash into offshore deposits like Aus guaranteed accounts. Anyone know if Aus talking negative interest rates too though?

I have no data only anecdote (media) but lots of investors and hedge funds reportedly went big on cash a few months ago, anticipating a bigger 'correction' than March, presumably on the basis that fundamentals always come through, eventually. Especially after Fed balance sheet stopped rising in June and it's been 'jaw, jaw' since. And some nervousness by thinness of S&P rise, driven by half dozen tech stocks dominating the market while hundreds other companies shares still in doldrums. If that's true, maybe the huge flow into bank accounts was in shares now sitting on sidelines waiting. Of course, as you note, markets are still propelled by all sorts of things, like Robinhood traders, and every spurious vaccine news (funniest was a vaccine trial paper which spiked markets when released in prepub, then later again when formally released, exactly the same thing, treated as fresh news both times), and some punters now saying March was the shortest bear market ever and now its all back to bull.

The only thing that is even mildly surprising about this is how quickly asset prices are rising (houses and stocks). I said back in March that there was no moral hazard with a pandemic event and central banks would do whatever it took to support the economy. That all central banks are simultaneously responding in similar fashion is a green light. With so much more sovereign debt being issued interest rates will stay low for a very long time - (perversely the net interest expense in the Crown accounts could still be lower). Add to this the fact that only inflation will repair balance sheets, that NZ is a very attractive safe harbour in the Covid storm and that there are 1m Kiwi's abroad some of whom are starting to make plans to return - house prices could go up 10% pa for 3 years in a row.

This is heavily biased in favour of those with big balance sheets and debt and I believe we need to consider a capital gains tax.

"K-shaped recovery" is the new phrase for this. And the serfs are starting to notice.

Possibly hurtling towards the mother of all depressions at breakneck speed

Thanks for joining the conversation Jenee. Fascinating that the effects of QE pumping up asset prices (shares, houses) for the rich, widening the wealth divide, is the same in many countries, in same-same policies by right (US) and left (NZ) governments alike. Maybe officials who did much the same courses at much the same universities are driving the solutions, and each Govt really just spins its messaging per their inclinations?

So block the attack at the providers international boundary, and maintain domestic access. Spark....

Yeah you would think a denial of service attack would be one of the easier attacks to defend yourself from.

How much of the NZX infrastructure is hosted in a cloud outside of NZ, probably Sydney? I'd guess enough to make that not possible.

For some reason, even the tiny government database for Covid tracer app could not be hosted onshore. Amazon@Sydney, as you suggest.

Now that's bizarre - would have thought, given our data sovereignty rules, that something that sensitive would have to be onshore.

"Amazon Web Services is part of an All-of-Government cloud services agreement that was formed in 2017 following a robust procurement process.

Alarm bells when anyone claims a "robust procurement process". Dig deeper, and time and again, there's an overwhelming focus on process, and measuring inputs or outputs to 'prove' savings or some such, yet zero focus on outcomes (worse, assuming intended outcomes will flow naturally from inputs/process/outputs) means the ultimate social/economic policy outcome intended by policymakers never eventuates.

Watching this housing market dead cat bounce is fascinating. I expect the cat will explode when it falls so far on the next drop.

Its down again Who wants to disrupt NZX??

Such a shame. I was in the process of offloading CBD. It had gone up from 0.99 to 1.19 in the opening hour. Hopefully they'll get it back up this afternoon.