New car sales activity weakens sharply in September, reflecting a weaker economy and a direct indication confidence to spend is being sharply curtailed in the run-up to Summer

New car sales activity weakens sharply in September, reflecting a weaker economy and a direct indication confidence to spend is being sharply curtailed in the run-up to Summer 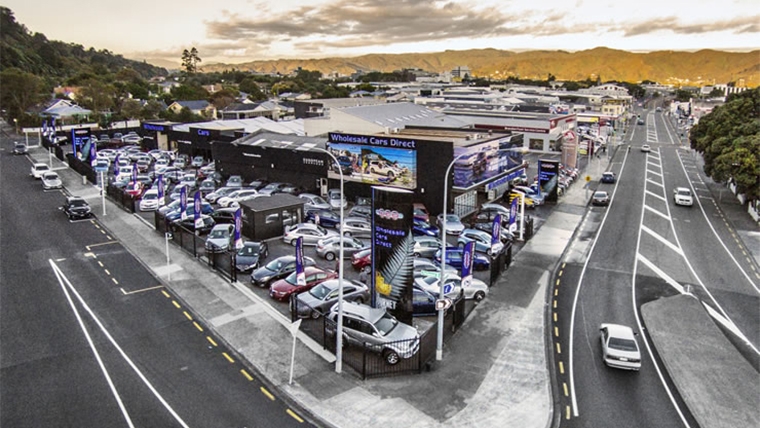 Only 7735 passenger cars were sold in the month, a massive -2587 fewer than in the year-ago month.

The July and August rebound ran out of steam in September which does not auger well for the rest of 2020.

There was a small improvement in the number of sales into rental fleets, but it is mainly for specialised vehicles.

SUVs maintained their high share, taking 71% of the restrained market, not a record, but still on the trend of a steady long-term winning of market share.

Sales of new cars are an indicator of consumer and business confidence. Dealers expect 2020 to deliver a sales fall of -25%, but they may be being optimistic. The prognosis isn't bright.

Interesting. At this time of year yards are discounting to clear stock to make space for the 2021 models arriving.

I noticed the large, local Holden dealership had changed its signage to Hyundai as at the end of last month and has a "For Lease" sign up for the yard. There is already a Hyundai yard in town, and "Holdens" were basically Korean-made anyway.
Rationalisation and shrinkage across the whole economy as Consumerism bites the dust.

GM pulled the Holden brand from the global market and are now targeting US domestic sales. They were losing money hand over fist despite many generous Australian government handouts to keep local manufacturing.

Holden has been withdrawn (sales dealerships have been compensated & closed) there are now no new Holdens to be bought (irrespective of where they were built).

Bought a new car for the wife the other day at Toyota, Auckland. The budget is to sell 60 cars a month. They were already over 75.

Oh... oh you mean the real economy is stalling. That's not important anymore. See the play is to defend asset prices not make a profitable evironment in which to do business.

Well done. You have obviously learned from you previous Thought Crimes.

New car sales are only half the market in NZ, where are the numbers on used imports?
I'm guessing the imports market is also down, because prices were up enough, that new cars were looking attractive.

Its in the graphs.

People are investing in Tesla shares...

Passenger vehicle sales could be massively distorted by the lack of rental buying. Rental managers will buy up 500+ cars - this usually sways in Toyota's favour in terms of market share.

Perhaps its just about a change in where people are using their money. To look at it singularly as an indicator as per "normal" years is irresponsible. Its like being aghast at the drop in economic performance after the entire world has shut down for 6 months. Get real.. its gonna happen, why are you surprised? On the same note though, there have been many reports of green shoots in unexpected places too. So lets stop applying silo'd statistical reporting when peoples behaviours are totally different to 12 months ago.

perhaps they are buying e bikes instead with their money. The cost of two e bikes can be almost as much as a car, depends on the model, but some are quite pricey

About the only stat worth following is the new commercial vehicle numbers - retail and and rental aren't worth jot. Chaston should find something a bit more relevant
Interestingly though, note the prolonged ('10 - '17) upswing in private vehicle purchases - must have been all the infrastructure deficits finding it's way into "joe public's" wallets

People are driving far less this year since March and pent-up demand post LD has been satisfied. Besides who needs a new car to just sit in gridlock on akld harbour bridge... flying is the only way to go

A lot of people are now wanting electric for their next new car. But the cost of them in NZ, plus the lack of models, and lack of government subsidy makes them hard to justify buying . I think a lot of people are now going to hang onto their gas guzzler until electric cars become more common. I have been looking at electric options in NZ compared to other countries, and it just doesn't stack up yet. Guessing it will get a lot better over time.

I’m one of the September Tesla Model 3 buyers. While it’s an incredible car and home charging is only $0.03 per Km, it’s priced well above ICE options and therefore a niche market. The number of buyers opting for the performance versions seems to confirm that it’s not solely about the economics.

What I see on the various graphs (passenger vehicle sales, commercial vehicle sales, and used car imports) is that about three years ago, the sales rates started decreasing.

What happened to the economy three years ago?

The e-conomy is like most things in New Zealand...Un-e-conomical.

Debt does not an e-conomy make....at any rates forced down by Mr Orr.

Swapping NZ dollar rates for most reasons...ain't reasonable. Not when up to hilt in debt...Too.

And you can thank our Govern-mental Leaders for most of that New dam and blast it....pay it into the future....Mob.

How much new car stock was available to buy in Sept?
Stock purchase decisions Were made months before during COVID and were far more conservative that actual sales.
Talking to new car dealers, no one forecasted the bounce back in demand.