Sales of new cars in October continue to fall away, with no boost from rentals, NEVs or even utes. Only SUVs are still selling, even if at lower levels too

Sales of new cars in October continue to fall away, with no boost from rentals, NEVs or even utes. Only SUVs are still selling, even if at lower levels too 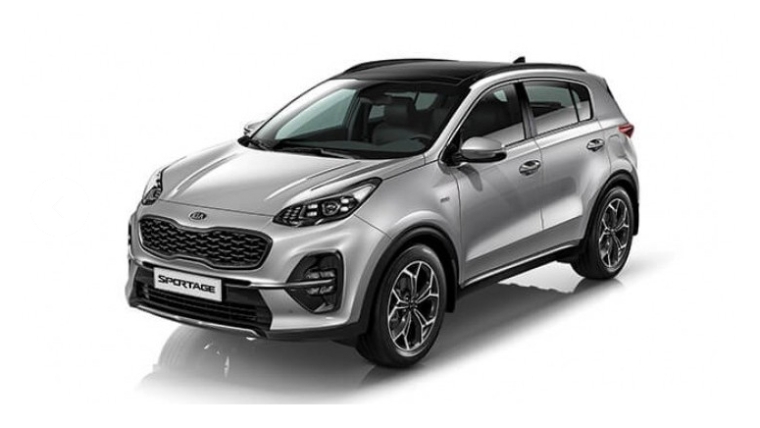 The new car market is in trouble and industry heavyweights are into an outsized promotional push, trying to head off what is currently expected by the industry to be final sales in 2020 down by a quarter.

The October sales data won't help, with passenger car sales down 22% compared with the same month a year ago.

The speed of the fall is notable too.

The one sector that is being hit the hardest is traditional sedans. These are down 50% in October from the same month a year ago, and now constitute a small, specialised 28% corner of a market dominated by SUVs.

And NEVs (new energy vehicles) aren't giving car sales much of a push either. There were 107 pure electric vehicles, 60 PHEVs and 787 hybrid vehicles sold in the month, together taking just an 11% share in October and lower than the 16% share in September.

Sales of new cars to rental companies did pick up a bit in October, but were still less than 400 and this lack is a part of why the overall market is down. (This is less than 10% of the number of cars sold into rental fleets in October 2019).

The one segment that is largely holding up is SUV sales. These are down only 7.6% in October on a year-on-year basis.

(And finally, we should note that commercial vehicle sales, largely utes, are not booming either. There were down 17% year on year and such declines have now been recorded in 17 of the previous 18 months.)

Based on Orr's wealth effect theory, increasing assets prices should boost consumption and sales. But the statistics shows sales are continue to fall, no positive signs ahead at the moment.

You missed it, the positive sign is there.. the housing consumption. It's continue to raise, about 25% this year alone, still plenty room to go. another 75% more is what NZ need before other things start to happen.

It's laughable isn't it.
I plus many others won't be spending a cent in this economy. Tighten ones belt to save hard for a deposit, then tighten ones belt to pay off an astronomically over bloated mortgage. Not much for anything else...good work RBNZ.

If you were selling swimming pools or spas you wouldnt be saying that. The biggest issue is keeping stock on the ground, just cant get it fast enough.

Not just sales either?
People must have gotten sick of paying $1,000 to have the oil changed at their local Mercedes when the garage down the road would do it for $300. ( A joke being the first $500 was to write down the phone number of the owner on the service docket!).
But the Stealerships are fighting back, with the local MB dealer emailing their client list with new charges; services now from as 'little' as $350.
I wonder where all that disposable income has gone?

Correct and with $750K to float around?, and more assistance by the govt & RBNZ to reach for negative OCR loan territory, with assurances of waves of FLPs that derelict villa of 7.5millions dream, is faster becoming reality now - And we can put plenty more renters, overseas workers to pay for the rent.

750K house loan doesn't show other people what you've got in size. A 75K V8 car will allow you to let everyone know that you have a BIG one!
btw, my car is a Toyota Yaris.. it's small, slow but it damn works every time!

I drive a venerable Hillman Hunter.

Wouldn't have a new car on my mind....... Money is better saved and put towards a house.

Another factor that may not help is that Covid has delayed the launch of a number of key new models that people are still waiting for.
Notably the new Ford Ranger has been delayed, and that is a vehicle that accounts for up to 10% of NZ vehicle sales on its own. Ford are keeping the current model ticking along with a string of special editions, but really who will buy the “old” model when the new one is just around the corner somewhere?

The Ford Ranger has not been delayed. The new model is for the 2022 year. It was always coming out late 21.
Based on facts it doesn't stack up.
Also Ford Ranger's have had a shortage of supply as the Thailand factory that makes them has had shut downs for covid.

It would appear that there are plenty of cars sold.
While the article is not wrong when purely based on the import stats, the main reason for the stats being the way they are is lack of available stock being able to be imported. Not a lack of sales.

I'm in the market for a 2nd hand SUV and dealer stock has decreased and prices up in the last month unfortunately. I think your right.

Exactly right. Picked up my new ute today, and dealer confirms that new stock is months away.

No-one has pointed out the fact that (so called) SUVs are hideous vehicles. The Rav4 driver is the bane of my life. I have places to be, so please, get it up to 50.

A big German SUV with air suspension and a diesel turbo engine are the best vehicle for NZ's poor roads. I have two in the garage identical car other than colour!

I actually agree. I'm selling my golf wagon to buy an SUV not for off roading but to drive our wonderful state highway 2 which deteriorates more and more each year.

So, both of you work in Wellington and commute to the Wairarapa? No names but I'll wave to you both next time we cross paths.

You say "the new car market is in trouble"
When you dive behind the headlines David, there is quite a different narrative. Exclude rental cars and the market was up 9.6% in October.
Looking at vehicles sold to private individuals, they were up 36.7% on Oct 2019. YTD private sales are down only 4.0%. Quite a different reality isn't. Private sales now make up 42.6%, more than any other buyer type.
That is a level of consumer confidence that no one seems to be reporting on.