The Week in Tax. Cryptoassets under the spotlight; 10 years of compulsory zero rating for land transactions; and a warning for trustees moving to Australia

The Week in Tax. Cryptoassets under the spotlight; 10 years of compulsory zero rating for land transactions; and a warning for trustees moving to Australia 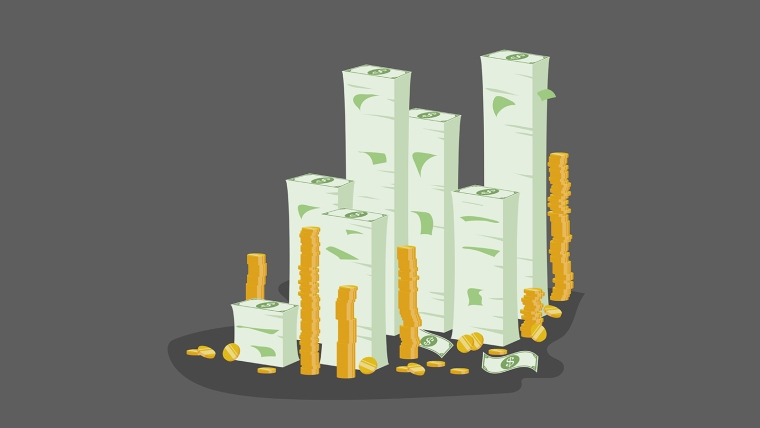 New Zealand houses aren't the only asset class that has exploded in value over the past 12 months. A report by the Secretary General of the OECD to the G20 finance ministers and central bank governors in Italy earlier this month noted that since he last reported to them in February 2021, the overall market capitalisation of virtual currencies has gone from just over US$1 tln to US$1.8 tln.

Now, quite apart from that near 80% increase, the growth has been almost five-fold since September 2020, when the market capitalisation was US$354 billion.

There are two things to note about this fantastic growth in value.  Firstly it is going to attract keen interest from the tax authorities who will want their cut of the gains that have arisen. And of course, the tax authorities are still struggling to keep up with the pace of change in this sector. And Inland Revenue is no different from the rest.

There are some rulings in preparation at Inland Revenue including an updated release on how it views the treatment of cryptoassets. But its general position remains that cryptoassets will be taxable, with rare exceptions on the basis that rather akin to gold bullion, the value can only ever be released by sale, so therefore they must have been acquired with a purpose or intent of sale.

The thing is though, the whole cryptoassets sector is rapidly becoming ever more complex and new instruments are being developed, which point to Inland Revenue’s argument as not necessarily being sustainable. So that's one point that people must be noting when preparing their tax returns for the year ended 31 March 2021. Now I'm sure we will see people coming forward who have substantial cryptoassets gains and are wishing to make the right tax declaration.

But the other matter, which is of concern to tax authorities, is trying to keep track of all of this. As is well known, the OECD has developed in recent years the Common Reporting Standards on the Automatic Exchange of Information. And what the Secretary General for the OECD said in his tax report to the G20 finance ministers and Reserve Bank governors, is that the OECD is designing a “tax reporting and exchange framework that will address the tax compliance risks associated with the emergence of cryptoassets and reflecting the crucial role the crypto exchanges play as intermediaries in the cryptoassets market.”

Now, the proposal is that basically they want to bring cryptoassets into the common reporting standards and in exchange for information. So that's going to be quite complicated. One of the attractions of cryptoassets is they are supposedly off the grid or under the radar of the tax authorities, and, how shall we describe it, that the reporting requirements are a little bit more relaxed.

Anyway, the OECD is preparing detailed technical proposals on this, on a new tax reporting framework. And it is intending to deliver a proposal to the G20 later this year. As usual, we'll bring you news on that when they when it happens.

After ten years, there is still confusion

Now the provisions were introduced to prevent what was seen as a trend towards “Phoenix fraud”, whereby a vendor did not pay output tax on the sale of property to Inland Revenue but the purchaser claimed a GST refund. The suggestions were that the annual loss in GST was in the tens of millions of dollars.

Now, it's important to note that this is between GST registered persons and what it did was fundamentally shifted the GST risk on transactions involving land buildings from Inland Revenue to the parties involved. And as an excellent little report on the matter from PWC points out, that wasn't always fully appreciated by parties to transactions, particularly those who were seeking to claim an import tax deduction on the purchase.

After 10 years these rules should be relatively well known now. However, there's still quite a lot of issues emerging on that. And I regularly encounter the issue where a GST registered purchaser has bought land from what they understood to be an unregistered person, only to find out afterwards that the vendor either is or should have been GST registered. Now that often comes up when they file a GST return and claim the input tax credit. Now, the result is they don't get any input tax credit and that purchaser is understandably very upset. The last such case I handled the vendor finished up paying almost $400,000 as a consequence of getting that GST status wrong.

And it seems surprising this should be happening because the standard sale and purchase agreement does have specific provisions on the whole schedule declaring the GST status of the parties involved. I mean, one of the risks is that the GST position of one party depends on the GST profile or information of the other party. So it's not often that that level of tax detail is required in tax transactions, but they are for compulsory zero rated land transactions.

The report from PWC has useful little tips for vendors and purchases. But the key point it makes is parties have got to take extra care with this. They’ve got to make sure that the GST status of both parties is absolutely clear and understood at the time the agreement was entered into. Otherwise subsequently, it gets very messy and expensive and the only people who win are lawyers and accountants with fees, trying to sort out the mess. Inland Revenue is quite happy about all of this because, as I said earlier, it has shifted the risk.

So generally speaking, if something goes wrong, it gets its cut and leaves it to the other parties in the transaction to sort themselves out. So again, pay attention if you're involved in the purchase of land and buildings. It's a compulsory zero rated transaction for GST purposes. Pay attention and make sure all the Is are dotted and the Ts are crossed.

A warning for trustees

And finally, just another reminder popped up with a new client coming to me this week, with a common issue, and that is the status of trustees who move to Australia.

There's a slight anomaly in this position because often individuals that move from New Zealand to Australia qualify as what the Australian tax legislation calls a temporary resident.

And what that means is rather like our own transitional residence exemption. Non-Australian sourced income and gains are not taxable in Australia, but trusts are not covered, or companies are not covered by that exemption. So there is the situation where an individual who receives a distribution from a New Zealand trust is not going to be taxable on that in Australia, but if he is a trustee of that trust, making the distribution to him or her, then the trust is now within the Australian tax net.

So this new client is a reminder for anyone moving to Australia and they are either a trustee or have a power of appointment over trustees, then they need to resign as the trustee and revoke/transfer that power to another person who is not an Australian tax resident.

Given the sheer number of trusts we have in New Zealand, approximately half a million at last estimate, this is going to be a quite common scenario. So even if it is just a family trust holding a former residential family home in New Zealand, they could well be landed with a whole heap of Australian tax issues.

So anyone moving to Australia should take advice on the tax implications of you doing so and make full disclosures to your advisors. It is like the mess ups we see with the compulsory GST rating and land transactions. It's astonishing how people are rather casual when explaining their circumstances to their advisers and often with very expensive consequences.

Well, that's it for today. I'm Terry Baucher and you can find this podcast on my website www.baucher.tax or wherever you get your podcasts. Thank you for listening and please  send me your feedback and tell your friends and clients until next week, Ka kite āno.

Bitcoin is considered property not a security in the US, therefore you pay tax on realized gains. Much like NZ property, oh wait...

"It's astonishing how people are rather casual when explaining their circumstances..."
The risks aren't always clear. Not long ago I went to Europe on business for a few months. Diligently updated my address to that of my London apartment with ASB Bank...only to get a blunt e-mail back from ASB stating that, as I was no long 'resided' in New Zealand, they had to close my accounts. Apparently just registering a postal address in another jurisdiction is enough to trigger your bank to systematically de-risk you!

Re the Trustee situation

On the death of the controlling trustee (also the Settlor) the previously New Zealand Trust became an Australian Trust under the tie breaker rule as the other Trustee was an Australian Tax resident.

Subsequently the ATO informed the now Australian controlling trustee that for income derived in New Zealand that:
Profits distributed to overseas non Australian beneficiaries of an Australian Trust that derive their income from overseas (i.e. New Zealand) are exempt from paying tax in Australia. This exemption is under the Foreign Residents exemption tax under division 855 Rollover E. This also applied to any capital gains

Profits distributed to Australian beneficiaries of an Australian Trust that derive their income from New Zealand pay tax in Australia as personal income and receive a tax offset for any tax paid in New Zealand on the Distribution.

Capital gains are assessed using the Cost base based on the value as assessed on the date the trust became an Australian Trust. Further Australian residence for tax purposes are entitled to the 50% tax discount on the capital gain on any sale.

I see deduction notices are coming out from IRD for overdue tax from 2020. Always good when a government department can offload debt collection onto employers and their payroll staff instead of doing it yourself. I wonder how much productive time is spent doing work on behalf of Government departments like IRD, Stats NZ, MOJ etc without any reimbursement for time spent.