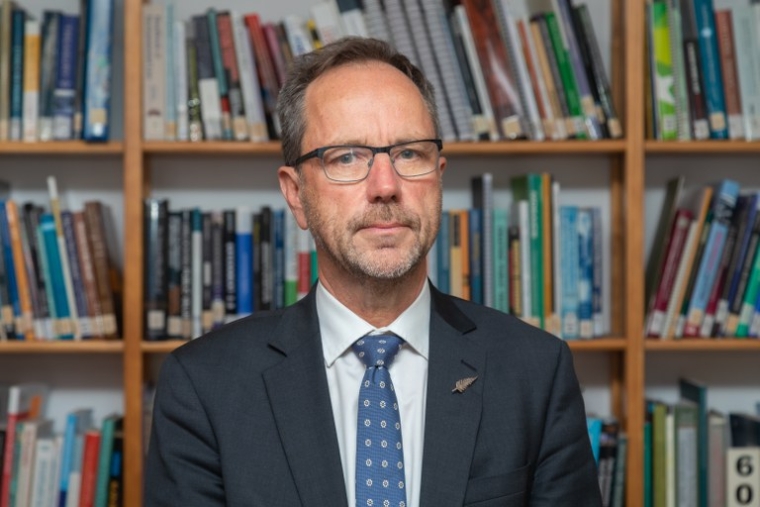 The Office of the Auditor-General is concerned the country’s COVID-19 vaccine roll-out will take longer than planned.

Further to auditing the Ministry of Health between mid-February and mid-April, Auditor-General John Ryan concluded: “I am not yet confident that all the pieces will fall into place quickly enough for the programme to ramp up to the level required over the second half of 2021.

“The Ministry has a high-level plan in place, but there is still a lot of work to do. Some aspects of the plan are still not fully developed.

“Information systems are still being worked on. If everything goes to plan these will be ready, but only just in time.”

Director General of Health Ashley Bloomfield said that by June, the Ministry is confident the vast majority of people in groups 1 and 2 will have been offered a vaccine, and there will be “real progress” vaccinating the 1.7 million people in group 3.

He confirmed that from July, the remaining general population aged 16 and over - group 4 - will be offered the vaccine. (See details on who is in these groups below).

However, Ryan said a “significant scale-up” is required to achieve the Government’s vaccination goals.

“New Zealand is in a good position with its contracted supply of vaccines. The Government has secured enough doses to vaccinate all New Zealanders and a number of Pacific countries,” the Office of the Auditor-General said.

“However, some uncertainty remains about exactly when the majority of doses will arrive in New Zealand over the rest of the year. This could affect the timing of the roll-out.

“The report describes some good early progress. At the time the audit was completed, nearly 400,000 doses had been administered.

“This progress has relied on current vaccination staff and systems. However, what is in place now will not be sufficient when the number of people to be vaccinated increases significantly over the second half of the year…

“Problems are inevitable in a programme of this scale and complexity. It is important that the Ministry continues to be transparent about the uncertainty and challenges ahead…

“At the time of the Office’s work, significant risks remained regarding having enough vaccinators; having an improved distribution model to ensure vaccine doses are delivered to the right place, at the right time, to minimise wastage; and ensuring that Maori, Pasifika, people with disabilities, and hard to reach communities are vaccinated.

“More work is needed to ensure contingency plans are in place in case of any disruption - such as with the vaccine supply, not having enough vaccinators, or a further community outbreak…

“The report makes six recommendations to help the Ministry of Health improve its communications with the public; complete its contingency plans; and provide more guidance and clarity to the wider health sector.”

The Ministry of Health said it had made a number of initial changes and improvements in all the areas the Auditor-General said needed strengthening.

“This was done at the time the report was being undertaken, or ahead of it being finalised. Some recommendations have been fully implemented or are largely complete,” Bloomfield said.

Examples of work undertaken include: expanding the amount of detailed roll-out data the Ministry publishes; working with DHBs on how they implement the sequencing framework; providing more clarity to health providers about their role in the roll-out and implementing a new public information strategy.

Here’s a summary of the COVID-19 vaccine strategy the Ministry released in March. Click on the magnifying glass icon to zoom in. "The Office of the Auditor-General is concerned the country’s COVID-19 vaccine roll-out will take longer than planned."

With our efficient government in charge, surely not ? (sarc)

Lucky we don't want them to organise a booze up in a brewery. Would be a sobering event.

They could blame the I.T hack - prob just some irate expat nurses in Russia.

Reports on the ground - from a few retired who volunteered - is that it is chaos.
And made vastly complex beyond any neccessity. So it's slow slow.
But we have a fine tradition of that in the DHBs. The harder you make any job, the more important you become.

No thought put into it at all, and we we stood in the queue with others our age, many were alone and very unsure about the process, but then, so were the staff.
That was three weeks ago but there is not much sign of improvement from the DHB.

Failure to deliver is going to be looked upon very poorly.

Is it not better to recruit people only when you need them. Why pay them to sit round and do nothing?
Training is best done just before the knowledge is needed. If people are trained to early they forget the knowledge by the time they need it.

Hi Chris, a health professional might be a little insulted you think they'll forgot how to jab someone's arm.

Easy. Extend the plan timelines once again so we can remain 'ahead of target'.

You mean they’re not going to hit their target on this one? Shocker!?

Really is anyone surprised that this government can't roll a policy out...really

Don't worry, they have commissioned three organizations with zero healthcare expertise, namely Deloitte, SalesForce and Amazon. They are being paid 38 million dollars to produce a system that to manage this process. It will likely be ready after the vaccinations are completed, and probably won't work. Don't worry people, we've got this.

Don't we already have a good template for this sort of thing?
Like all the people involved in setting up and managing polling stations on election days?

Apparently, we already have the national immunization register, a system exactly for this exercise. But it's not a shiny new one. so let's waste money on one that won't be ready in time while we stuff up the whole process anyway. What could possibly be the alternative...

If we are going to Vaccinate 3.5 million New Zealanders from June to December. 214 days. That means a daily number of jabs required 32000. Current dedicated "mass" vaccination centers in Auckland are struggling to do 1000 per day with the staff and resources available.
How exactly are we going to handle at least 32000 per day? Confidence is Low.

We have received the first jab and have a date for the second.
The auditor general is right, there will have to be some significant changes to get the bulk of the population completed this year.
Our guess is hand the vaccination role to the Health Clinics and employ professional courier companies to manage distribution, not volunteers as I saw mentioned this morning.