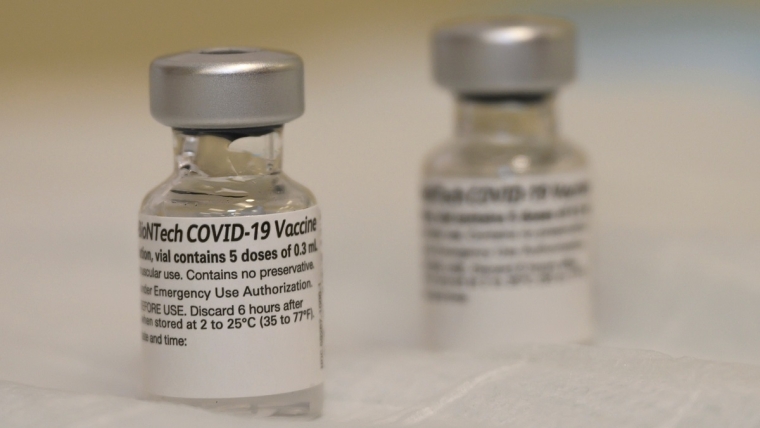 The Government says the country now has enough freezers to store up to four million doses of Covid vaccine at any one time.

They’re currently being tested and accredited and will be ready for use by the end of this month.

On Tuesday the Government had announced that Pfizer would be shipping 1 million doses of vaccine to New Zealand next month.

Hipkins said five of the new freezers have arrived in Christchurch, adding to the two already there, "to ensure we have a second hub with capacity to deliver vaccines across the South Island and lower North Island".

The 12 remaining will be based in Auckland, bringing the total number to 26 freezers – 23 operating and three as back-up – across New Zealand.

“This will be enough storage for four million doses at any one time,” Hipkins said.

Having two vaccination hubs and back-up freezers prepares New Zealand for any potential risks, such as earthquakes or other major disruptions to the roll-out, he said.

“This is the largest and most complex exercise the health system in New Zealand has ever undertaken and we want to ensure we are prepared for anything.”

All shipments of the Pfizer vaccine currently go to Auckland, but as larger shipments start to arrive they will be flown direct to both Auckland and Christchurch for packing and distribution.

“This is the next step in getting the country ready to deliver 50,000 vaccinations a day at the peak of our vaccination campaign,” Hipkins said.

Why would we need to store 4 million vaccines at one time? How about just getting the vaccine itself... Really would be keen to know why we are lagging behind on vaccination, is it by design? Cost etc? Makes better sense re keeping the borders closed? Or did we Scew up our negotiation?

By comparison to everything else, freezers are essentially free. Make sure you have enough. Imagine the uproar (rightly) if we couldn't store the doses that pfizer wanted to send us as things ramp up.

We have been "behind", so far, because we just don't have the doses. As per the announcement earlier this week, they should start arriving en masse in July.

There is interesting work coming down the pipeline. It is now looking like the spike protein from the virus is the problem to human bodies. So by using the jab to make spike proteins to engender antibodies is looking problematic.