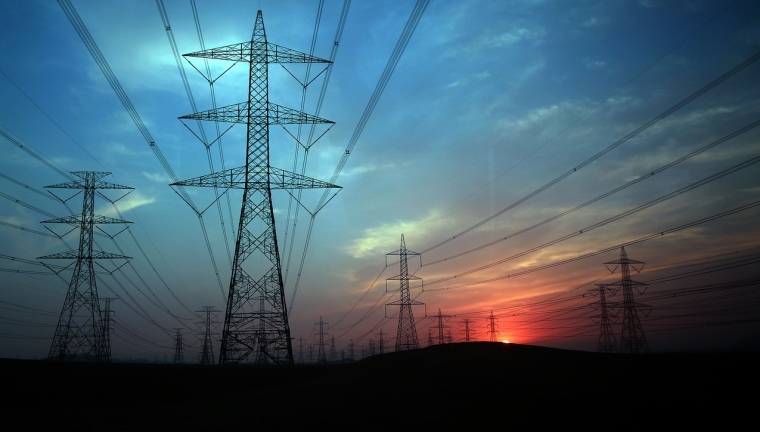 Transpower says the risk of a power outage this evening has passed, “barring a major plant failure”.

The owner and operator of New Zealand’s electricity grid doesn’t expect there will be issues during tomorrow’s morning peak either, “provided circumstances do not change”.

Transpower issued a ‘Grid Emergency Notice’ at 4:23pm on Tuesday, warning that if more electricity generation wasn’t made available, there could be power outages.

At 7:32pm it issued a statement saying, “More generation was offered, demand has dropped and we have passed the evening peak…

“We asked electricity distribution businesses (lines companies) in the North Island to reduce all controllable demand (such as hot water) and they responded.”

Indeed, Finance Minister Grant Robertson, who addressed the matter during the 6pm COVID-19 press conference, said Genesis turned on the third of its three coal-fired Rankines at Huntly.

Transpower said: “We are not aware of any ‘lights out’ except for those around the area where the conductor fell.”

The system came under pressure because a conductor (wire) fell from a tower around State Highway 7 in the Weka Pass area, Waikari in North Canterbury.

Transpower said it was making plans to repair the conductor overnight, but is unlikely to complete repairs before tomorrow afternoon at the earliest.

As at 7:45pm on Tuesday, there was still quite a bit of unused generation capacity in the system: 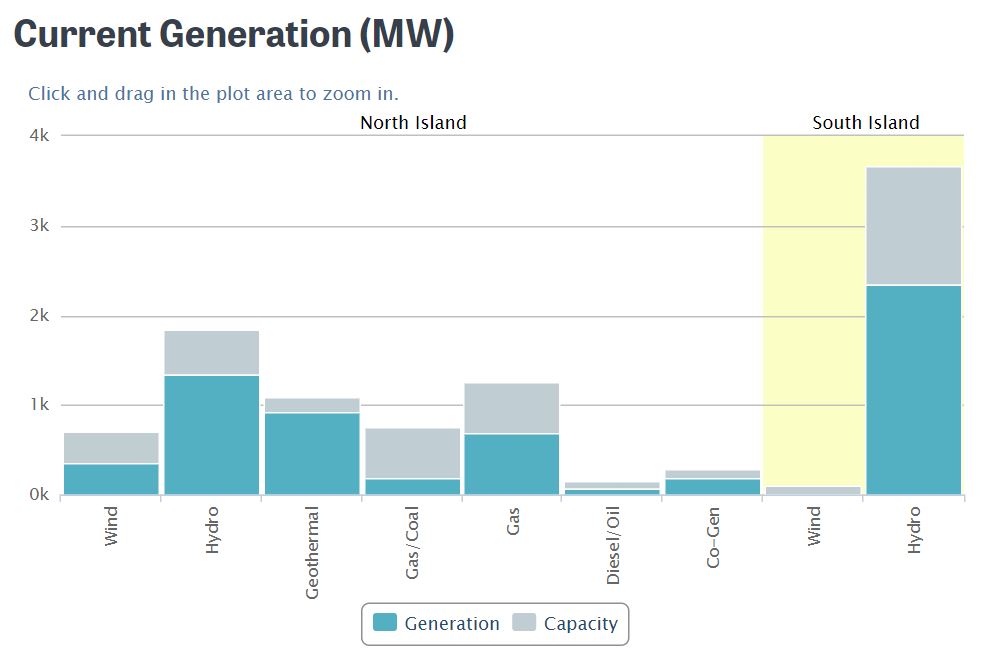 A ‘Grid Emergency Notice’ was also issued ahead of the surprise rolling blackouts that affected more than 34,000 households on August 9.

The August 9 outages caused a whole lot of finger-pointing and prompted reviews by Transpower, the Electricity Authority and the Ministry of Business, Innovation and Employment.

We should petition to recognise infrastructure Jenga the official game of New Zealand.

Wonder if some the wind will die out and where. Good to have these unreliables. Oops renewables.

Nah, tonight will probably be "too windy"

Yeah , lets burn more fossil fuels , and look forward to more extreme weather events. Which both this and the actual blackout were caused by.
In a coastal country such as NZ , Wind is actually quite reliable. We need the transmision system and smart grids to work in with renewables, and some storage . Unfortunately the market has lead area away from the switched hot water system(ripple control ), but a smarter version can be introduced with pricing advantage to suit.

'Wind is actually quite reliable', er, no. It cannot be dispatched, as in I want 321Mw between 1600 and 2100 on September 2, 2021. Hence the 'non-dispatchable' tag that always applies. And it was the sudden collapse of wind last week, coupled with the Tokaanu trip, that was the direct cause of last week's little power holiday.

No , it is not on demand , but it is fairly predictable, averaged out over the grid, and over time.
wind change was a factor in the power outage, but it did not cause it directly.

Solarb - that is just sophistry. You need to difference between energy and power. Grid management is done on power balance. And wind is no good for power management as the fluctuations can be bigger than the spinning reserves.
The wind dropping between 15:00 and 16:30 took the grid from N-1 to N security. The loss was actually bigger than the Tokaanu backoff. If the wind drop had not happened, the power system would have scraped through OK.

Ask yourself if you know NZ's energy consumption profile, i.e., what % is oil, what % is natural gas, electricity, coal etc..

I am telling you 48% of NZ's energy consumption is oil (petrol + diesel).

When the govt tell you go 100% renewable, it refers to electricity generation which is about 25% of total energy consumption.

Yes. You feel good when you do not know the truth.

That is irrelvant in this situation. The issue is 'electricity', not total energy. Besides, electricity is delivered via a central network. The petrol and oil you refer to is highly disbursed and delivers independent energy, not as susceptible to a network disruption.

If all NZ's vehicles were EVs (or hydrogen), they too would have the same disbursed features.

The instant risk is in the integrated central network going belly up.

Tell that to Air New Zealand and Auckland Airport

Boy, this Labour government sure knows how to screw up infrastructure for "greenie" solutions that aren't quite there yet.

I think the 9 years National did absolutely nothing in this area may have something to do with it .
Yes there are some "growing pains" in the path to 100% renewable , but it won't be unreliable , or worst than a fossil fuelled system. None of the current problems are caused by the "greenie solutions", indeed as I say , very little has changed for the worst over the last 15 years.

Oh come now, you give National too much credit!

They certainly did do things in their 9 years in power: sold half the companies on the open market, and also forced Meridian to sell the Tekapo dams to Genesis despite expert advice, and then give all of the revenue to the government as a special dividend, effectively saddling Meridian with some of the crown's own debt.

So actually they did worse than nothing - they deliberately undermined the energy system to help them return to surplus a little faster and ward off the "decade of deficits" they lied about Labour leaving them, which they themselves actually almost created.

A quick look suggests that New Zealands energy investment issues go back as far as 2001 so no matter your preferred political brand you can blame "the other lot".

Maybe it will actually take a few years of brownouts to trigger some real action in Wellington, if so that's certainly the direction we are heading.

https://www.nzherald.co.nz/business/transpower-issues-emergency-notice-…
So it was an HVDC cross arm failure which caused one (duplex) conductor to fall down across a road. So pole 2 of the HVDC is out of service. That will stop a lot of hydro power coming up to the North Island from the south.
These towers were upgraded some years ago with longer insulator strings to take the upgraded (higher) voltage lines. Nobody will know as yet what the failure mode is. Could be corrosion in between the (bolted) galvanized tower members. Or crevice corrosion under some repainting that has been done. Vibration.... Strong wind? Sometimes towers fail if one conductor gives way (resulting unbalanced loads) but that doesn't sound like what has happened here.Time will tell.

I would love to know how many spare towers we have in stock. The line up the Rainbow Rd to Blenheim/Nelson crosses the fault line several times. And the line from Benmore to supply the NI must be susceptible to the alpine fault letting go.

I doubt that there would be more than 10 temporary towers in NZ for 220kV AC. ie Really temporary guyed towers.. Not sure if there are any for the very high voltage HVDC though. If a big EQ happened there would be no HVDC for a year or more especially if the converter transformers carked it.. The valves themselves are suspended from the ceilings so in theory they should just swing about happily.
NB. These are guesses.

Transpower has to get permission from the EA to do a lot of maintenance and capital works because the recovery of these costs adds to the charges they make. EA regularly cuts back the programme. It will be very embarassing for the EA if work on this line was one of the items EA cut.

Yeah, I heard that they called in 'Scotty' from the USS Enterprise to sort it out.