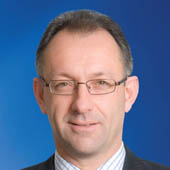 It’s the first time in the survey’s 24 year history that the finance sector as a whole has reported a net loss. The loss was a massive NZ$833 million negative swing from 2008’s NZ$172 million profit. Unsurprisingly the property development and commercial finance (PD&CF) company segment was hardest hit. Of the 10 companies in this sector included in KPMG’s 2008 survey, only six remain.

Three of those - Hanover Finance, North South Finance and St Laurence are in moratorium and Strategic Finance in receivership (See our deep freeze list). CIT Group Inc, the parent of CIT Group (New Zealand) Ltd, filed for bankruptcy in the United States during November. Others, including Orange Finance, Structured Finance and Primus Financial Services,  have fallen below the NZ$50 million total asset level required for inclusion in the survey. Mascot Finance was placed in receivership last year.

“This leaves [the Spencer family's] Equitable Group as the only remaining PD&CF company with what could be termed normal operations,” KPMG notes. Losses in the PD&CF arena reached NZ$332.2 million,  the equivalent of 32.2% of the segment’s total assets and up from a 2008 loss of just NZ$11.6 million. And the gross impaired assets of the PD&CF companies rose 122% to NZ$899 million. This was driven by Strategic and Hanover with increases of NZ$160 million and NZ$299 million respectively with the property market in limbo. This represented 75% and 83%, respectively, as impaired loans to total loan book.

The PD&CF segment had an impaired asset expense ratio of 45.6% reflecting NZ$624 million worth of impairment charges. Of the four finance company segments monitored by KPMG  – motor vehicle and vendor finance, PD&CF, diversified finance and consumer finance – the only profitable one was consumer finance with a NZ$1.3 million net profit. And even there overall assets fell 15%, or NZ$191 million, with Fisher & Paykel Finance accounting for NZ$137 million of the drop.

KPMG also notes that impaired asset expense - loan provisions and write-offs - have in some cases hit levels never previously imagined or considered possible. “The most dramatic examples are in the property finance segment where NZ$624 million was written off or provided for in the 2009 results.” The write-offs reflect the high proportion of second mortgages held by the property development and commercial finance lenders and, to a lesser extent, by diversified lenders like South Canterbury Finance who are exposed to property and the impact a property market slump can have on subordinated lenders. Total assets in the PD&CF sector tumbled 40.9% last year, on top of 2008's 31.1% fall, to just over NZ$1 billion.

Total assets for the full 31 company finance sector covered by KPMG slipped 5.4% to NZ$15.6 billion, reflecting an industry where "liquidity is paramount and an economy which has slowed markedly." KPMG also raises concerns about what's known as the Texas Ratio, or the ratio of impaired assets and 90 days and over arrears to capital together with loan loss provisions. The finance company sector overall has a 99.3% Texas Ratio, which KPMG says is very close to the unofficial 100% ceiling set internationally.

This ratio is, however, elevated by the PD&CF and consumer finance sectors respective 211% and 190% ratios. “In both cases this would suggest these segments are grossly undercapitalised, or under provided, against the issues to which they are currently facing. By way of reference the registered banks had a ratio of 26%,” KPMG said.