By Gareth Vaughan New Zealand's richest man is also its most indebted man, accounts detailing the scale of his global packaging empire show. Estimated by Forbes to be personally worth US$5.3 billion (NZ$7.5 billion), Graeme Hart's Reynolds Group Holdings plans to increase its debts to NZ$8.2 billion, accounts and statements show. 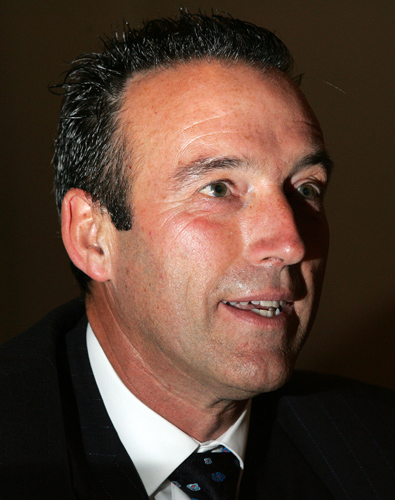 Hart, a former tow-truck driver who is also Australasia’s richest man, is looking to raise US$1.75 billion (NZ$2.5b) of new debt to help fund further consolidation of his global paper and packaging group that extends from Whakatane to Switzerland and Nepal. Reynolds' existing debt is rated as speculative grade or 'junk' by Standard and Poor's and Moody's and its own accounts have warned rising interest rates could wipe out its equity or trigger a default on interest payments. In a rare insight into the operations of the notoriously media shy Hart’s business, a 378 page annual report and 27 page management results presentation, from Reynolds Group Holdings have been supplied for holders of  €900 million (NZ$1.7 billion) worth of debt issued by a Reynolds subsidiary. The notes are listed on the Irish Stock Exchange but don’t trade through its regulated platform. Hart wants to use the new debt to fund the acquisition by Reynolds Group Holdings of another of his companies, the Evergreen Packaging group - formed through his acquisition of the United States domiciled Evergreen Packaging and Blue Ridge Paper Products in 2007 - and New Zealand’s Whakatane paper mill from Carter Holt Harvey. The deal is expected to be finalised in May, a brief statement says. Hart’s disclosure comes as speculation mounts that he may look to sell all or part of Reynolds Group Holdings, perhaps through a sharemarket float. A spokeswoman contacted by interest.co.nz at Hart’s Auckland headquarters said no one was available to comment. Both Standard & Poor's and Moody's have speculative credit ratings on Reynold Group Holdings. S&P's B+ rating, with a negative outlook, suggests a one in five chance of default within five years. Moody's has a B2 corporate family rating on the group. As of December 31 the group had borrowings of €2.96 billion and total equity of €401 million. Hart’s plans to absorb the United States based Evergreen and the Whakatane mill into Reynolds Group Holdings follow a similar deal last November when he transferred ownership of Closures Systems International and Reynolds Consumer from subsidiaries of Reynolds (NZ) Ltd to Reynolds Group Holdings. At the same time he issued US$1.125 billion and €450 million of senior secured notes, which pay interest of 7.75% and mature in 2016. Separately, the notes Hart has listed in Ireland include €480 million of senior notes paying 8% that mature in 2016, and €420m of senior subordinated notes paying 9.5% that mature in 2017. Hart started assembling his packaging empire after completing the NZ$3.3 billion Carter Holt acquisition, and delisting that company, in 2006. A wave of acquisitions worth several billion dollars included Switzerland’s SIG Combibloc, Alcoa's packaging and consumer business and Evergreen. €11 mln of profit on €2.8 bln of revenue Reynolds Group Holdings currently consists of SIG, the world’s second biggest maker of aseptic beverage carton packaging (which allows the likes of juice, milk, soups and sauces to be stored for extended periods without refrigeration) with 19% market share, Reynolds Consumer, the dominant US maker of foil, wraps and bags used for food storage and preparation, and Closures, the leading global provider of plastic bottle caps used for soft drinks and bottled water. The group produced 2009 revenue of €2.8 billion (NZ$5.3 billion) up 6% from €2.6 billion in 2008. Profit was just €11 million with costs, including €251.2 million of net financial expenses, eating into €563.5 million worth of gross profit. Although small, the profit was a turnaround from 2008's €128.1m loss. The annual report also notes that as of December 31, Reynolds Group had €973.6 million of variable rate debt, meaning an increase in interest rates, whether through an increase in market interest rates or an increase in the group’s cost of borrowing, would increase the cost of servicing this debt and “could materially reduce our profitability and adversely affect our ability to meet our obligations under the notes.” Meanwhile, the management commentary said Reynolds Group Holdings delivered a 28% rise in adjusted pro forma earnings before interest, tax, depreciation and amortization (with the pro forma aspect reflecting the likes of restructuring, realignment, raw material hedges, derivative instruments and asset impairment charges) to €665 million last year. The commentary also noted “continued progress” in adapting cardboard from the Whakatane mill for use in SIG’s cartons. At December 31,  debt was equivalent to 4.3x ebitda with management saying the group was committed to "constant, sustained deleveraging.” Forbes Magazine last month ranked Hart the richest person in Australasia for the second straight year. Forbes' annual billionaires list placed Hart at number 144 with a fortune of US$5.3 billion down from 110th last year although his net worth was up US$800 million. In 144th place Hart placed equal with Italian fashion guru Giorgio Armani, Greece's richest man Spiro Latsis and US investor Ira Rennert. Truly Global Scale Hart’s small team based on Auckland’s Quay Street run an international business whose international reach perhaps challenges Fonterra as New Zealand’s most influential global firm. Here’s an idea of its size and reach. Reynolds Group Holdings has: -          10,700 staff. -          About 1900 global customers including leading international blue chips, large national and regional companies and small local businesses. -          It supplied customers with 21 billion aseptic carton sleeves last year, 13.5 billion bags and 79 billion bottle caps. -          - About 45 million US households buy Reynolds Wrap (aluminium foil) each year. -           It spent about €1.3 billion last year on raw materials including aluminum ingot, plastic resin including polyethylene, plastic liner, steel, cartonboard and colorant. - It has numerous manufacturing plants and sales offices. The Closures business alone manufactures in 21 countries.  Group operations are found in the likes of US, Germany, Thailand, Nepal, China, Saudi Arabia, Argentina, Hungary, Peru, and the Philippines. - The group derives 45% of revenue from SIG, 30% from Reynolds Consumer and 25% from Closures. - Geographically 41% of group revenue comes from North America, 38% of Europe, 15% from Asia and 6% from South America. This was first published this morning in our Daily Banking and Finance newsletter, which is for our paying subscribers. Find out more here.