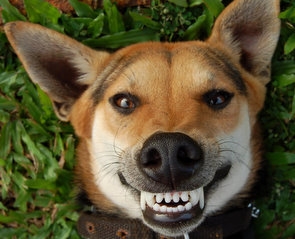 <p> This Australian-styled financial watchdog may get some very white, sharp and shiny new teeth.</p>

The Commerce Select Committee has reported back on the Financial Markets (Regulators and KiwiSaver) Bill which outlines the plans to establish the FMA. It recommends the retention of new powers proposed for the regulator, based on those already at the Australian Securities and Investment Commission's (ASIC) disposal, to either take action itself, or take over action brought by an investor, against company directors or the likes of its auditors or trustees, when it believes it's in the public interest to do so.

It does, however, propose changes to strengthen the rights of individuals whose cases the FMA could override.

The Lianne Dalziel-chaired committee said it considered carefully whether it was appropriate to introduce such a significant new power. Alternatives were to leave the issue to be developed further as part of the more comprehensive review of securities laws, or as part of a broader class actions bill.

"While we would also like to see progress on a class actions bill, we concluded that the power should be retained here, as it would form an important addition to the FMA’s regulatory toolbox, and bolster its ability to serve the public interest," the committee's report says.

"We see the power as valuable to allow the FMA to pursue inappropriate behaviour, by means including representative actions."

The FMA will replace the Securities Commission and take on some regulatory functions from the Ministry of Economic Development, including the Government Actuary , and sharemarket operator NZX. The Government says it's being established to "restore the confidence of mum and dad investors in our financial markets" after the demise of dozens of finance companies and other entities in recent years has put billions of dollars of investors' money on the line. See our Deep Freeze List here for full details on the failures.

The FMA is expected to be up and running from May and will be headed by former ASIC executive Sean Hughes. Basically the new ASIC style power would mean the FMA would be able to seek money or "other relief" for fraud, negligence, default, breach of duty, or other misconduct through civil proceedings against "financial markets participants" or individuals including company directors, auditors or trustees.

Meanwhile, the select committee notes that as proposed in the bill, a person whose right of action was being exercised by the FMA would have an opportunity to object to the FMA launching proceedings on their behalf. In such cases the FMA would need to obtain the leave of the High Court before exercising the power.

The committee is recommending amendments to strengthen the rights of individuals with a new subclause that would prevent the High Court from overriding the objections of individuals.

"This would mean that individuals would be free to opt out and take their own action if they chose. The time allowed for objections would also be lengthened from 10 to 30 working days, although the FMA would be able to act earlier if the person consented. If an individual had already commenced proceedings, the FMA could take over those proceedings only with consent. It should be noted that the new restrictions on the High Court’s power to grant leave would apply only to individuals."

If the party was a company or other entity, the High Court could still grant leave.

"This would allow the FMA, for example, to pursue negligent directors of a company on behalf of its shareholders. We consider this an important power to deal with breaches of directors’ duties." See Gareth Vaughan's opinion piece here.

"As introduced, clause 38 would require a person on whose behalf the FMA took a civil action to meet part or all of the costs of the action, if the High Court considered this fair and reasonable. We consider it more appropriate for the FMA to seek to recover costs from the defendant in the course of the litigation."

The committee is therefore recommending an amendment to give the FMA no absolute right to obtain costs from a person, but the court could order the FMA’s actual costs to be paid out of any damages awarded. It also recommends the insertion of new clause requiring the FMA to consult a person on whose behalf it was taking action, unless doing so might prejudice its ability to conduct the proceedings.

It's also recommending two new clauses related to the timeframes, or limitations, of actions. This would mean that if the FMA applies for the leave of the High Court to start proceedings, the date on which the application is filed must be treated as the date on which the claim is filed. Another new clause would make it clear that the FMA’s exercise of its power would not be limited to acts, omissions, or civil proceedings that occurred after commencement, but would also extend to prior causes of action or proceedings.

The committee is also proposing powers to combat low ball share offers, like the recent ones from Christchurch businessman Bernard Whimp, be beefed up along the lines proposed by Chapman Tripp partner Roger Wallis.

"As introduced, the bill would enable the FMA to require a warning about a low-ball offer to be published on the internet site of the person making the offer. As those who make such offers generally do not have websites, we recommend providing for the FMA to require its warning to be included in the offer documents of any person, or their associates, making the offer. We believe this would be effective, as the investor would receive the FMA’s warning at the time they considered the offer," the committee says.

"Our proposed amendment would also require the FMA to give public notice on its internet site of its reasons for making, varying, or revoking such an order, together with the terms of the order and any other information the FMA considered relevant. Such information might include the current market value of the securities, to enable investors to make informed decisions."

The committee also recommends that powers to part fund the FMA through levies on firms including banks be retained, albeit with some extensions to those who may be levied, but removing the separate levy regime in the Financial Advisers Act.  A discussion paper on where the levy should be targeted will be issued soon.

Commerce Minister Simon Power, who earlier today announced that he would leave Parliament at November's election, said he was committed to ensuring the FMA had the right tools to keep the capital markets working for mum and dad investors.

"This bill gives the Financial Markets Authority the power to exercise investors’ rights of action in the public interest, but ensures individuals can opt out if they wish. It also allows regulations to be made to prevent products being structured to avoid being supervised by the FMA," said Power.

"I'm pleased the select committee has retained the key changes to the regulation of securities markets – the new statutory oversight regime, the new exchange rule approval process, and the FMA’s ability to request rule changes and undertake real-time surveillance of market activity. In addition, the committee has recommended changes that target low-ball unsolicited offers," Power added.

"I was considering these measures (to combat low ball offers) as part of the review of securities law, but agree with the committee that they should be brought forward."

A classic case of the horse having already bolted and I doubt that anything will restore confidence to ma and pa investors other than a few public hangings from those criminals that partook in the frenzy. Or at the very least some long prison sentences, perhaps linked to the dollar amounts. Some of these guys needs to be thrown in the can for 20 years if there is going to be any deterent effect.

INHO the whole limited liability structure needs to be looks at, as this is the second time in the span of a generation where novice investors have been rorted.

Tell me Gareth is there any proposal to permit recovery of assets held offshore?

"Is there any proposal to permit recovery of assets held offshore?"

Nothing specific that I'm aware of scarfie.

Hows about we ask the Aussies to do the job for us?

A truely independent watchdog which has a rock solid track record.

The conflicts of interest in small town NZ are too much, the related parties, the botherways of this world etc.

We already have mirror legislation for companies, securities and other commerical law, it would not be that hard, plus it might even be cheaper.

It would immediately sure up confidence in the financial markets

I bet you the "teeth" they are blathering on about, turn out to be the gummy gob of a fat bureaucratic club of fools incapable of recognising a rort when it hits them on the head several times.

If they really wanted to get serious they would strengthen the rules around contempt of court.

If money can be shown to have been moved into trusts or offshore and a judge orders the money returned, then a refusal to do so should meet with the subject being detained under the contempt provision.

Beauty of this would be that the detention using this method would be indefinite unless the judges order is complied with.

Only chance of this ever happening though is if the judge had someone close to them burnt by the defendant.

Let's hope that the FMA pursues these hopeless Trustee Companies who have overseen billions of dollars of losses across Hanover, Strategic, Bridgecorp and the like.

At the moment it is the Trustees who appoint the receivers.  When those appointments involve millions of dollars of fees (incurred at the investors expense), the receivers are hardly likely to bite the hand that feeds them.

As goldenfox says above, let's get away from this cosy club and get some real independence involved.