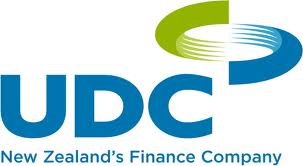 UDC, the country's biggest finance company, has recorded a near threefold rise in half-year profit as provisions for credit impairment more than halved.

An asset finance provider for plant, equipment and vehicles and a subsidiary of ANZ, UDC's profit after income tax rose to NZ$9.139 million in the six months to March 31, or by NZ$5.592 million, from just NZ$3.547 million in the same period of the previous year.

The lender had NZ$1.59 billion worth of secured debenture stock on issue at March 31, up from NZ$1.37 billion at September 30 last year. Of an NZ$800 million credit facility available on demand from parent ANZ, NZ$225 million is currently drawn down. Loans and advances rose NZ$22.35 million over the six months to March to reach NZ$1.991 billion.

The strong rise in half-year profit follows on from UDC's profit after tax for the year to September 30, 2010, which jumped nearly seven-fold to NZ$18.2 million after a big fall in credit impairments.